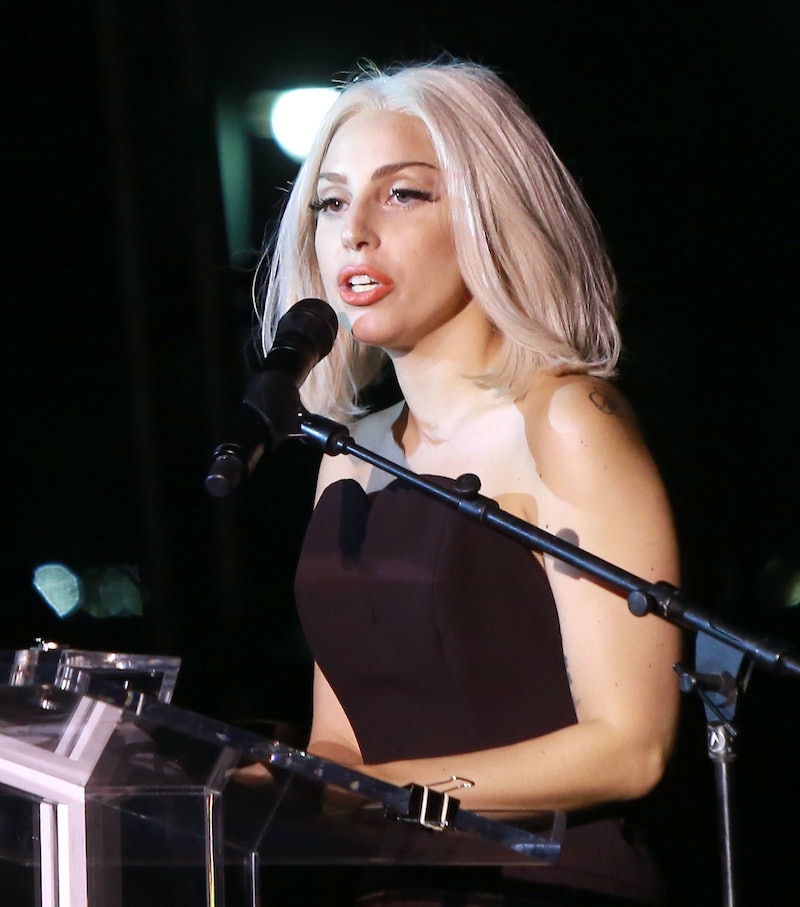 It makes sense that the new cover art for Lady Gaga's highly anticipated upcoming album Applause looks, fittingly enough, like a piece of art. That's because the singer, in addition to being a performer, is something of an avant-garde artist herself. (I mean, if you wear a meat dress and call it art, well, then I guess it's art!)

In fact, the eye-catching album — which The Huffington Post reports was shot by Inez van Lamsweerde and Vinoodh Matadin — looks like it could be hanging in a museum. Maybe that's because the photo of Lady Gaga (nee: Stefani Germanotta ) looking like her very own version of Pierrot, which is positively stripped-down and restrained compared to the pop star's usual garb.

It looks a bit like something that could have been painted by, say, Pablo Picasso, who interpreted clowns in a few of his paintings.

But it's not just the art world that Gaga drew inspiration from, she also seems to be taking a page from world famous pantomime Marcel Marceau.

Gaga has always had a bit of an Annie Lennox flair to her, but when you compare the cover of Applause to the cover of Bare, you can't help but start to notice it even more:

Actually, perhaps it's Courtney Love that she seems to be channeling more these days with the smeared makeup vibe.

We're just relieved she opted to go with the sad clown look instead of the scary clown look. Oh, who are we kidding, they are all scary.

Applause will be released on Nov. 11.