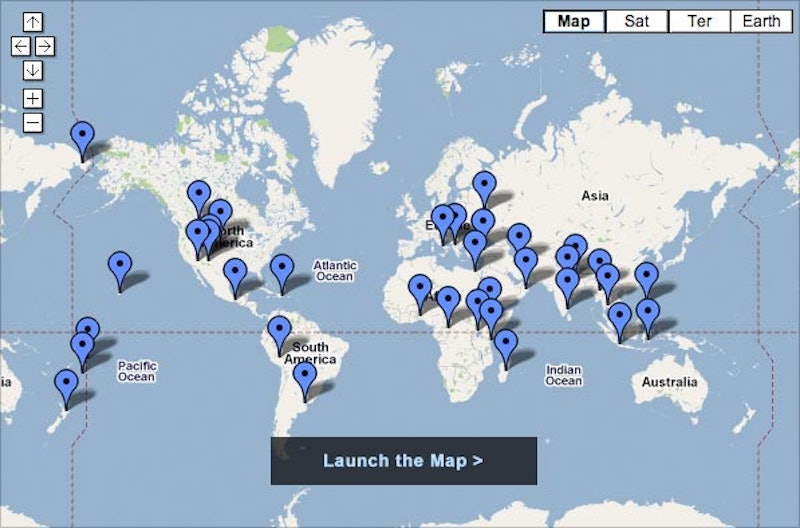 Federal and state governments all over the world are adapting existing policy or writing new legislation to be more inclusive of folks for whom gender identity is not black and white. What we don’t often hear in the debates is how progressive communities all over the world have historically integrated and celebrated non-binary (more than two) gender identities. Despite the socially conservative rhetoric (follow link at your own risk), LGBTQ equality is not new knee-jerk political correctness. The Indian Supreme Court refers to hirjas, a non-binary gender identity that appears in religious texts and ceremonies, in its decision — and historical and cultural acceptance of more than two genders is not unique to Hindu. Terms like “transgender” and “gender queer” may be relatively new to the non-native community, but Native Americans, along with civilizations all over the globe, have set a precedent for gender inclusion that we could stand to learn from.

Two Spirits, a film by director, co-producer, and co-writer Lydia Nibley, examines the non-binary gender identities that Native Americans have recognized for centuries. The Navajo term “two spirits” refers to a person whose soul embodies both male and female characteristics. The film weaves the story of Fred Martinez, who was nádleehí (assigned male at birth but whose spirit is female), with a general analysis of gender in Native communities. In 2011, at just 16 years old, Martinez was murdered in what is widely regarded as a hate crime in Cortez, Colorado.

The Two Spirits website features a handy interactive map that highlights civilizations with more than two recognized genders, and some may surprise you.

Have a click around yourself, but here are a few of the most interesting (in my humble opinion):

1. Muxe or Muxhe (Zapotec of Oaxaca)

In matriarchal Zapotec culture, the muxe are revered.

“Well over a quarter of the town's male population were thought to be muxes, or transvestites. Homophobia was another stranger here. "If you have a son in Juchitán, people will try to cheer you up", they'll say, 'better luck next time' or 'perhaps he'll be a muxe'." – A journalist visiting Zapotec for The Guardian

Muxe are people who are assigned male at birth but whose gender presentation is traditionally female. Some dress as women while others prefer masculine dress with made-up faces. Although some of the muxe occupy “white collar” jobs, many undertake work that is traditionally female in that culture, including embroidery. In recent years, muxe has also come to refer to gay men (though, in reality, being gay and being transgender are two very different things).

Indigenous people in Nepal recognize meti as a third gender. Metis are assigned male at birth but present as female in dress and behavior. The fact that they are culturally recognized, though, doesn't mean that theirs is an easy road. For the past 30 years, Metis have most often made their money through sex work. Gender identity and sexuality are falsely conflated; metis are attracted to cisgender men and do not identify as gay. Metis are often subjected to violence and discrimination by police and corrupt gangs who call themselves “Maoists.”

In the 1970s, ethnographers discovered a “heritable pseudo-hermaphroditic trait,” creating a recognized third sex AND gender identity. The Guevedoche’s external genitalia classifies them as female at birth, and most are raised as girls. They develop male physical traits at the onset of puberty and often live out their lives as guevedoche — a term that roughly translates to “testicles at twelve” — a third sex and gender identity.

Perhaps Americans are slow to accept multiple gender identities because it’s easier not to. Two genders (male and female) and two sexualities (gay and straight) allow for a quick and dirty categorization of people. Many of us don’t know how to ask someone how they identify or which pronouns they prefer (He? She? Hir? They?) The more options, the less clear our choices are. But as the map brilliantly illustrates, complex sexuality and rich gender diversity are cultural realities all over the world.

Questions of identity and inclusion have been answered in various ways, in various places and in various centuries; India is the latest. We can no longer use “I don’t know how so I’m not going to do try because it’s hawrd” as an excuse not to honor gender diversity. We have a multitude of set precedents from which we can draw inspiration!

Sorry haters, but we’ve been slowly killing the gender binary myth for centuries and we’re not stopping now. When your grandmother whines that our generation is too politically correct, show her Two Spirits. Talk to her about Padmini Prakash and India's recent Supreme Court decision. It's our turn to be international leaders in equality for gender diverse people.

More like this
10 Thanksgiving Alternatives You Can Celebrate This Month
By Katie Mitchell
Iran Has Issued A Death Sentence Over Mahsa Amini Protests
By Catharina Cheung, Darshita Goyal and Maxine Harrison
Ayurvedic Principles & Family Are At The Root Of Fable & Mane
By Justine Knight
It’s About Time Black Girls’s Voices Were Heard – & 'Girlhood Unfiltered' Is The Start
By Paula Akpan
Get Even More From Bustle — Sign Up For The Newsletter