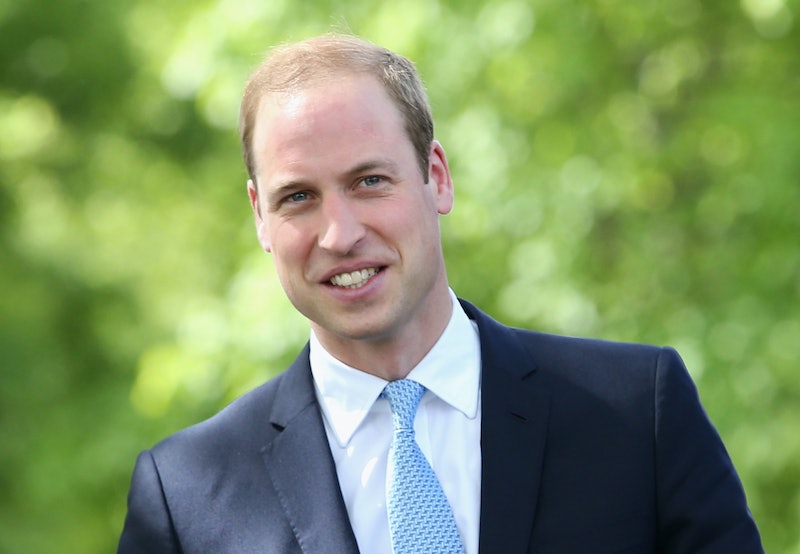 Prince William is probably not be the first person you think of when it comes to knowing what's hip. You wouldn't look to him for fashion trends or expect to hear his opinions on new movies in an interview. And, as was recently confirmed, he doesn't exactly have great tastes in music. Prince William's favorite bands are Coldplay and... wait for it... Linkin Park. Yep, the same Linkin Park that you thought was so cool in 8th grade because they were rock and rap. Nope? That was just me? Okay, then.

Prince William visited a high school in East Yorkshire, England to announce a new award for school children. You know, some kind of royal, charity, we're-awesome-nice-people thing. But none of that is important because he also spoke to the school band about music. Reportedly, William was asked to play the drums by a student and responded, "I used to play the piano, trumpet and drums when I was your age but I couldn't read music. There's only so much you can remember from the top of your head."

And then he got to the good stuff. When asked about his favorite bands, he responded, "I really like Coldplay, Linkin Park." Now Coldplay is acceptable. They're British, they're appropriate for an adult, they're calm enough for a royal. But then there's Linkin Park. Linkin Park apparently still puts out music, but have you heard anything since Hybrid Theory? Did you even remember that album was called Hybrid Theory? Are you having flashbacks to a time when you tried so hard and got so far but in the end it didn't really matter? Am I blowing your mind right now?

It's hard to know what to make of this news. On the one hand, it's like, "Prince William, really? Linkin Park?" but on the other, Prince William really threw a curve ball with this one and I, for one, appreciate the unexpectedness of it all. Straight-laced Prince William listening to Linkin Park in the palace. Definitely didn't see that coming.