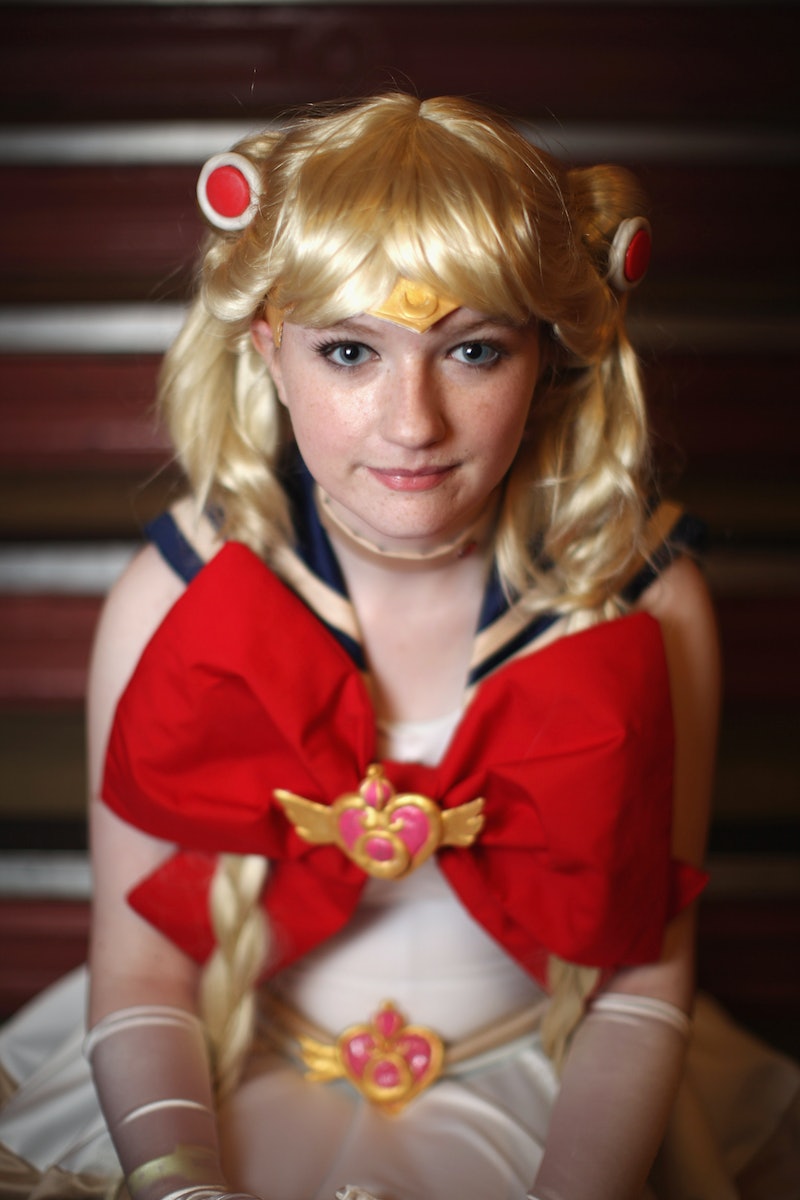 Get excited: '90s-staple (and anime gateway drug for many) Sailor Moon is getting a reboot — and the trailer was released on Thursday! Yep, Sailor Moon Crystal looks, if possible, even more adorable than the original, as anime technology/illustration has made some real leaps and bounds over the past 20 (!!!) years. It's slated to stream internationally on July 5th, and that date can't come soon enough.

Now, I don't know about you, but I grew up watching Sailor Moon. I was the kind of devoted fan that forced her mother to sew her and a friend matching Sailor Moon costumes back in Kindergarten. I even put on the Sailor Scout uniform again in high school — some friends were doing all nine planets plus Sailor Chibi Moon and Tuxedo Mask, and I wound up getting typecast as the bookish Sailor Mercury.

I'm not opposed to donning the sailor get-up a third time for some Halloween party to come, but I can't help wishing it was something I could wear on a daily basis. As that's largely socially unacceptable, I found myself daydreaming about ways to incorporate Sailor Senshi-inspired pieces without going full cosplay/creepy schoolgirl — and here are the fruits of that wishful thinking.

Ankle strap shoes seem to be the shoe of the moment (they're everywhere!), and I can't help but think of Sailor Venus and Sailor Neptune when I see them. And honestly, they're the best two to be taking fashion advice from (with the possible exception of Sailor Pluto, who's a fashion design student). Sailor V in particular would get a kick (no pun intended) out of these Dolce Vita heels.

If you're more of a tomboy, like fan-favorite Sailor Jupiter, you might eschew ankle-strap heels in favor of lace-up booties (which are incidentally, also very in right now). And since you know Sailor Jupiter would want stomp-worthy boots, these Frye lace-ups are a great option.

Sailor Moon herself wore tiny dangling moon earrings. I remember them clearly, as they were the main reason I wanted to get my ears pierced. Here's a more subtle version from Catbird.

You know Sailor Moon would be all about this bag — though she might want it in pink. It's slightly reminiscent of the bows on her Sailor Moon get-up yet eminently on-trend. This Kate Spade tote will definitely help you apprehend baddies with all your girlfriends; it's like the purse version of the millenium crystal.

The onesixfive Ollie Ring is sure to delight cat fans and Sailor Moon fans alike. Plus, it's Luna and Artemis approved!

Sailor Neptune and Sailor Pluto can probably both get behind this green hairdo. And if green's not really your color, you can always take inspiration from Sailor Chibi Moon or Sailor Mercury!