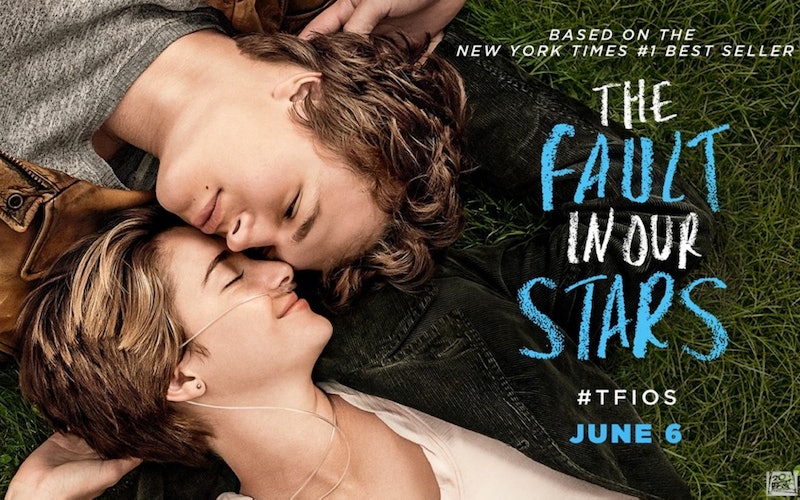 Last week, box office predictions had The Fault In Our Stars performing a damn respectable $30 million opening box office weekend. This was, as many fans would tell you, a vast underestimation of the community that surrounds John Green and his many enterprises. Accordingly, TFiOS ' box office is now at almost $50 million.For comparison it's good to look at Edge Of Tomorrow, which also opened this weekend. Like TFiOS, Edge has been getting generally favorable reviews (Rotten Tomatoes has them both in the 80 percent range of "fresh"). Edge, though, was made for about $100 million more than TFiOS, and has pulled in around $33.6 million — a number that would have been respectable for TFiOS but that's considered pretty disappointing for a big budget action movie.

TFiOS, is should be noted, did take a hit this weekend, though a slight one considering how much it's already taken in: Numbers went down about 52 percent Saturday, which will just make it all the more interesting to see how this all shakes out for the film in coming weeks. Will it be buoyed by good word of mouth and keep on keeping on as strongly as it has been, or have all the Nerdfighters already rushed to the theaters to cry their eyes out? For Hollywood and the YA communities they're looking to cash out on it's an interesting experiment.

More like this
Florence Pugh Won’t Discuss Harry Styles Sex Scenes In 'Don’t Worry Darling'
By Grace Wehniainen
Here’s Where Manti Te’o Is Now
By Arya Roshanian
Everything To Know About 'The Hunger Games' Prequel Movie
By Grace Wehniainen and Radhika Menon
What's New On Netflix: A Third '365 Days' Movie & Lili Reinhart’s New Film
By Arya Roshanian
Get Even More From Bustle — Sign Up For The Newsletter