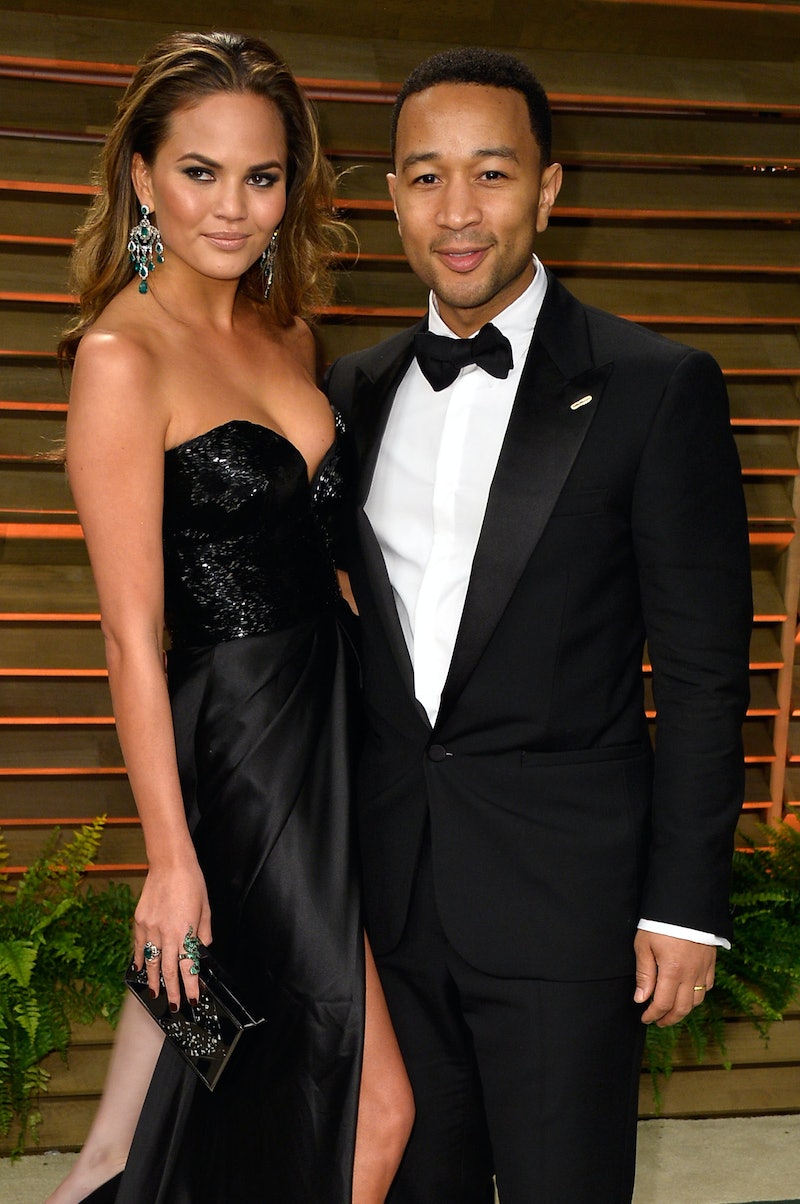 Is there a better way to kick off your week than looking at cute puppy photos? I don't think so which is why it's so great that one celebrity couple has provided us with just that. Chrissy Teigen and John Legend's new dog is absolutely adorable and will make you want to run to your local SPCA and get one of your own. Teigen and Legend adopted a French Bulldog named Penny on Sunday and have been sharing photos of her online ever since.

Their new dog has only three legs or, as Teigen puts it, is a "little tripod." Teigen spoke with People magazine at Spike TV's Guys' Choice Awards and explained, "She has been abused, and we are so excited to welcome her to the family." Legend didn't join her on the red carpet because he was picking up Penny in South Carolina. Teigen expanded on her new dog's situation on Twitter saying, "I won't get too into it but let's just say her first family were buttheads and we are happy to shower her with love for the rest of time!"

People also asked Tiegen about whether or not she and Legend are planning on having children anytime soon or whether it's just dogs for now — which is a silly question because dogs are awesome and babies are poopy — and Teigen responded, "If dogs are the starters for babies, we should have three or four babies by now. I like to think of ourselves as working on babies all the time. And working on getting dogs all the time."

Penny on her way home:

Penny and her new sibling:

And Pippa just because the more puppy pics, the better: