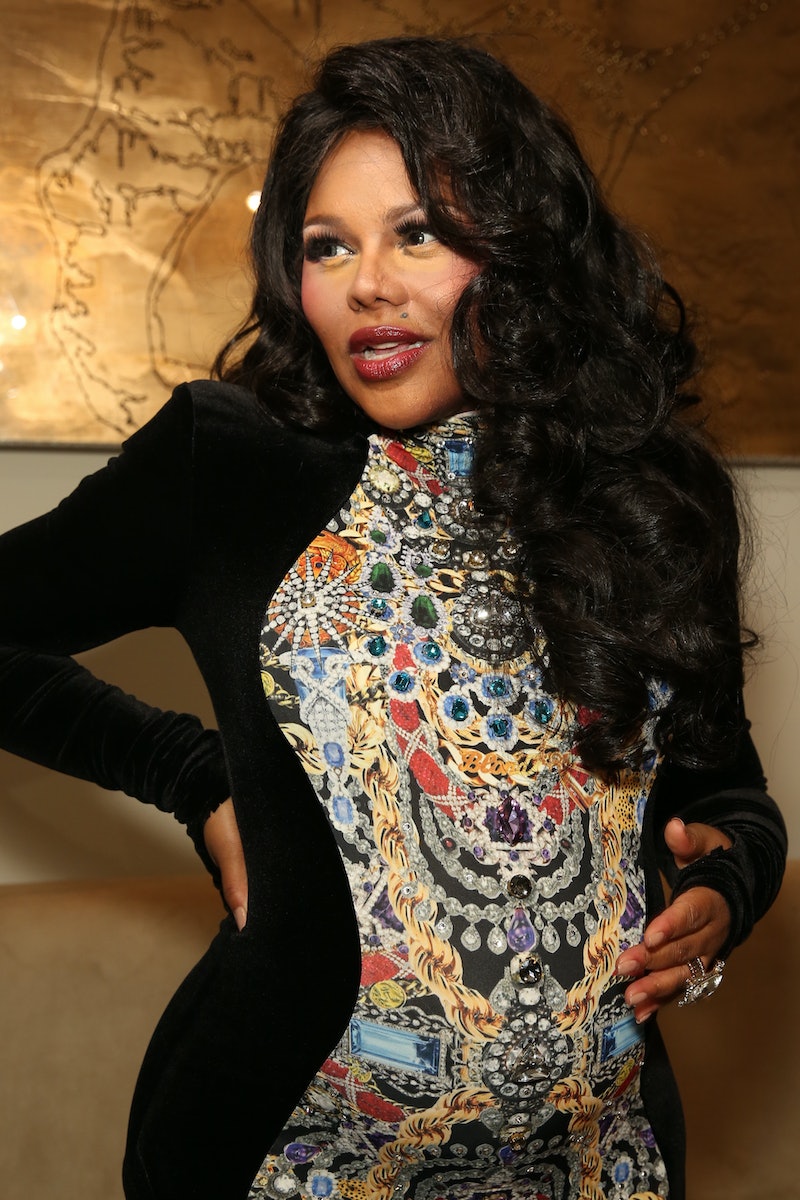 After revealing her pregnancy at New York Fashion Week in February, when she was already several months along, Lil Kim has welcomed a baby girl and her name is fit for rap royalty to say the least. Lil Kim named her daughter Royal Reign. According to sources, Kim gave birth on Monday, June 9 at 9:58 a.m. at Hackensack University Medical Center in New Jersey. Royal Reign is reportedly 6 pounds, 5 ounces and measures 19.5 inches long. Her father is rapper Mr. Papers, Kim's boyfriend of two years.

Who knows why so much detailed information on the baby is available, but it comes as a surprise seeing as Lil Kim kept her pregnancy a secret for so long in the first place. When she revealed her pregnancy at The Blonds fashion show in February, she was clearly pretty far along and now we know for sure that she must have been about five months into her pregnancy at that point.

No one could have guessed Kim would name her child Royal Reign, but the moniker's theme isn't exactly surprising. Kim has been known as Queen B for years and the nickname comes up often in her songs and just last month she celebrated new motherhood at a royal themed baby shower. Kim told In Touch at the time, "Everything had a royal twist. At the beginning of the party, I was announced as The Queen with two trumpeters and even wore a crown!"

Royal is the first child for Lil Kim.

Congrats to the new mama and papa! And welcome to Royal Reign!