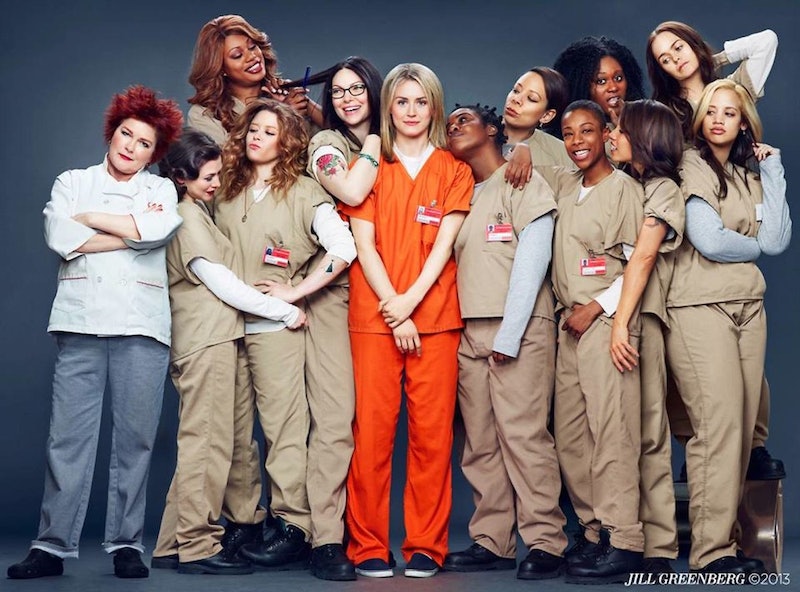 Not only does Orange is the New Black — whose eagerly anticipated Season 2 became available to stream on June 6, much to the delight of binge-watchers everywhere — have one of the most diverse and talented casts, it's one of the biggest ones. We're talking Game of Thrones-levels of sheer volume of characters. Even with just 26 episodes to date, it can be a little bit hard to keep track of who is who and who did what on the Netflix prison dramedy. That's where we come in.

Now that we've seen all of Season 2, we know a little bit more about some of the inmates of Litchfield prison, including the crimes they committed that got them locked up in the first place. Here's a rundown of some of some of our favorite OITNB characters from both Season 1 and Season 2 and what they're in for. (Another thing that's so great about this show: even in the third season we'll still be learning about some of our main characters and their history. See: Unknown.) It goes without saying if you haven't seen Season 2 yet, but SPOILERS AHEAD!

Yoga Jones: Manslaughter of a minor