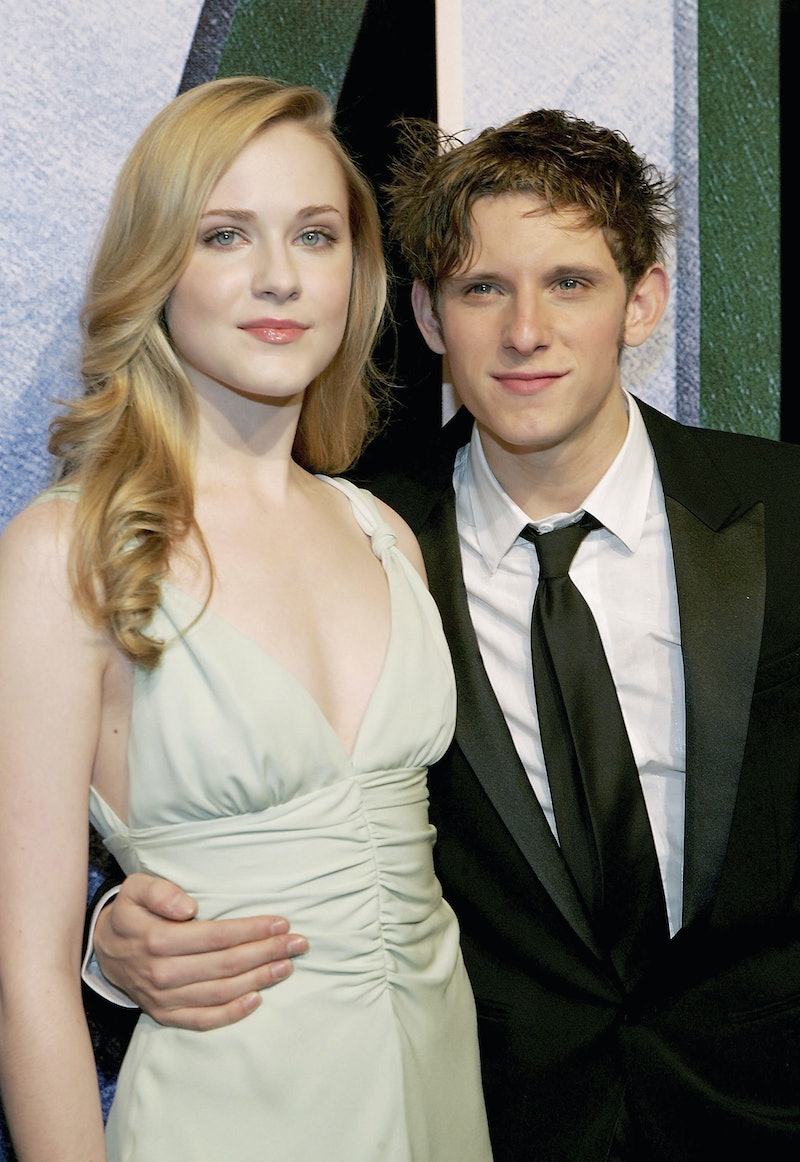 Billy Elliot is surely dancing tonight. Jamie Bell, the actor who played the young dancer in the 2000 drama, welcomed his first child with actress Evan Rachel Wood, according to Us Weekly.

On Monday, Us tweeted the news from Wood's rep, who said that The Wrestler actress "and husband Jamie Bell are parents to a beautiful boy. Parents and baby are all doing well."

Bell and Wood, who married in October 2012, have plenty to celebrate with the next step — the duo have had an on-again and off-again relationship since 2005, when Wood met Bell while filming the music video for Green Day's "Wake Me Up When September Ends." The pair split in 2006 — and, one year later, Wood enjoyed a very public relationship with shock rocker Marilyn Manson — but rekindled the romance five years after the break-up in 2011.

This means it's only a matter of time before Wood can return to one of her passions: Pot. Though the actress had told press that she's "over the moon" about her pregnancy, she has also tweeted about the one craving she can't enjoy:

But the actress has tweeted plenty about her joy for her bundle of joy:

More like this
Kaley Cuoco & Tom Pelphrey Just Made Their First Public Appearance As A Couple
By Hugh McIntyre
Is Megan Fox Pregnant? MGK Gave A Shout-Out To Their “Unborn Child” Onstage
By Hugh McIntyre
Scott Disick’s First Time Around Kravis Was “Awkward,” To Say The Least
By Jake Viswanath
Sanditon’s Theo James & Wife Ruth Kearney Are Embracing Family Life
By Aoife Hanna and Sabah Hussain
Get Even More From Bustle — Sign Up For The Newsletter