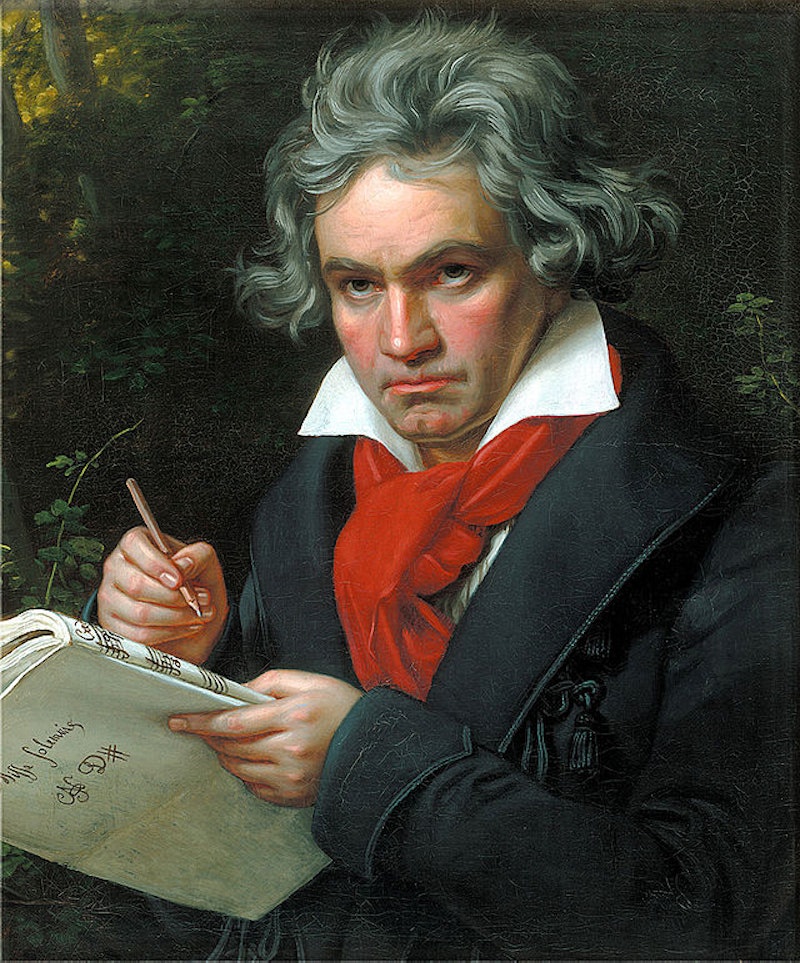 Remember a little while back when we took a look at the daily routines of geniuses like Maya Angelou and Charles Darwin? Well, we’ve got some new data from the same source — the folks behind Daily Rituals: How Artists Work — that sheds a little more light on one particular area of each genius’ schedule: Bedtime. The infographic seen below delves into what the sleep patterns of extraordinary people are like, and they’re… not actually too different from those of us normal people.

Regardless as to what they say about brilliant minds working better at night, this isn’t really the case: Almost all of the 27 geniuses included in this infographic kept regular hours, with most of them being asleep by midnight and awake by 9am. Beethoven slept from 10pm to 6am; so did Victor Hugo; Tchaikovsky was in bed by midnight and awake at 8am; and even though Vladimir Nabokov stayed up until 1am, he was out of bed by 7am. There are a few outliers, of course — F. Scott Fitzgerald slept between 3:30 and 11am, for example, and while Gustave Flaubert was writing Madame Bovary, he went to bed at 3am and woke up at 10am — but by and large, these geniuses slept (or sleep, as the case may be — Haruki Murakami and Marina Abramovic, among others, are still alive) at night at worked during the day. Here, take a look (click to see the whole thing): After perusing this image for a while, I got curious about whether or not the sleep schedules kept by the kinds of people who compose The Magic Flute or write War and Peace line up with what we know about when humans are most productive. It turns out they do — but probably not for the reasons you think. Research shows that there are no exact times of day at which every single person is more or less productive. The majority of humans tend to be at their best in terms of productivity during the morning hours, but it still varies on a case by case basis. Maybe this explains why I always do my best thinking in the shower, regardless as to the time I actually get myself in it in the morning.

Of course, those daily routines we talked about previously probably had a great deal to do with each genius’ productivity; the same is true of non-geniuses. Developing good work habits, like the “do it now” habit and the “do it right” habit, will allow you to get the most out of your work hours, regardless as to when you sleep — even if you’re not, y’know, Immanuel Kant. And if you need a little help getting to sleep in the first place? Give one of these sleep apps a shot. They won’t guarantee a great night’s sleep, but a little nudge in the right direction might be just what you need.