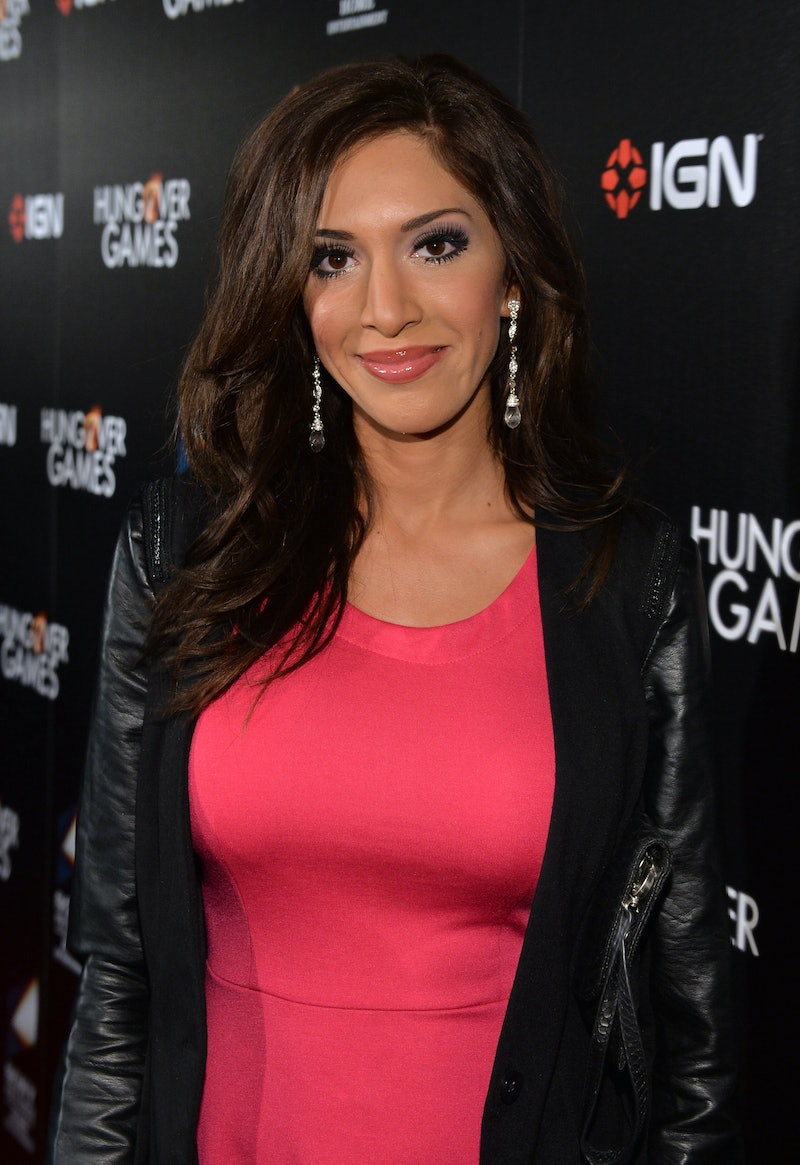 Because everyone wants to hear Teen Mom star/porn actress-ish person/erotica author Farrah Abraham's views on feminism, Gawker interviewed Farrah in advance of the release of her new book Celebrity Sex Tape: In the Making (her version of O.J. Simpson's If I Did It, as Gawker puts it) and asked her a wide variety of questions. These included, but were not limited to, are you a feminist? who are your favorite authors? what does this line in your book mean? She has at least some sort of answer for everything, but is also confused about a lot. Really, the whole thing is just confusing. Not only in that Farrah isn't great with words and has trouble explaining herself, but because she's weirdly endearing particularly in how willing she is to admit she doesn't understand everything.

For instance, when Farrah is asked if she's a feminist she says, "For women? Yes. I mean, I kind of feel like women who call themselves feminists kind of aren’t for women." Then she mentions the name Bethenny Frankel sort of under her breath and one of the interviewers says she saw Farrah on her talk show and wants to know why she brought her up. Farrah says, "She wasn’t really for sex toys or anything, so I don’t really know what’s going on with her." Clearly, Farrah Abraham is not the person to look to for a lesson in feminism, but after seeing the interview, I would guess that she feels the same way.

When it comes to her book, Farrah is similarly confused in an open sort of way. Did she write the book herself? "I write it by myself and I have some editors that help me remember ‘spelling is important, we want other people to read this.'" Does she know what an analogy in the book that she wrote herself means? Not really. "I think it’s for your own interpretation... I write things and I think about it in my own head maybe more serious."

She also doesn't hold back when it comes to explaining the differences between herself and her book's lead character Fallon Opal but does so in a way that is purposely supposed to make people intrigued. She says herself, "I'm kind of happy that there's this, 'Farrah lies,' and all this other stuff to make people even question more, like, 'Am I gonna read more of what Farrah really does or is this really Fallon Opal?'" Making the difference between Farrah and Fallon even more indecipherable is the fact that Farrah posed for photos for the novel with a Fabio look-a-like.