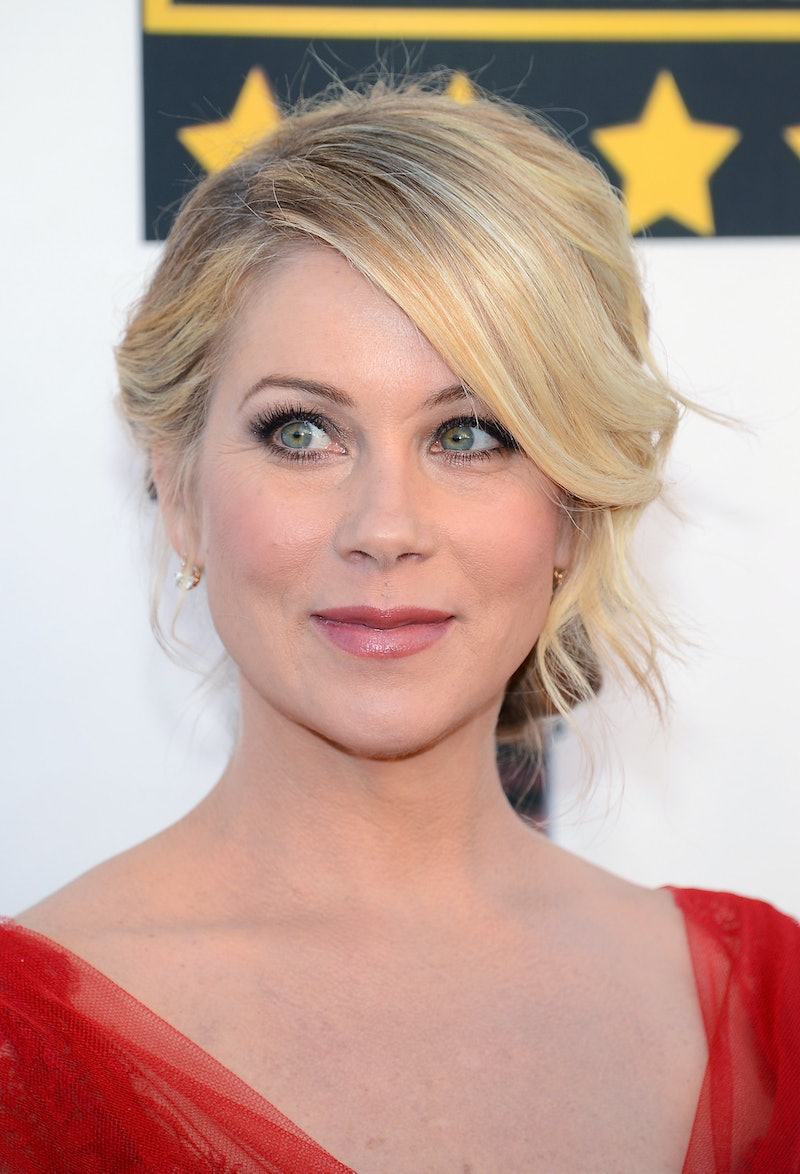 Being a guest judge on a reality competition can be a tricky spot to be in. To be honest, it's rare that we even notice the guest judge sometimes. That's not the case with Christina Applegate, who is a guest judge this season on So You Think You Can Dance after having done so several times before. Spoiler: She is one of the best guest judges to ever appear on a reality show, period. And it probably has something to do with Applegate's dance background.

Often, the guest judges on shows like SYTYCD and American Idol only have the tiniest amount of expertise in the area, and they will only offer up positive feedback, like "Well, you look great tonight" or "At least you were able to hit some notes. A for effort," because, hey, they're only in the hot seat temporarily and probably don't want to ruffle too many feathers during their time there. Applegate, however, knows what she's talking about.

Applegate is so great because she actually offers constructive feedback for the dancers so that they can learn from their mistakes and triumphs in their routines and become better dancers. There's none of that fluff that most guest judges like to impart on the contestants, because as a life-long dancer, Applegate knows more than a thing or two about the subject.

Since Applegate was a young girl, she's been a dancin' fool. Applegate grew up studying dance, such as jazz and ballet. In her breakthrough role as teenager Kelly Bundy on Married with Children, she even cut a rug in one episode, performing a sultry routine to a '90s-tastic version of "Fever." Her supposedly "hot" dance partner looked kinda skeevy though, no? When she wasn't filming for Married with Children, Applegate danced 15 to 20 hours per week. She would continue to dance regularly until she was 27.

In the early '90s, Applegate's roommate was Robin Antin, another SYTYCD guest judge who is famous for creating The Pussycat Dolls. Can you imagine the parties these two must've thrown? Back then, Applegate actually helped Antin develop what would become the group of burlesque dancers and singers by letting them polish their act in her basement. Applegate would go on to join The Pussycat Dolls onstage (below) to perform as one of the group's honorary members.

For someone who has been obsessed with Fosse all her life, it must've been a dream come true for Applegate to star in Sweet Charity on Broadway, originally choreographed by the man himself. Applegate sang, kicked, and waved her little jazz hands all the way to earn a Tony nomination for Best Actress in a Musical for her performance. Not bad for someone who had injured her foot during an out-of-town tryout of Sweet Charity just months before it opened on Broadway.

Applegate hosted Saturday Night Live in 2012 and wowed us once more with her smooth moves. She burst into song and dance during her monologue and also bust a move during a sketch where she played a dance instructor trying to teach her class the Fosse method. She really embodied the Broadway star attitude perfectly and her dancing was on point, naturally.