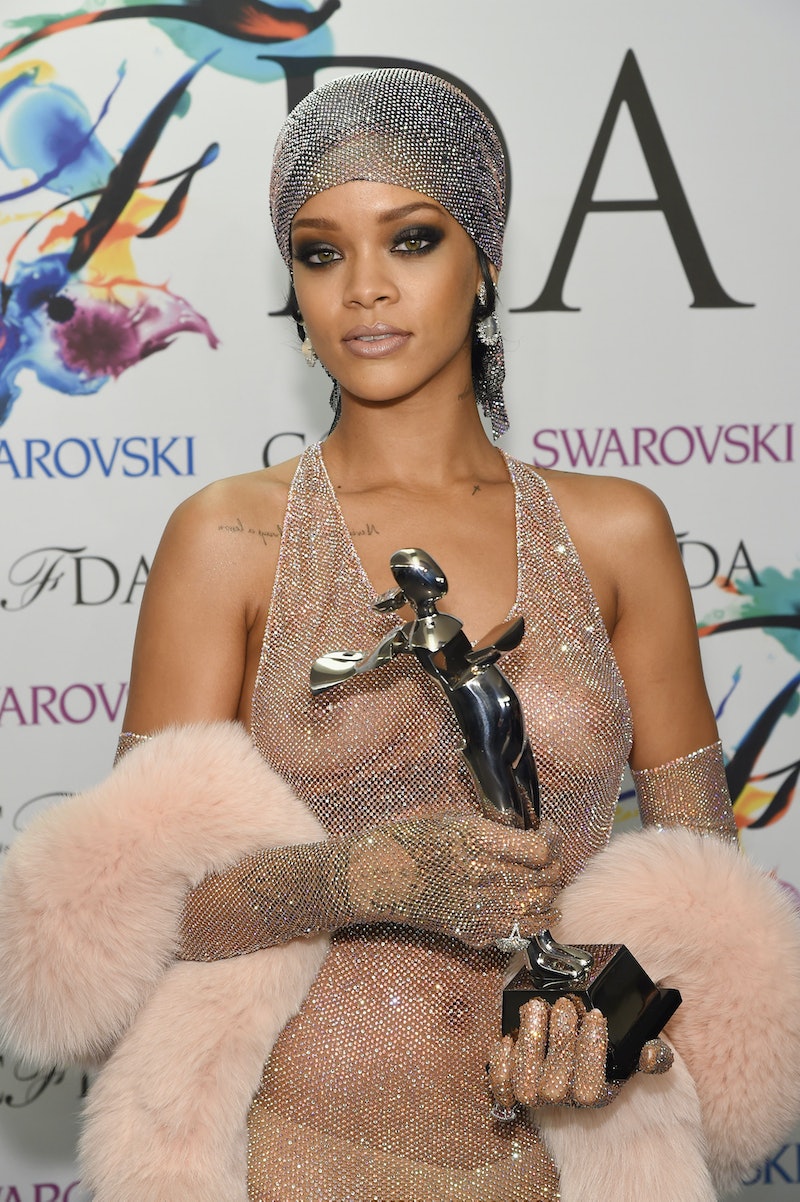 If you were looking forward to hearing more about Rihanna's feud with TLC, maybe settling in with some popcorn and some fight music lightly playing in the background, prepare to be disappointed. Apparently, and thankfully, TLC never slut-shamed Rihanna during that interview that introduced the phrase booby cakes to the zeitgeist. In fact, they never said anything about Rihanna at all. While Rihanna's see-through dress is all that we can talk about, TLC have been touring in Australia and had never even seen the thing.

TLC sat down for an interview with a Sydney radio station to clear the air on what sparked the feud and, according to them, the real cause was bad interview editing. "You heard me say something like, 'Every time we see you, you don't have to be naked,' and then [the interviewers] put her picture up," explained Tionne "T-Boz" Watkins. She later swears that this was "never about [Rihanna]".

Of course, that might not be much of an explanation considering the other controversial comments TLC made during the Live @ Sunrise Australia interview. They came down hardcore on women who "sell sex", even proudly declaring that they became the biggest selling girl group with all of their clothes still on. That turned out to be part of a larger point they were making about how women in the industry will often hear and often be pressured to take their clothes off to get ahead in their careers and TLC simply wanted them to know that it didn't have to be like that.

That doesn't mean that hostilities with Rihanna are completely buried, however. "I understand that the job that we have that comes with it. But what is not cool is when we have a problem with an artist or if an artist has a problem with us, directly talk to us," said Rozonda "Chilli" Thomas. "Don't start a Twitter war. That's silly."

Chilli was referring, of course, to Rihanna's response to the interview. Rihanna changed her Twitter wallpaper to a picture of TLC posing topless and then send out a series of tweets, one of which read, "When there's no changing the fact that I'm me, and they're well...they're them."

Both ladies of TLC expressed their disappointment that Rihanna had chosen such an immature way to deal with the conflict rather than contacting them personally to clear the air. They expressed equal disappointment in Rihanna's fans, who have been dissing TLC on Twitter with everything from disparaging one-liners to outright death threats. And it makes sense that, as women of the '90s generation, TLC wouldn't see a Twitter feud as the best way to handle your problems. They've been in the game way too long for that.

Then again, this invented feud brought them to the public eye in a way they haven't been since their heyday. While they might not have been talking about Rihanna specifically, there's a chance they underestimated the impact that their words would have on artists who are as comfortable and free with their bodies as Rihanna and want to shut this story down before it ruins their chances at a comeback.

However, it's also true that TLC aren't really the type to backtrack on anything that they've done and said, so maybe it's time to put this pseudo-feud to rest once and for all. Check out TLC's interview below and decide for yourself if they're telling the truth or not.