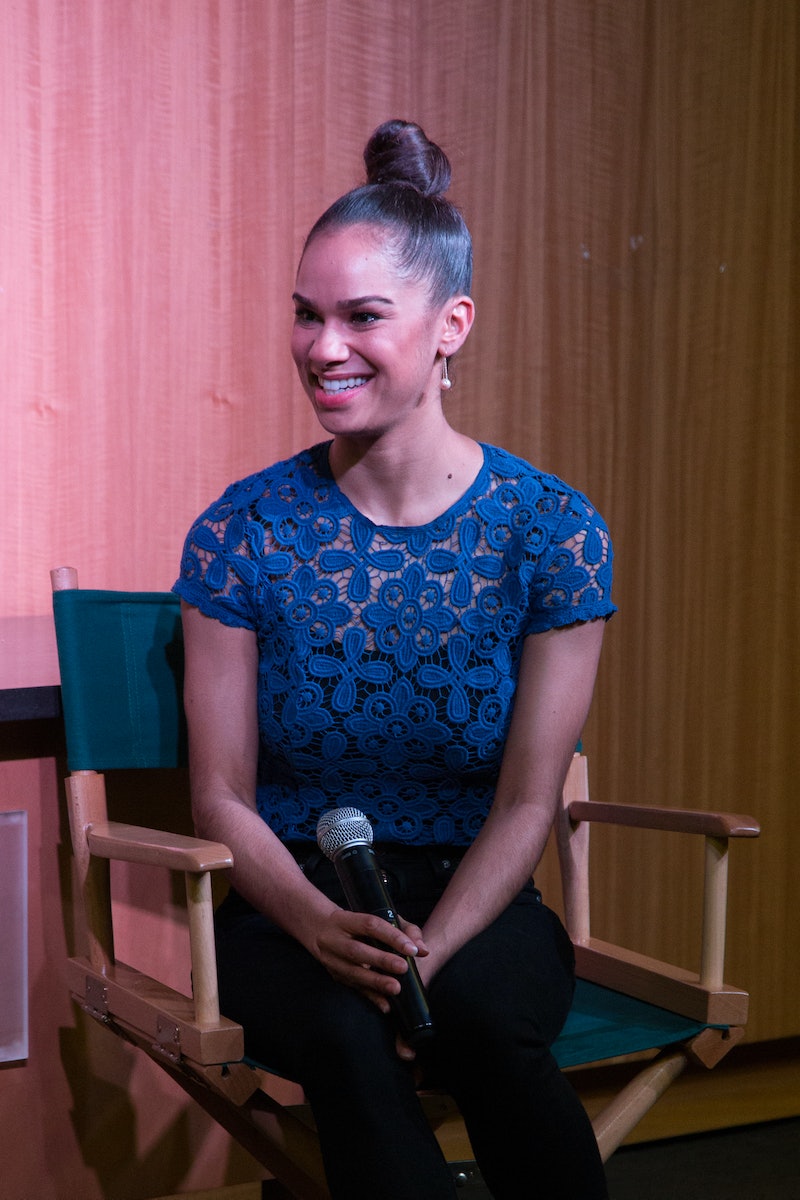 Season 11 of So You Think You Can Dance continues Wednesday night with the audition tour stopping in Philadelphia, Pennsylvania. Joining "Scream Queen" Mary Murphy and executive producer of the show Nigel Lythgoe for this leg of the SYTYCD auditions is Misty Copeland, a renowned ballerina who is practically a legend in her own right. Copeland has been making waves in the dance world, starting with quite an incredibly fascinating story about how she became a dancer in the first place. In fact, it's the kind of story that is perfect for So You Think You Can Dance television.

Misty didn't actually begin training in ballet until the age of 13, but by the age 15, she won first place at the Los Angeles Music Center Spotlight Awards and the Los Angeles Times named her the best young dancer in the Greater Los Angeles area. But of course with so much talent, comes drama. Misty's dance teacher and her mother were locked in a heated battle of custody over Misty her initial successes. The entire saga was splashed all over the media, including a long Los Angeles Times featured that examined every grueling detail of the story with accounts from Misty, her dance teacher and her mother. Misty continued to just dance through the drama and at just 17-years-old, she was offered a spot dancing at the American Ballet Theatre Studio Company in 2000.

The opportunity to work with ABT was not one that Misty took lightly. Just one year into her time with the company, she joined the Corps de Ballet and in 2007 she was appointed a soloist in the company. This made her the third African American female soloist in the history of ABT, and the first in two decades. She had dozens of solo roles in the company and also expanded her dance to other countries and other programs.

Even Prince Wants a Piece

Her first foray into other styles of dance and performing arts began when she was handpicked by legendary recording artist Prince to star in the music video of his song "Crimson and Clover" and was a special guest artist at his concerts in France of July 2010. Since then she's worked with Ne-Yo, documentary filmmaker Morgan Spurlock and fashion designer Rachel Roy. And even with all this pop culture recognition, Misty continues to excel in ballet, performing all over the globe in festivals, individual programs, and much more. All of that is extremely impressive but seriously, Prince wanted her for one of his videos. That's when you know someone's really made it.

It'll be really interesting to see how Misty judges these up and comers on the SYTYCD stage, especially the younger contestants. She's definitely got enough insight to give them when necessary from her personal drama to her extreme level of success and talent. In all seriousness, she might be my new dance idol.