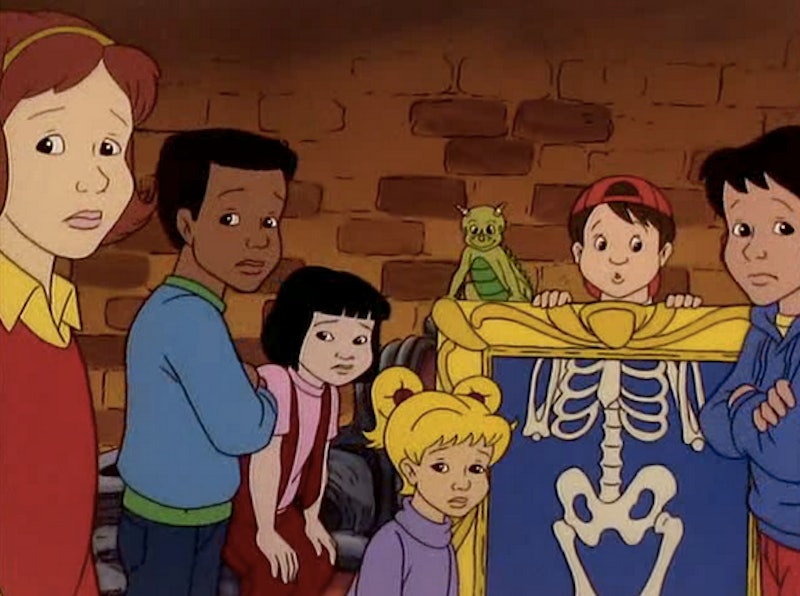 Did you watch The Magic School Bus when you were a kid? If you're like me and fit exactly into the show's goal demographic when it aired from 1994-1998, you didn't only watch the show, you LOVED it and owned a Windows 95 Magic School Bus computer game about outer space. If you fit this description or something close, you'll be shocked to hear that a new Magic School Bus series is going to air on Netflix starting in 2016. A new Magic School Bus? Why can't kids today just watch the original one? Well, it turns out, they do and that's why more episodes are in demand. Netfix's chief content officer says, "Magic School Bus, the old version, is remarkably popular on Netflix. It teaches science in a way that transcends generations." Adding that the new version will be "even more relevant and entertaining for today’s kids."

It's hard to hate on this plan too much — kids learning about science and watching an educational show is a good thing — but still, it brings out the old cranky person in me who doesn't want kids to have newfangled things. According to the New York Times, the new show is called Magic School Bus 360° (bleh) and is going to feature a "modernized" Ms. Frizzle, robots, and a "smart suit" that can check vital signs instantly. This is worrisome news for anyone who is scared of the future — Oh wait! We're already living in it. OMG YOU GUYS, WHAT IS HAPPENING?!??

Here's a few things we need to worry about with The Magic School Bus reboot:

These are the things we need to be concerned with, people! Or not because now we're all too old to be watching the show anyway. But in case you're still living in a world of denial, yes, Netflix already has access to the original episodes and, yes, you can go watch them right now. Enjoy!