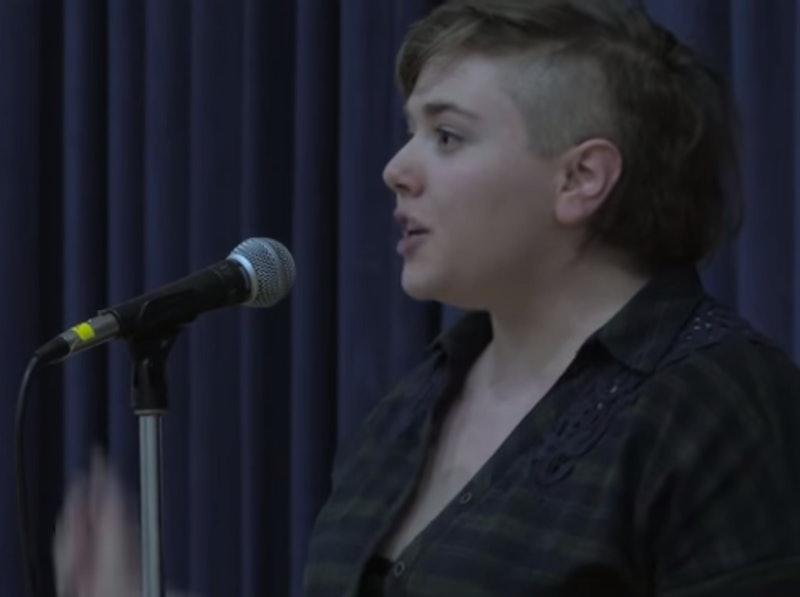 When someone says a person was "asking for it," we all understand exactly what they mean, an understanding that comes with a sick, angry sensation in our stomachs. We're all unfortunately very familiar with the ridiculous idea that a woman is inviting sex based on what she's wearing, what she's drinking, how she's dancing, or any other behavior that is not some verbalized variation on "let's have sex." But Anna Binkovitz's poem "Asking For It" examines this idea, and shows just how ridiculous it is in a whole new way.

"Imagine if you will," she says, "a world where all of us...can only express our wants and needs through our clothing." Such a world would be, as Binkovitz hilariously demonstrates, a nightmare, with everyone dragging around suitcases full of clothing everywhere. We should all be glad we don't live in such a world. Because in our world, one of the great things is that when we want something we can ask for it. With, you know, words. As opposed to clothing. Words being a lot more reliable.

Binkovitz manages to pick apart this idea that clothing is somehow the best way to determine what someone wants or doesn't want, and does so hilariously. So to anyone out there who thinks that a woman's outfit is more reliable than her words, take notice, and pay special attention to Binkovitz's final words.