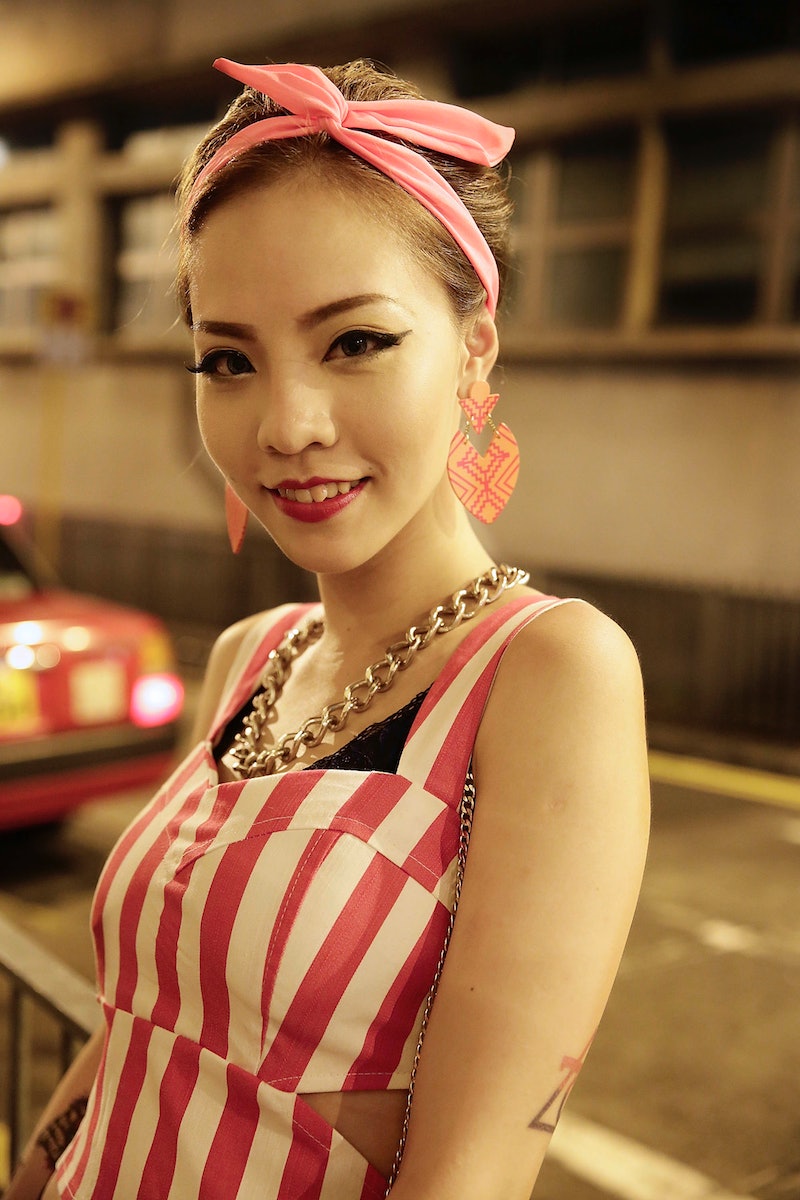 If the men (or women!) in your life wonder why you're offended when you get ogled or catcalled on the street, send them this tumblr entry that's going viral. Written by Tori of pilgrim--soul.tumblr.com, "Okay, so here's why girls don't get flattered when guys comment on their bodies" is the perfect way to explain why no, it's not actually a compliment.

Using personal examples from her own life, as well as examples of how women, women's bodies, and women's sexuality are perceived in our larger culture, Tori puts forth a strong, confident explanation of why unwanted attention isn't flattering. She says:

The first time I can remember a guy staring at my boobs, I was in eighth grade. I didn’t even notice; I was still a kid and was largely oblivious to such things. My dad, however, did notice, and started glaring at the twentysomething stranger ogling his thirteen-year-old. I could maybe have passed for fifteen back then. There was no way anyone would have mistaken me for an adult. That wasn’t the issue, though. To that guy, it wasn’t about who I was or how old I was. I was a set of boobs to him, not a person, certainly not a child.

My experience is pretty common. Girls start getting unwanted attention at a young age, and it happens for the rest of our lives. Men yell things at us on the street and invade our personal space on the bus or trolley when there are plenty of other seats. They try to look up our skirts when we sit down. They don’t listen when we try to rebuff them. We see reports of yet another girl raped on her way home last weekend, another woman whose body was found in a ditch. We’re told not to go out alone at night, to take someone with us even if we’re only driving to the store or the library or the gas station. We’re told to carry our keys like weapons, to park in the lot instead of the structure because it’s better to get rained on than raped and murdered. We’re told not to walk alone even during the day. We’re told close friends might rape us if they’ve had a bit to drink because they’re men, that it’s wrong, but it happens sometimes and we should be on our guard.

Her argument is well-written, nuanced, and clear, so you should read the whole thing yourself, but here's another one of my favorite sections:

Girls get upset when guys comment on their bodies because we’re being treated like sources of pleasure, not people. We get angry because we can’t go about our business without having to worry about sexual predation. We get scared because, when it comes down to it, if a guy tried to act on his shouts of “Hey baby, nice tits, keep it up" we probably wouldn’t be able to stop him, and some would blame us.

This post really hits home for me. The older I get, the more I resent the fact that when I'm out in public as a woman, my body is essentially public property, no matter what I'm wearing, what I'm doing, or who I'm with. Of course, not every woman feels like I do, but if you're tired of trying to justify why you don't like being ogled or "appreciated" by men you don't know, you need to read this post. Can you identify, too?

More like this
How To Fight For Reproductive Rights, Based On How Much Time You Have
By Courtney Young
Sandra Bullock, Girlboss Extraordinaire
By Matt Harkins & Viviana Olen
Meet The Disney Imagineer Bringing 'Guardians Of The Galaxy' To Epcot
By Charlie Mock
8 TikTok Pasta Recipes To Try Out At Home
By Emma Garza
Get Even More From Bustle — Sign Up For The Newsletter