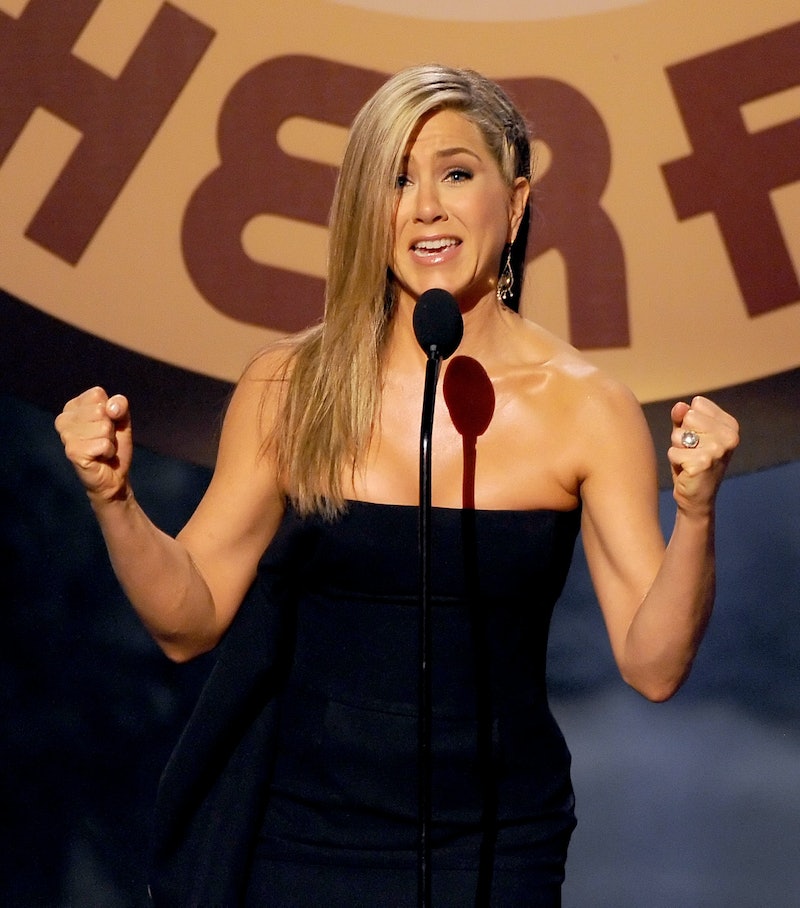 Jennifer Aniston is only the most recent movie star to open up about her love for kale, saying of her diet for We Are The Millers, "When I really wanted to have a cheat day I had to have a kale chip." But as just one of many celebrities, chefs, and normal people who adore this trendy veggie, Aniston appears to merely be buying intro one of the most effective marketing campaigns of recent years, one that has driven this leafy relative of cabbage through the ranks, to the very top of the game.

As it stands, kale has received offers from several management agencies, but has yet to sign with anyone, insisting that it doesn't have settle given its yearly profit margins. When we managed to catch kale on its way to lunch with Gwyneth Paltrow, it said, "Why would I sign now when I can hold out for a better deal? IMG is up my ass to sign by September but we both know my sales increased by 40 percent this year alone. I really don't need to be taking shit from anyone right now." It then proceeded to punch our photographer in the face. We have yet to hear back from kale's people about the impending lawsuit.

However, kale might just have a point. This has been a huge year, one in which it received endorsements from big names like Aniston, Paltrow, Jamie Oliver, and Bobby Flay. Companies the world over are looking to cash in on this boom, and kale has already copyrighted the phrase, "I'm lean, I'm green, I'm the brassica fuckin' queen," a motto that has been heavily trending on Twitter for months now, proving that despite a lack of official management, there is no dearth of business savvy in kale's camp. Clearly, despite kale's controversial taste, not to mention its attitude, the public can't get enough of kale, and that isn't going to change any time soon.

It's also been rumored that kale has been in talks with HBO about doing a mini-series focusing on kale's home life, but this has yet to be confirmed. When asked about the possibility of a reality show last year, kale sniffed, saying, "What, you think because my name starts with K I'm going to bring myself down to the same level as the Kardashians? No, not unless I get picked up by a major network."

When we recounted the horror stories of the Park Slope Food Co-Op, including the direct quote, “There was a day when we ran out of kale and people were ready to burn the co-op to the ground,” kale merely smiled and winked. This kale obsession has gotten big — bigger than Jennifer Lawrence or any of Hollywood's other up-and-comers can even hope to compete with, making kale a serious force to be reckoned with.

The only thing that could halt kale's meteoric rise to fame is its own attitude. The Westboro Baptist Church has already announced plans to protest at Whole Foods stores across the nation, saying kale's crude language and cancer-blocking abilities are anti-Christian, and McDonald's has already launched a smear campaign, although its effects have not dampened the national enthusiasm for kale.

When asked about why kale is entertaining such success, it said, "Well, I know how to appeal to the masses. I'm one of the sexiest leafy greens in the business right now, and who can resist a chip that boosts your beta-carotene levels instead soaking your veins in saturated fat? No one." But, when asked for a response to Jennifer Aniston's high praise, kale merely put on its sunglasses and started to walk away, saying, "Aniston Shmaniston. She's small-time compared to me." Truer words might never have been spoken, so stay on the look-out for kale, best friend to celebrities and potential ruler of the free world.