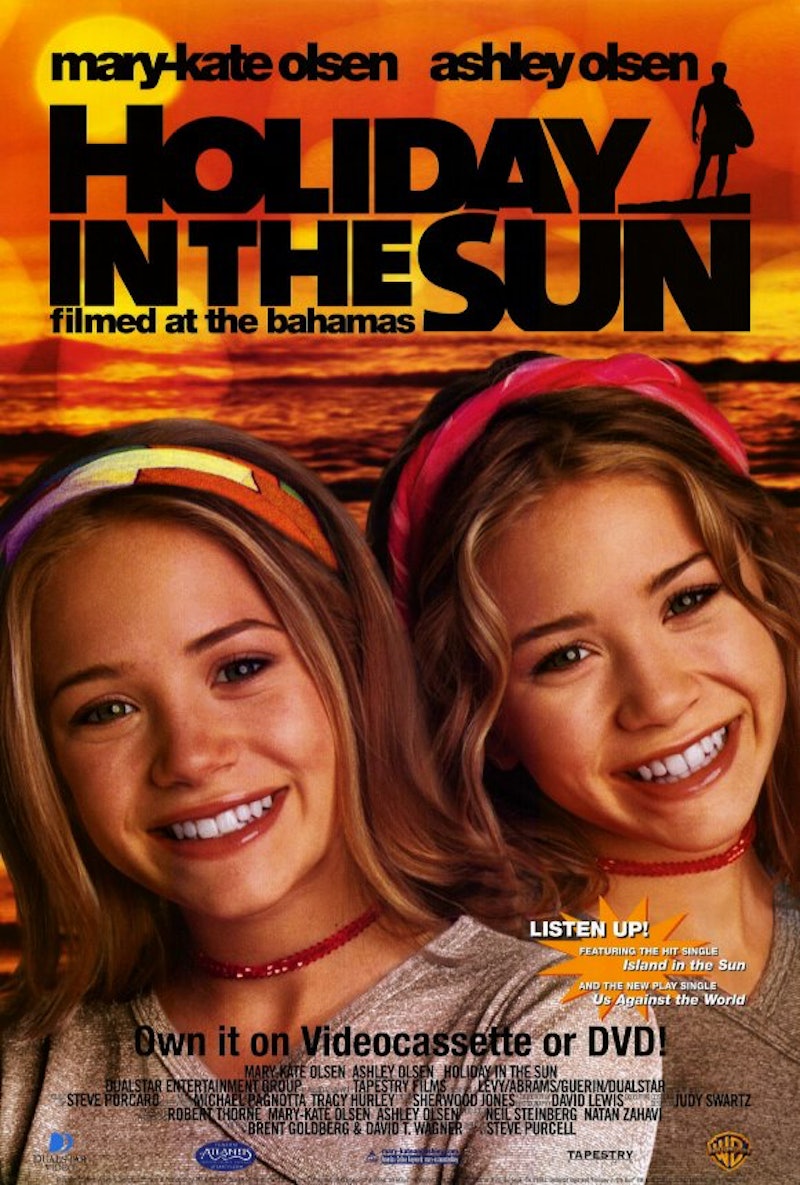 It's hard to imagine that at one point Mary-Kate and Ashley Olsen were anything other than silent, well-dressed leaders among the super hip, elusive fashion elite of the world. These days, they rarely do television appearances (although there was that one Ellen episode, which was great), they wear things that seem slightly strange to the rest of us, and they do crazy stuff like marry sort-of-kind-of really old French billionaires. And they somehow still make all of that seem really, really cool.

But don't forget that MK & A were leading us toward fashion brilliance far before they started wearing oversized coats, like, all the time. Back in the days of Passport to Paris, Billboard Dad, and Our Lips Are Sealed (feeling nostalgic yet?), the world's most famous twins were making us all desperately pine for hip clothes and accessories that we simply didn't know existed before. Was there even a spaghetti strap before the Olsen sisters wore tank tops? I don't know. What I do know is that the spaghetti strap didn't really matter to me before I saw them in Mary-Kate and Ashley movies, and that I was very upset when my principle said they were against dress code.

In honor of the twins' 28th birthday on Friday, here is a collection of all the clothes and accessories that Mary-Kate and Ashley's earlier movies had us rearranging our closets to make room for.

Ah, the sunglasses. Tinted, wonderful, and matching. They made it work. Given that I was 5 when this movie came out (it was first released on DVD when I was 9, though), I had very little use for sunglasses. Did I want them anyway? Yes.

And there was always so much flippy stuff going on with their hair. Bangs + weird pig tail things on the side of your head that somehow still look cool. What can I say? I wanted that look.

Remember this show? Barely? Me too. What I mostly remember is the beginning of the barrette obsession. Those things were everywhere. Also, am I the only one who feels like striped shirts were a BIG thing in the '90s?

Passport to Paris was / is a huge fan favorite when it comes to early Olsen twin movies. If for no other reason than it was all at once ridiculous and charming. I was convinced that dressing a la the Olsens (think: lots of barettes and cool one-strap backpacks) would help me find that special French boy. I never did, but part of me still wants to find someone as cool as Jean and Michel. This was also right around the time that bandanas became cool. I had one. It was baby blue and had rhinestones. It was fabulous.

And in case you forgot JUST how fabulous those Parisian boys were...I give you this.

I like the casual pair of sunglasses on Mary-Kate's (to be honest, I'm just guessing who is who) head. They're placed there almost as if to say, "Oh? Is this a soccer game? I was just coming from a little business meeting. Carry on." Who knows if pre-teens even wore sunglasses before the Olsen twins came on the scene?

As they got older, a few things remained constant: Spaghetti straps, matching outfits, blonde boys and, above all — sunglasses.

Here's where MK & A started to really find their own, individual sense of style. Here's also where things started to get a bit weird. Plaid? Yes. The lowest-rise pants humanly possible? Yes again. Sunglasses? Obviously. And also...JESSE SPENCER. Yes, he was in this one. In case you forgot.

Yep, So Little Time was a show that existed. For a season, anyway. Mary-Kate and Ashley have been through their grunge, rocker chic days in real life in the not-so-distant past. Perhaps this scene from So Little Time was simply foreshadowing of the inner style stars of MK & A.

The Olsen twins always seemed to be a different shade of blonde, but whatever shade that was (dirty blonde, bleach blonde, or maybe highlighted by the sun at a resort in the Bahamas...), they always made it seem better than my natural hair color.

Oof. I have very little memory of this movie. You'd think I would remember it given the outfits they're wearing on the DVD cover, but no. Maybe I have blocked it out, as it seems to be a fashion rough patch for the twins. I mean, the hat. The. Hat.

What I took away from this one? That denim jackets could be cool again. Life lessons, guys.

New York Minute featured the then 18-year-old twins in their final film together, and went for the "rebel / tom boy v. good girl" thing which we'd seen before in Olsen movies. I definitely wanted pink hair after this one.