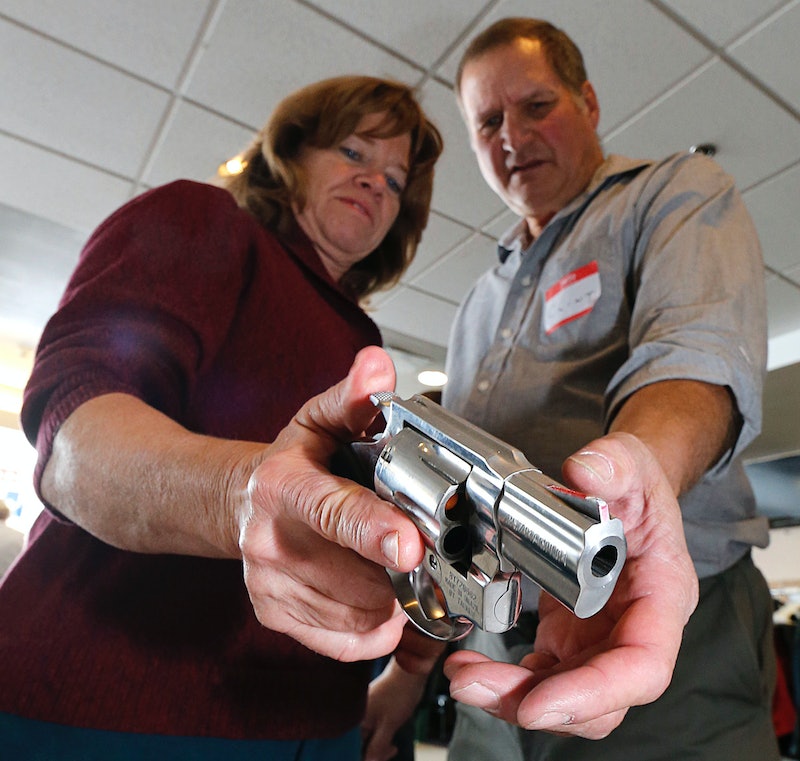 What could go wrong?

More than 20 teachers, administrators, and other employees at a high school in Clarksville, Arkansas will now be carrying concealed weapons.

Clarksville High School is implementing an obscure Arkansas law that allows licensed, armed security guards on campus. The school officials are undergoing 53 hours of training in order to be considered guards. This training at the private Nighthawk Custom Training Academy will cost the district $50,000. And that's not all: Participants in the program will be given a $1,100 stipend to buy a handgun and holster.

The plan we've been given in the past is 'Well, lock your doors, turn off your lights and hope for the best.' That's not a plan.

Hopkins says he was inspired by the "flood of calls" from worried parents following last year's shooting at Sandy Hook Elementary in Newtown, Connecticut. In response, Hopkins realized that he "didn't see why" the district shouldn't just rely on its own staff and teachers to protect students — rather than hiring an outside security guard.

Obviously, some people are not thrilled. "We just think educators should be in the business of educating students, not carrying a weapon,” Donna Morey, former president of the Arkansas Education Association said. Sherry Wommack, the mother of an incoming eighth-grader at Clarksville, says that she's taking her son out of the school because she believes police officers, not teachers, should be the ones to make life-or-death choices involving students.

Jon Hodoway, the director of training for Nighthawk, has a different perspective: He says this training is not mean to give teachers the power of police officers, but rather train them for a very specific situation: