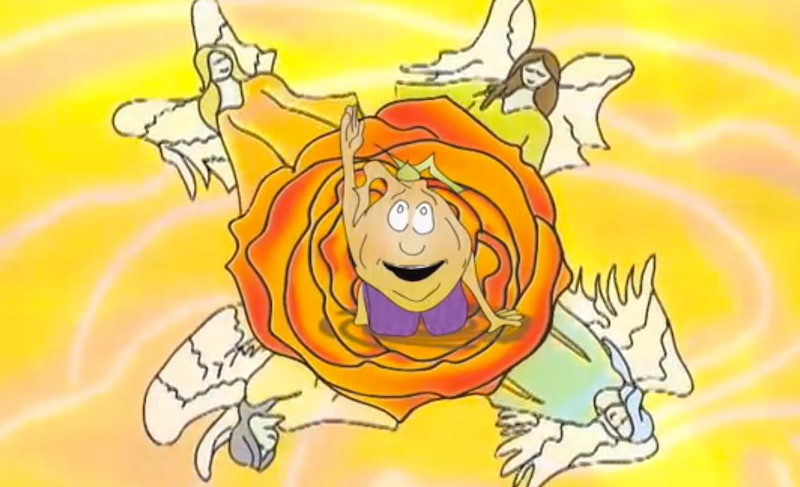 Imagine having to tell your boss "I love you" at the end of a grueling workday — or get fired. Apparently, that's exactly what a Long Island health insurance firm, practicing the "Onionhead" religion, forced employees to do, under its "Onionhead" religion. Now, the U.S. Equal Employment Opportunity Commission (EEOC) has filed a lawsuit on behalf of three employees who complained about being required to engage in Onionhead practices — including reading spiritual texts, saying "I love you" to colleagues and managers, and burning candles in the office.

This Onionhead religion is almost crazier than Scientology, and that's saying something. After a federal investigation, the EEOC has found that Syosset-based United Health Programs of America and its parent company, Cost Containment Group, have discriminated against the three employees because of religion.

According to the lawsuit, the three women, Elizabeth Ontaneda, Francine Pennisi, and Faith Pabon, resisted to engaging in one-on-one meetings with the religion's leader at the company, a woman identified in the suit as "Denali." After Pennisi protested the company's religious practices at a meeting, explaining that she was Catholic, Denali moved her out of her office and replaced her with a large Buddha statue. The three women were then demoted and subsequently fired.

After citing demonic influences for the three women's behavior, Denali told the New York Daily News in a telephone interview: "This (complaint) has been going on for years and it is based on untruths and money. The EEOC just likes going after companies and causing problems. There will be something good that comes from this that helps others.... It hurts my soul.... From my heart to yours, thank you for calling."

By now you're probably burning up with curiosity over what the Onionhead religion is all about. Well, you're in for a surprise, because it's way weirder than you could have imagined...

The Onionhead religion is taught and promoted through the Harnessing Happiness Foundation, which acts as an unofficial church entity. According to the foundation's website, which may or may not have been written by a really stoned teenager, "It is not what is Onionhead — it is who is Onionhead? Onionhead is this incredibly pure, wise, and adorable character who teaches us how to name it - claim it - tame it - aim it."

His other motto is "peel it - feel it - heal it."In conclusion, he's an onion who rhymes.

Cleverly, the religion uses "S.A.L.A.D." as an acronym for its principle beliefs — see what they did there? Salad? Onions? No? OK.

Love: Ways to our heartfelt intelligence

Answers: Steps to a peaceful existence for ourselves

Essentially, to summarize the SALAD principles: Happiness is not the absence of problems but how to solve them, understanding our emotions is the key to a healthy relationship with ourselves and others, we all need love but we need to better understand it, we have to obtain pure answers uninfluenced by modern distractions, we need to revere to wiser disciplines.

The Onionhead religion was started by a mother-daughter duo over 20 years ago. The mother had originally intended for the religion to be aimed toward adults, but under the influence of her 2-year-old grandson, she developed the Onionhead character with her daughter to be more kid-friendly. Good on them, because taking advice from toddlers is always a good idea when starting religions.

According to the foundation's website, the Onionhead family has grown since those early days, presumably expanding into the United Health Programs of America offices.

So this is all pretty weird, right? Well, it's about to get weirder. The religion has its own YouTube channel filled with Onionhead cartoons and his adventures in space, where he learns and develops his core beliefs through characters like alien captains and space owls. Here is a sampling.

Some of the takeaways from these videos include:

"You are never alone because 'alone' spells 'all one.'" No, it doesn't, but OK."Kindness comes from knowing we are all connected. What is in you is in me and what is in me is in you." That doesn't sound hygienic.

"Purity comes from telling the truth, even when it's hard." No doubt, Onionhead. No doubt.

"Stay committed to your heart. Don't lose your beliefs. And keep your thoughts positive." Yeah, I'm sure that's easy to do when you're smoking the good stuff like the Onionhead people are.

More like this
The Families Of Grenfell Tower Are Still Waiting For Justice, Five Years On
By Bustle UK
The Most Powerful Photos From The Weekend’s Abortion Rights Protests
By Melanie Mignucci
How 5 People Upended Their Lives To Fight For Abortion Rights
By Hannah Smothers
Twitter Is Still In Hysterics Over 'Love Island's Chaotic Heart Rate Challenge
By Frances Stewart
Get Even More From Bustle — Sign Up For The Newsletter