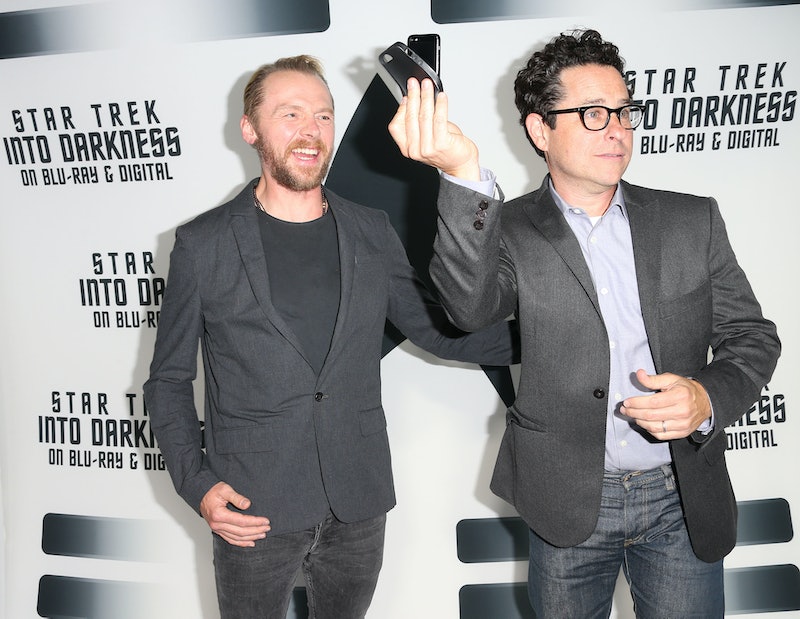 I'mma let you finish, J.J. Abrams, but if you put Simon Pegg in Star Wars Episode VII I miiiiight just start to forget about the weirdness that surrounded Star Trek Into Darkness' underwear scene. You'll still have some work to do to get past shamelessly whitewashing Khan, but it'll be a step. A Simon Pegg-y, beautiful step. Please let this rumor be true. C'mon, Abrams, remember Alias? Remember Season 1 of Lost? Let's get back to that level of trust and affection.

It's only a (very rumory) rumor at this point, but people are talking about how Pegg might just have a "secret role" in Star Wars Episode VII, and that he was recently in Abu Dhabi filming his scenes. As /Film points out, this would go directly against his previous comments about not wanting to be in the film, but it also wouldn't be the first time Pegg's flat-out lied to us:

If the rumor turns out to be true, it goes against Pegg’s earlier comments about not wanting to be involved in the movie. “I don’t think it would be appropriate for me to be in it, to be honest,” he told the Independent last fall. “I think J.J. should cast new faces with no stunt casting.”

Of course, he also told press in no uncertain terms that Benedict Cumberbatch wasn’t playing Khan in Star Trek Into Darkness. And he got the Internet buzzing last year with a carefully posed photo from the Marvel offices. He’s not beyond misleading the press, in other words.

Pegg is somewhat rabidly beloved by fans of the Shaun of the Dead, Hot Fuzz, World's End Cornetto trilogy, as well as projects like the Star Trek films and Mission Impossible III (both Abrams), and a Star Wars cameo would certainly get those fans excited.

What do you have in your bag this time, Abrams? And when are you finally going to admit that at least half your drive for secrecy comes from those Illuminati meetings?