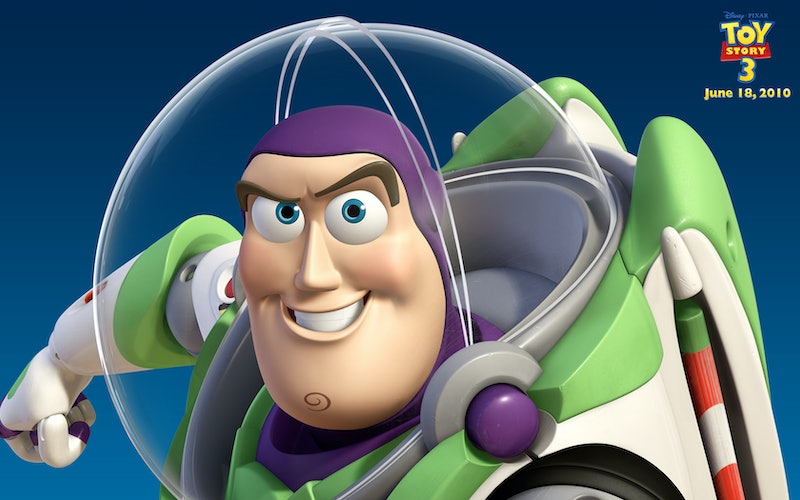 Ah, kids. They say the darndest things. Come to think of it, they also draw the darndest things. Actually, they spell the darnest things, too. Point proven: you must look at this hilariously misspelled drawing of Toy Story 's Buzz Lightyear that a child did. Bottom line — you cannot un-see the way he spelled "I come in peace."

But you can't blame the kid! After all, spelling can be tough when you're just learning how to write and you're young and naive. You have to give this little one some credit for knowing one of Buzz Lightyear's catchphrases, right? But let's give credit where real credit is due: to his parents, who knew that this would be an instant hit on the Internet. It's funny, it will catch you off guard, and you might never think of Buzz Lightyear the same way again. (On another note, who knows what a kid could do to Woody, given that he's a cowboy named Woody.)

According to this picture, Buzz Lightyear is a pacifist, a pie enthusiast, and gives Jason Biggs in American Pie a run for his money. But it's not like this kid meant any harm! He was just having a good time coloring.