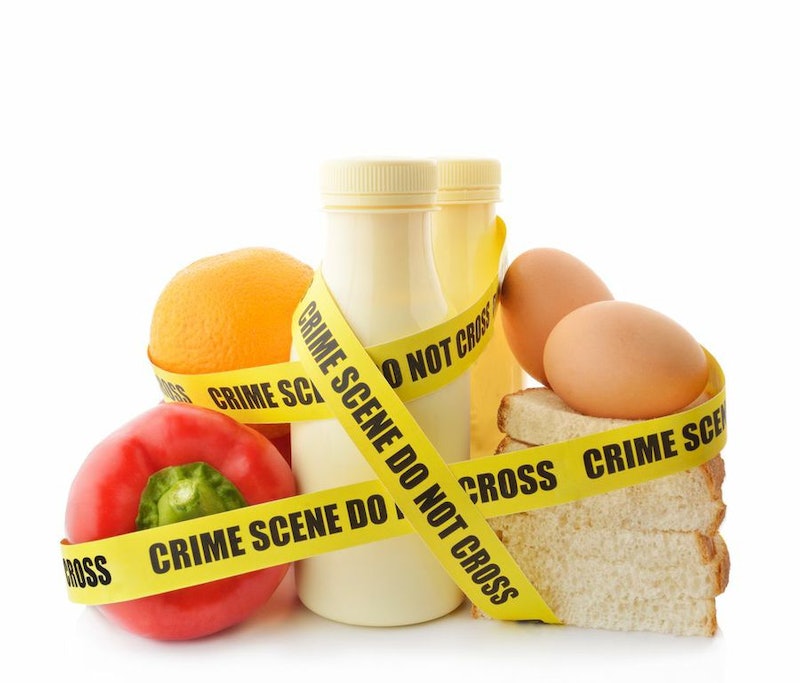 "Eggs are bad for your cholesterol right? No, no, they are a good source of protein. No, wait, the whites are a good source of protein. The yolks are bad. No, all eggs are bad." This is the kind of thinking that can derail us on a daily basis when we go to make decisions about the foods we eat. Popularly perpetuated food myths and constant changes in recommendations from reputable experts make it impossible to know which foods are healthy and which are less so.

Everything in moderation is, and always will be, an excellent rule of thumb. But still, you might be interested to know that these foods, commonly thought of as "unhealthy" have a rightful place in the "healthy" column.

Beef has always had a bad rep when it comes to heart disease and wide waistlines, but research has suggested that saturated fat — at least in moderation — is not as evil as many of us had previously thought. And even better, you can buy much leaner cuts today compared to what was available even 10 years ago.

Red meat is an all-star source of protein, which is a well known link to healthy weight management. Plus, grass-fed beef in particular contains high concentrations of conjugated linoleic acid (CLA), which has been associated with lower body-fat percentages.The most important thing here, though? The cut of beef. Pick the extra-lean ones — top sirloin select, sirloin tip, top round, and eye of round roast — which are lower in saturated fat and total fat all around. And avoid those cuts labeled "prime" which tend to be on the fattier side. Then feel free to grill, roast, or bake to your heart's content.

Peanut butter is on many people's no-no list, as it is high in both fat and calories. But if I have to tell one more person it is the heart-healthy, monounsaturated kind of fat, I'm going to scream. In fact, the results of a study in the International Journal of Obesity found that people who stuck to a diet that included peanut butter for 18 months, actually lost an average of nine pounds. If you're still skeptical about including the spread in your diet, stick with the natural kind, with no added sweeteners, and skip the reduced-fat varieties, which are often heavily sweetened to compensate for their lack of flavor. Use portion control, too. (That means don't eat a whole jar.)

I'm gonna go out on a limb and say that you know that avocado isn't "bad," but there is also part of you that is just not completely willing to accept that it is as "good" as people make it out to be. Somewhere along the line, avocados got a bad rep due to their relatively high-fat content, but it's the good fat, again! I promise! Avocados also carry twenty different vitamins and tons of lutein for healthy vision. Just don't only eat it in the form of guacamole on your burrito. Use it as a sandwich spread, place some on your grilled fish, or throw slices on a salad.

I started out discussing eggs because there is so much conflicting information about them. Numerous studies have debunked the link between eggs and heart disease, finding no evidence to connect the two. And while that doesn't change the fact that just one egg yolk does contain close to the entire recommended daily limit for dietary cholesterol, it is still the most nutrient dense part of the egg, packing zinc, iron, vitamin A & D, and choline, which may help reduce your risk of breast-cancer. Plus, those yolks contain nearly half of the egg's protein, which is why those egg white omelets never seem as filling. Try a hardboiled egg for a snack that will keep you full for a while.

Everyone is still terrified of carbs, and that includes the scary potato. But that potato is a great source of carbohydrates and nutrients, including vitamins C, B-6, folate, and fiber (4 grams when you eat the skin too). The key is portion size, limiting your add ons, and choosing the right cooking methods. So cut big ones down to size, season with herbs and spices instead of butter and sour cream, and bake instead of frying.

Bananas are full of sugar. Packed to the brim with it. High on the glycemic index. We get it. But they are not bad. In fact, bananas contain a type of dietary fiber known as "resistant starch" that your body can't absorb, so they fill you up for a while. And research has linked resistant starch to an increase in post-meal fat-burning. One of the byproducts of those unabsorbed carbs in your body is butyrate, a fatty acid that can inhibit your body's ability to burn up carbohydrates, forcing it into burning fat instead. To enhance these benefits, choose a greener banana; once the skin has gone super yellow, the starch inside the fruit has broken down and is not resistant to digestion. And one more cool fact? Research shows that the smell of banana can help curb your appetite, so you may end up eating less anyway.

Coconut oil: this one I can't defend with my good fat argument, because it's high in saturated fat. But it is also full of medium-chain triglycerides, fats that can be metabolized faster than the kind found in other oils, like sunflower. A 2009 study in Lipids found that adding about two tablespoons of coconut oil, per day, to women's diets "promoted a reduction in abdominal obesity." But it is still a very calorically dense food, so you will want to watch how much you're eating on a regular basis. Just work on swapping out oils like corn or vegetable for the virgin or extra-virgin varieties of the creamy stuff.