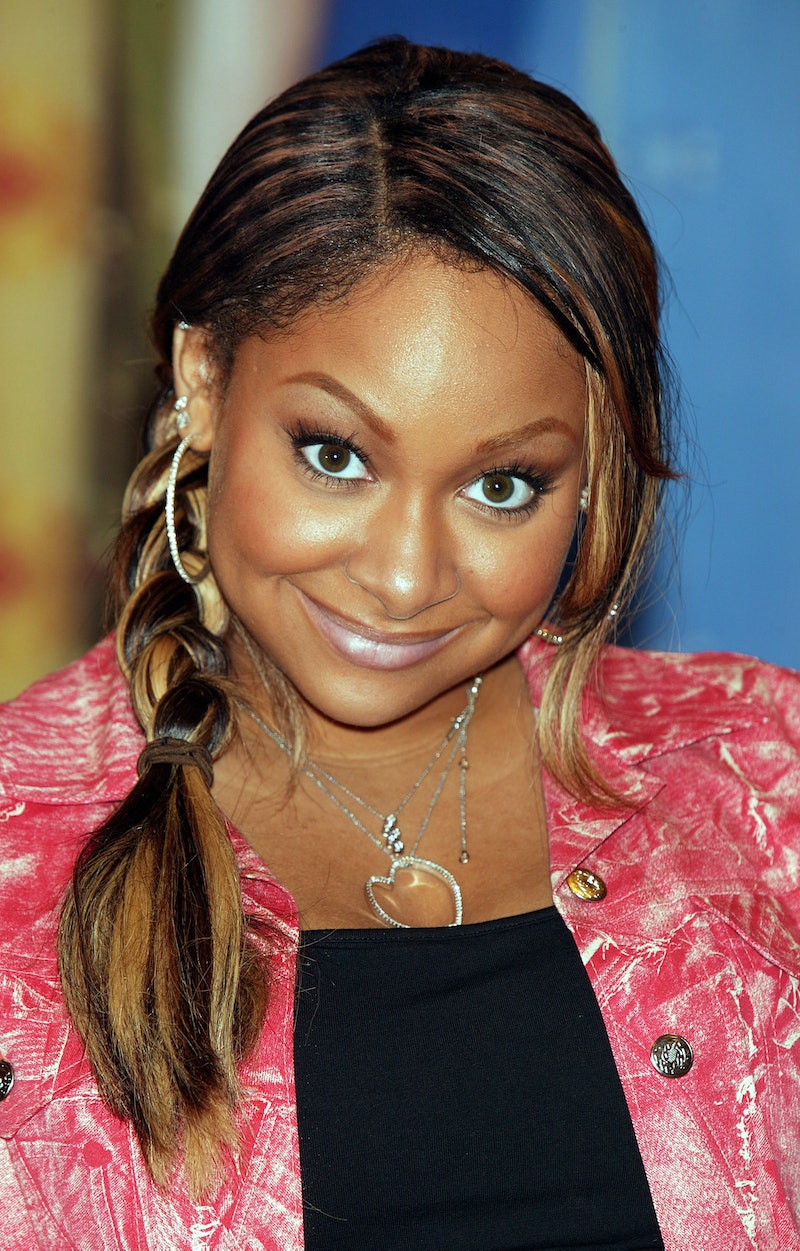 When I was a kid, I wanted nothing more than to be Raven Baxter. The That's So Raven character had two amazing best friends, a beautiful home in San Francisco, the ability to predict the future, and an absolutely incredible wardrobe. Cue instant jealousy! On days when Disney Channel would air Lizzie McGuire and That's So Raven in one afternoon, it was almost too much for my preteen fashionista heart to handle. Raven's antics were my guide to life, from aspiring to a career in fashion design to using "ya little nasty" as an everyday exclamation of disgust. Even today, I envy Raven's sense of style.

Nowadays, Raven actress Raven-Symoné makes headlines for weight loss achievements, rumors about her sexuality, and a new academic career, but during the show's airtime (2003-2007) the only news that mattered was which outfit Raven was going to wear on that week's episode. The feisty teen encouraged fashion experimentation for its scores of viewers; the show even featured an episode about body confidence and weight discrimination in the fashion industry. The show was an inspiration to tons of audience-members, but especially the developing girls of my generation. Here are a few of That's So Raven's best fashion lessons:

1. You Can't Beat a Canadian Tuxedo

Long before Ryan Gosling rocked the denim-on-denim look, Raven Baxter showed audiences that a jean jacket was too cool for school.

2. Don't Be Afraid to Get Matchy-Matchy

Raven was a plaid queen. Her perfectly paired jackets and blouses are a major inspiration when considering wearing this oft-intimidating print.

Raven showed us how to solve the problem of a boring uniform by transforming it from this...

If anybody could rock this hot pink furry jacket, it was Raven. What animal is it modeled after, anyway?

Raven's accessories were always on point, but her hoop earrings were an entirely different level of amazing.

8. Did I Mention Pink Faux Fur?

Thanks for being such a fierce style inspiration, Raven.

More like this
15 Of Carrie Bradshaw’s Best Handbags From Sex & The City
By Dominique Norman
This 'Bachelor' Contestant Had The Best Reaction To Wearing The Same Dress As Another Woman
By Grace Wehniainen
Phoebe Dynevor Serves ‘Bridgerton’ Underboob In Stunning Floral Gown
By El Hunt
'Emily In Paris' Lucien Laviscount & Lucas Bravo Owned Paris Fashion Week
By El Hunt
Get Even More From Bustle — Sign Up For The Newsletter
From hair trends to relationship advice, our daily newsletter has everything you need to sound like a person who’s on TikTok, even if you aren’t.