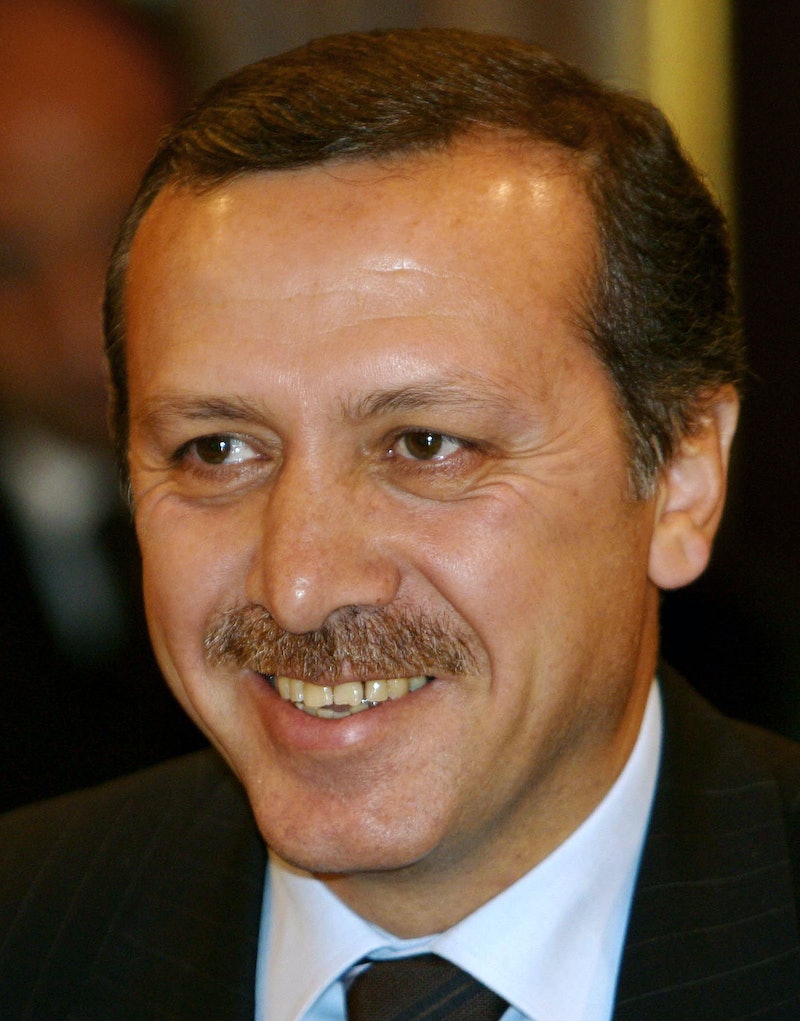 Ergodan's statements Monday appear to have only stoked the fire, literally. Tens of thousands of Turkish citizens have joined protests in more than 65 Turkish cities, despite police using tear gas, and the first reported death.

Some observers have jumped to call the past four days the launch of a "Turkish Spring," but Ergodan rejects the label outright. The Prime Minister cites free elections as evidence of Turkey's thriving democracy and says "we already have a spring in Turkey.. but there are those who want to turn this spring into winter."

If that's the case, why the protests? The nominal cause for the unrest has to do with a development project in Istanbul's Taksim Square, but as Tim Arango of the New York Times explains, "a long struggle over urban spaces is erupting as a broader fight over Turkish identity, where difficult issues of religion, social class and politics intersect."

Ergodan's harsh reaction to the protests has been met with skepticism both inside and outside of his country. Turkey's President Abdullah Gul–Ergodan's probable competition in next year's Turkish election–has said protest is another democratic right.

Turkish Spring or not, the conversation on Twitter is likely your best bet to find out how people in Turkey are actually talking about the ongoing protests.