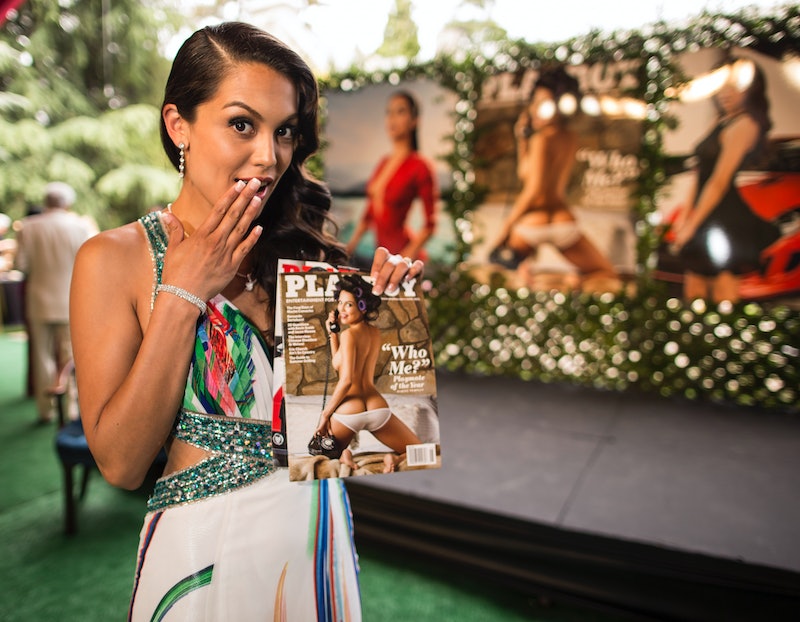 Adult magazines like Playboy, Penthouse, and Nude are currently sold on military bases, a status the anti-pornography group Morality Media is challenging. The group argues the magazines' availability violates a 1996 statute called the Military Honor and Decency Act.

The Military Honor and Decency Act explicitly (tee-hee, see what we did there?) forbids sales or rentals of pornographic material on property overseen by the military. Last month, Morality in Media sent a letter to Defense Secretary Chuck Hagel, arguing the Pentagon has failed to implement the act.

The group questioned the sales of magazines like Playboy, Penthouse, and Nude for "dominantly [depicting] nudity in a lascivious way." (The Military Honor and Decency Act specifically bans sales and rentals of sexually explicit material in such a manner.)

Assistant Defense Secretary F.E. Vollrath responded in a letter July 22, explaining the department's Resale Activities Board of Review had examined the cited material earlier and decided the magazines do not meet the definition of sexually explicit material according to the act and are therefore authorized for sale.

Morality in Media, who called the response "tragic," connected the availability of the magazines to the rise in military sexual assault.

If Playboy and Penthouse are OK, can the military at least get some peer publications for the ladies?