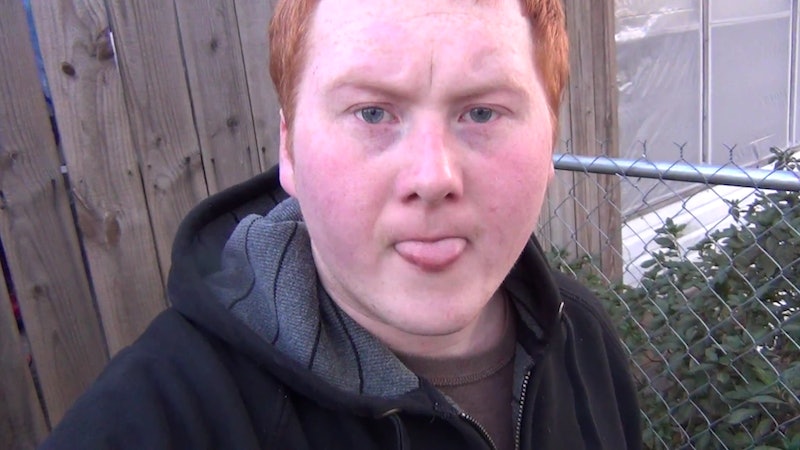 In case the name Michael Kittrell doesn't ring a bell, he is the super sad-looking ginger kid we all watched yell at us about ginger equality three years ago, when his "gingers have souls" video went viral, attracting over 34 million views on YouTube to date. And now, lucky for all of us, we'll be able to watch him and his grandma have exciting hillbilly adventures in L.A. on his new reality show Hollywood Hillbillies , which will premiere on the network ReelzChannel in January. It's not that the show won't be deeply satisfying on that deep, dark level we all go to when watching reality TV, more so that as viewers, we're used to a very high quality hillbilly, and Kittrell might not be able to measure up. I mean, we have Swamp People, Moonshiners, Gator Boys, Duck Dynasty and, of course, Here Comes Honey Boo Boo. Is there more room for hillbillies when we have such a seriously stacked selection already? Potentially not.

From a viewing standpoint, capitalizing on the market created by the wild success of Here Comes Honey Boo Boo is smart business, so it makes sense that inevitably, the gingers-have-souls guy was going to be coming to the small screen. However, do we really need to see him and his mee-mah cavorting around L.A., spending the money they have from his self-exploitation? Why would you need that when we can listen to the garbled mumblings of Paul and Jimmy from Gator Boys, or the riveting life stories of the Broussards or the Landrys of Swamp People? They're not wasting their income for more fame, they're bein' hillbillies, which is probably what they would be doing with or without the cameras, and that's how we like it.

So-called hillbillies make for awesome television because of what they are, where they are, and how they interact with their home environment. Mama June wouldn't be as interesting if she lived in New Jersey, nor would moonshiner Marvin "Popcorn" Sutton have been nearly as dynamic if he were just some sketchy guy making booze in his bathtub in Hoboken. They're fascinating because their lives are completely different from ours. Suffice it to say, I'd care a whole lot less if I had to watch the Gator Boys kill alligators, and then run to CVS for hand sanitizer.

Besides, I don't particularly care how a ginger fares in Hollywood, they like ... don't even have souls, right?

More like this
Kim K Broke Her Strict Diet After The Met Gala By Eating These Two Favorite Foods
By Hugh McIntyre
What’s New On Netflix: A Victoria Justice Rom-Com & The Return Of David Letterman
By Arya Roshanian
Twitter Is Upset About The 'American Idol' Top 3 Results: "Who TF Is Voting?"
By Jake Viswanath
Stormi Just Walked A Red Carpet With Mommy Kylie Jenner & Daddy Travis Scott
By Hugh McIntyre
Get Even More From Bustle — Sign Up For The Newsletter