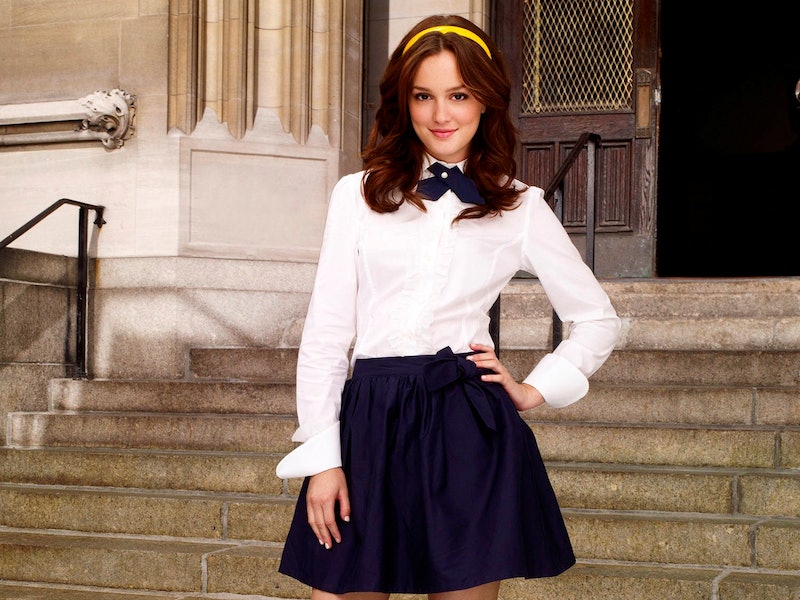 She's the sassy overachiever with a handful of puns ready to aim at any enemy that dares to cross her path. I am talking of course about the unforgettable force to reckon with, Blair Waldorf. This feisty Upper East Sider dreaded playing runner-up to her best friend Serena van der Woodsen, so she made it a constant challenge to try to beat her at everything.

The main thing these two Gossip Girl characters consistently had in common was their incredible ability to always look fabulous. Sure, their over-the-top lavish lifestyles had a heavy hand in their attire, but you can't deny it takes talent to put together even the most luxe closet of designer pieces into such flawless ensembles 24/7. Whether accessorizing for a day at Constance, or finding the perfect gown for a ball, Serena and Blair were a duo that dazzled.

Queen B stuck to her own personal tastes, but for many seasons her main fashion staple was a wide range of adorably perfect headbands. The complexities of this most critically acclaimed character of the Gossip Girl series are too detailed to draw out, but what we can do is have some fun taking a trip down memory lane and see once again, all of Blair's best hair pieces.

1. THE PERFECT MATCH FOR HER SCHOOL UNIFORM

This wasn't the only headband she wore to school, but the big red bow certainly became one of her most memorable looks.

A headband fit for a Queen B.

I had to add in a little Chuck Bass. It's only fair.

She started off small, and then...

It was only a matter of time before this girl placed a diamond band around her head.

If you can't find the right headband, try for the perfect head wrap.

Once in awhile, Queen B allowed S to wear a headband at school too! See, she wasn't all bad.

She certainly wasn't one to blend into a crowd.

It's very important to make sure your headbands are completely in season.

She had to have at least one.

For her sweetest moments.

A headband with bad memories attached to it — the worst kind!

THE BURST OF COLOR

No color, gem, shape, or pattern was too much for B.

This Gossip Girl vet ended the show the way she started it: With the perfect accessory. Love...while wearing a headband.