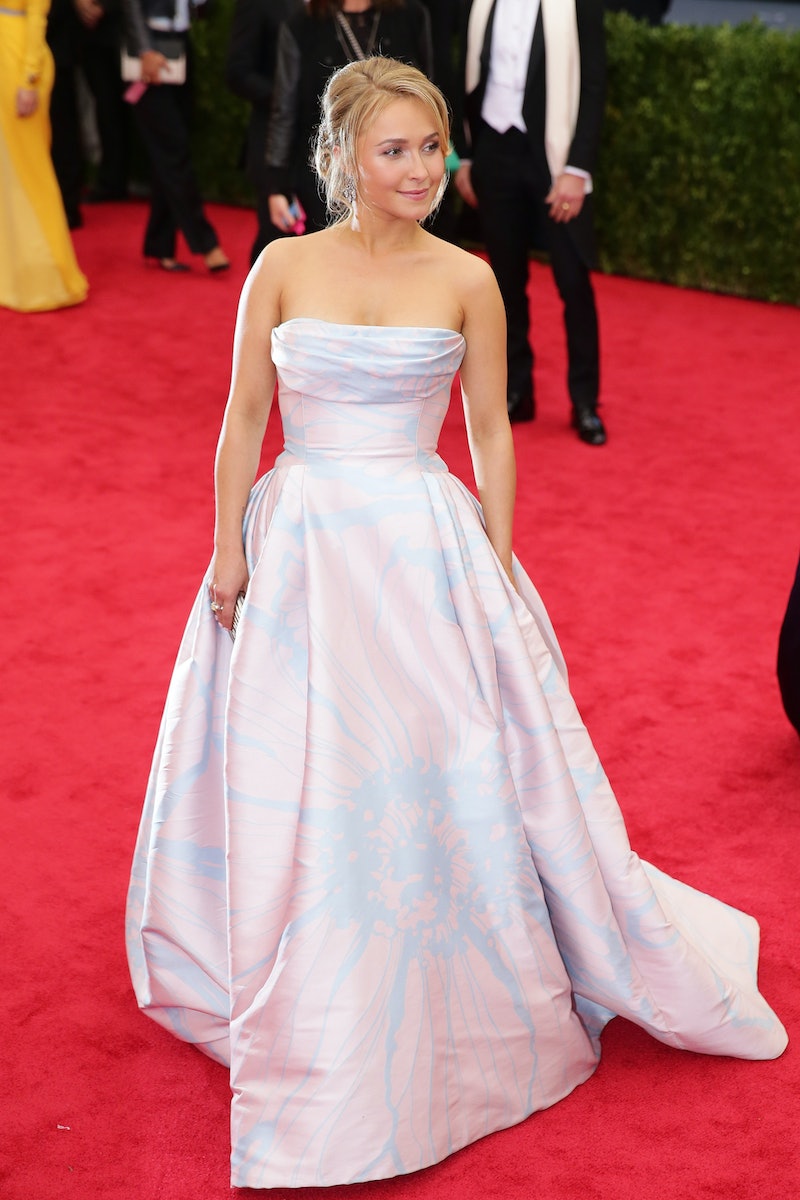 Hey guys, did you forget about the latest celeb with a bun in the oven? Let me remind you. Hayden Panettiere is pregnant! A little over a month ago, news broke that Panettiere and her fiancé Wladimir Klitschko are expecting their first child. She's gone from Bring it On: All or Nothing to expectant mother right before our very eyes. So excuse us if we get a little choked up. But before we start crying, let’s get down to the dirty details. When exactly is Hayden Panettiere's baby due?

Intel of the Nashville star’s pregnancy came from an Us Weekly source in a story published on May 28th. This really wasn’t all that long ago, so we can glean that Panettiere is at least a month along. No confirmation yet has been made as to an exact due date, but we know that the Heroes alum and the Ukranian prize fighter were planning the pregnancy. Alan Panettiere, the actress’ father, confirmed on Sunday that the couple has been trying to get pregnant. He told In Touch, "The pregnancy was definitely planned. Our whole family is very excited [for the baby to arrive]." The proud grandpa-to-be also confirmed that Panettiere, 24, and Klischko, 38, are planning to tie the knot some time before the baby is born. Given that the actress was on the cover of last month's Brides , it's gotta happen soon.

So what can we guess about her pregnancy progress from the evidence available? Well, luckily, where there is word of an impending celeb stork visit, there will be photographers scrutinizing clothing for potential baby bumps. Last week, the Heroes alum was spotted frolicking in the waters off the coast of St. Tropez sporting the beginnings of a pregnant belly. The baby bump is barely discernible, but there is definitely more of a slope than her usual in the baby-bearing part of her stomach.

We also know that the star attended this year's Met Gala — aka, the year’s glitziest museum frat party—on May 5th. It’s possible that Panettiere was guzzling club soda all night. But judging from her documentation of the festivities, we can guess that she was partying hard with the rest of the fanciest peeps in the world. And if she was privy to her pregnancy around then, we can guess that her carousing would have been tempered. Just check out the photo of Hayden above with Chrissy Teigen and John Legend. Methinks she been drinkin'...

Putting together these puzzle pieces, we can guess that she found out about her pregnancy in mid-to-late May. That plus, oh, let’s say eight and a half months would put us at an early February due date. Meaning, the baby will be an Aquarius. Mazel Tov to you, Hayden! We'll never forget where you came from...