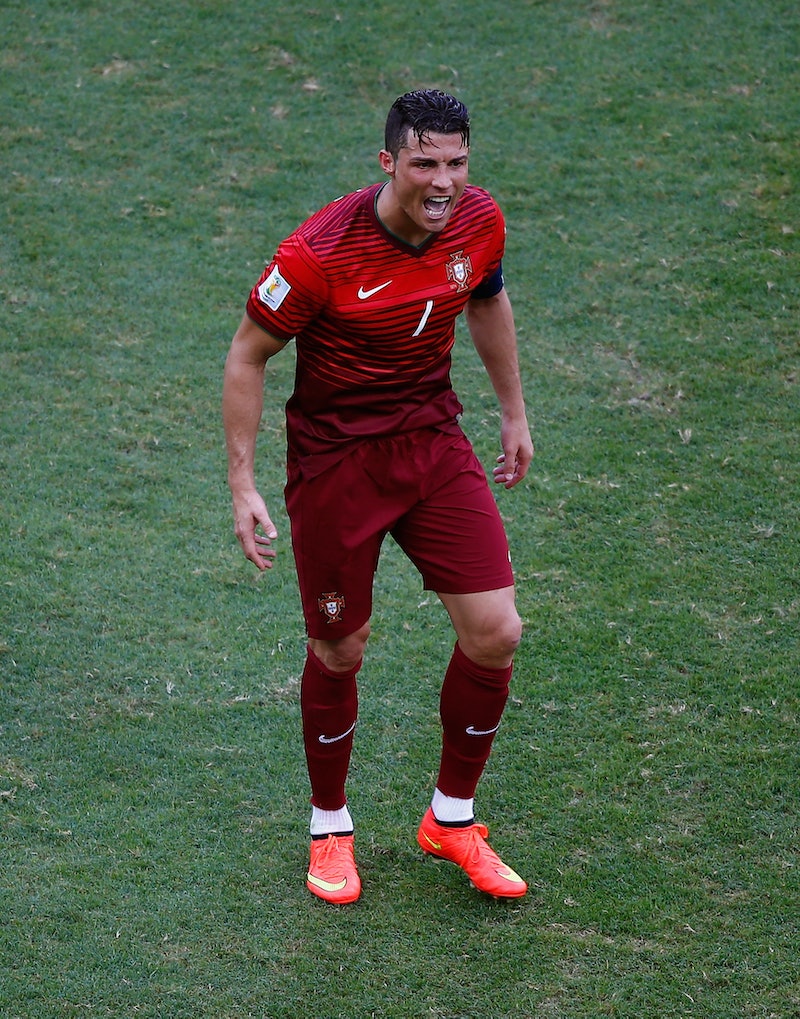 Along with being Portugal's star striker, Cristiano Ronaldo is a resident dreamboat and resident sensitive hunk. So as Germany steamrolled Portugal in their World Cup match, Twitter responded with Cristiano Ronaldo crying memes, coming up with its own interpretation on how Ronaldo was handling the game — e.g. with tears. Don't worry Ronaldo, we'll console you.

Yesterday, Ronaldo told Fox Sports he was ready to take on the German team after a knee injury that had bothered him leading up to the World Cup. He was recently seen leaving the practice field with ice bags covering the injury. Still, the Real Madrid player seemed confident enough to enter into one of the most anticipated opening matches of the Cup.

''I would be the first to tell the coach if I were unable to play, I would never put my career at risk even for a World Cup,'' Ronaldo said to Fox. ''I'd love to be 110 percent and but I am 100 percent and that is enough to help my team."

While it takes an entire team to fail its way to a 4-0 loss, Ronaldo is regarded as one of the world's top players. Oh, how the mighty fall. And mercilessly, too, if the Internet's reaction is any evidence.