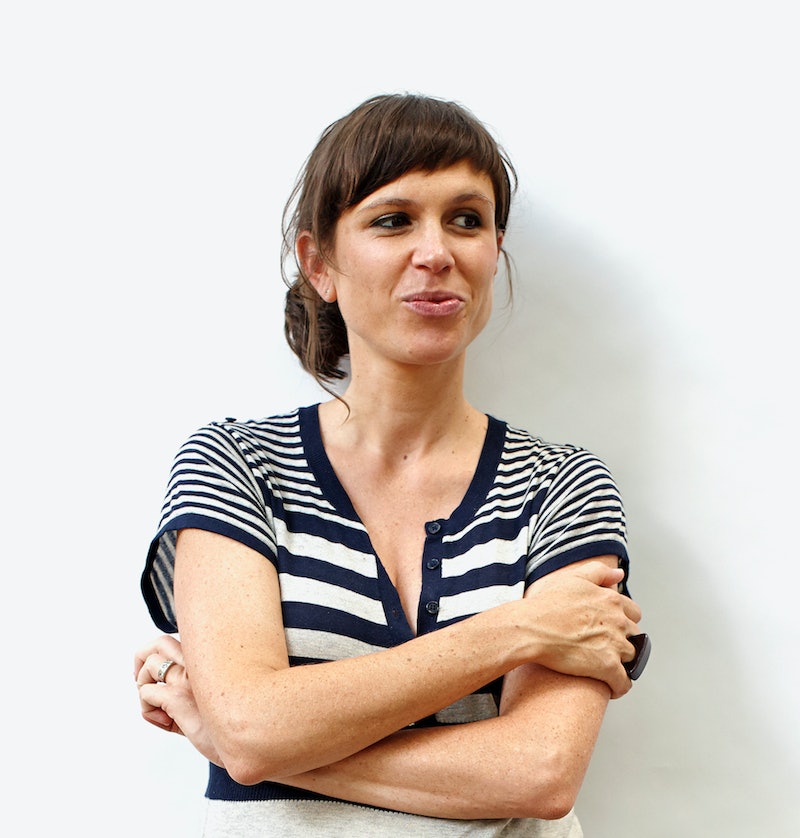 “How do you make love last?” This is one of the ambitious questions Courtney Maum’s debut novel I’m Having So Much Fun Here Without You (Touchstone) sets out to answer as it takes a microscope to modern marriage and its messy imperfections. It’s a question the novel’s protagonist, a failed monogamist, eventually asks of his own parents as he attempts to access and reassemble the debris of his broken nupitals. Heartfelt and peppered with humor, Maum’s novel takes readers on a deep dive into the complex recesses of monogamy and forgiveness, and resurfaces with poignant wisdom.

When we first meet 30-something English artist Richard Haddon, he seems to be living the fine life. He resides in a luxurious home in Paris, has just led a successful solo art show at a well-known Parisian gallery, is married to a gorgeous, brilliant French attorney Anne, and has an adorable 5-year-old. Instead of excitement, though, he only feels anxiety. For one, he fears the success of his commercial paintings make him a sellout, a traitor to the more provocative, experimental art of his youth. Secondly, he has fallen out of love with Anne and is pining over his young American ex-mistress Lisa Bishop who has recently dumped him and fled to London to get married. When a sentimental painting, made for his wife when she was pregnant, sells at the gallery, however, he is forced to reevaluate the reality of both his career and his marriage.

Though Maum is dealing with the timeworn topic of marital dysfunction, the author's dark humor, and raw emotional insights infuse the familiar plot line with an engrossing freshness. With sharp prose, Maum chronicles the messy midlife pilgrimage that follows as Richard embarks on a mission to repair both his relationship with his wife and his status in the art world.

“I owe my wife much more than an apology: I owe her the difficult feat of falling back in love,” Richard says, but worries that rekindling that romance may be impossible. And his mighty task is further challenged when Anne discovers a pile of fresh letters from Richard's ex-lover and enforces a marital separation, leaving Richard with little hint of what will happen next. Now physically and emotionally separated from the wife he took for granted, though, Richard finally begins to realize how desperately he wants her back, and embarks on a series of ever-grander cinematic gestures to try and do just that, many of which take an unexpected turn.

The marital relationships that surround Richard, too, play a key role in this spousal maturation. While working on a provocative art installation that critiques America’s impending war with Iraq — an endeavor he hopes will impress Anne — he begins a side project with an old video camera he discovers in his childhood closet. Without knowing his end goal, he starts gathering interview footage of other married couples — his tender old-school British parents and their family friends among them — whose marital triumphs and failures help Richard better understand his own.

In the loneliness of his solitude, Richard finally begins to take responsibility for his sins and becomes an exponentially more likeable character because of it. His deft, internal musings on love and marriage have us surprisingly falling for him as he grapples with ambitious questions. "Can we come back from love after an absence or does it die from neglect?" he ponders. "It does die. It does wither. You can't even walk away from a meal on a table without it losing heat and changing, much less a plant, a pet, a marriage."

Maum is a master, too, at delivering tiny, intimate and redeeming moments — from a lonely Richard falling asleep to vintage tapes of Crocodile Dundee to a humble, boyishly nervous one presenting his art installation to an infamous gallery owner; slowly, we grow to empathize with the once unsympathetic protagonist, cheering him on as he works tirelessly to find out what it takes to repair a marriage and whether it’s worth repairing at all.

There are a few kinks in the narrative, however. Although the historical context of Bush’s search for WMDs and the brewing war on Iraq fuels inspiration for Richard’s art project, it plays a minimal role otherwise, as do the scenic European settings. The secondary characters too are a bit underdrawn. Though they add color and humor to the narrative, we come to know very little about them, including even Anne. They seem to function only to build Richard’s character.

Despite these small pitfalls and a few incredulous twists, Maum’s portrait of a domestic dysfunction remains realistic and honest, and Maum succeeds at keeping the reader curious and invested in the outcome of the couple’s relationship. The initial drama of the plot is what draws us in, but the rawness of Richard’s internal struggles and the honesty of his inquiries are what keep us reading. I’m Having So Much Fun Without You is a sharp, big-hearted debut with an emotional pulse that lingers long after we close the book — a story that reminds us that marriage is complicated, beautiful, and even quite comic, for all its inevitable imperfections.