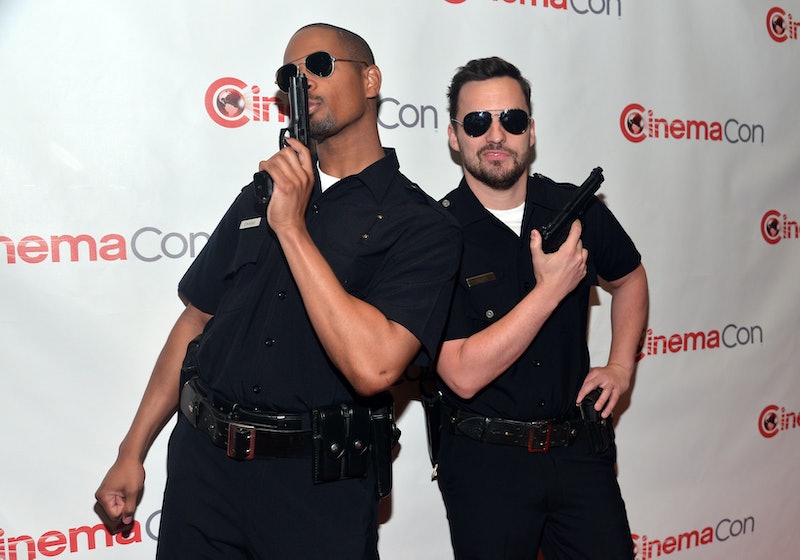 You've seen them on FOX's New Girl, and now Nick and Coach — that is Jake Johnson and Daymon Wayans Jr. — are reuniting for Lets Be Cops , this summer's bro-tastic blockbuster centering on two dudes who dress up as cops for a party and decide to play make believe for real. The first trailer for the film offered some laughs, some borderline racist jokes and a whole lot of man-child stereotypes. Now, we have a redband trailer for the film which delivers even more almost-funny one-liners and a whole lot of F-bombs.

One great thing the film has going for it is the undeniable chemistry between its leads. As seen in last season of New Girl, the pair have an obvious on-and-off screen bromance, and the film, rightfully so, is trying to capitalize on the duo's innate likability. Johnson's been on the indie circuit for the past few years with films like Drinking Buddies and The Pretty One, while Wayans is known for his role as Brad on Happy Endings. This film will attempt to elevate both to leading man status.

The trailer is complete with all the familiar bro-y tropes: booze, chicks, drugs, cars — ya know. Watch the redband trailer for Let's Be Cops, out August 13, below: