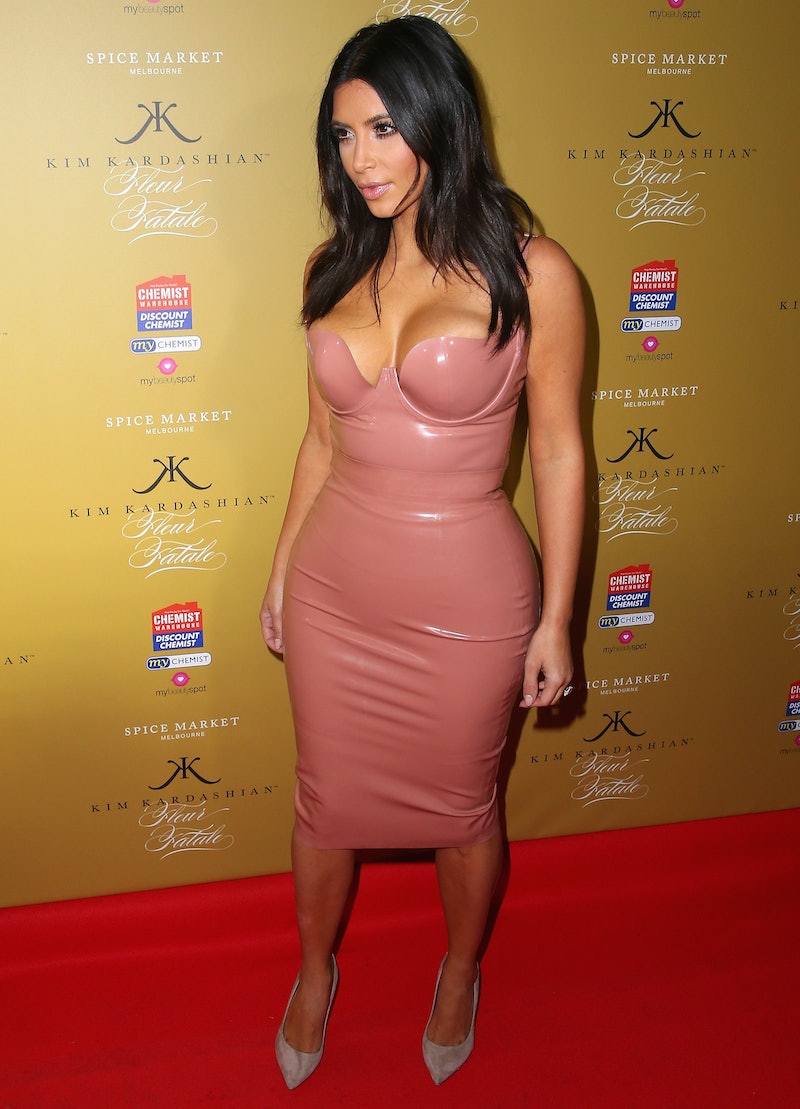 A day shall not pass on this earth without talking about what Kim Kardashian is wearing — apparently on Monday night she "stepped out" in a plunging tuxedo. BRALESS! The news here isn't that Kim looks goddamn amazing — because she does; why can't I get my breasts to reach for the sky like that? — but that people are shaming her for wearing something so scandalous while being a mom. Because in this day and age, mothers can't be sexy. They must renounce their sex appeal in favor of chastity and quiet motherhood.

Except, not at all.

Some tweets reacting to Kim's outfit express utter disappointment in the star's choice of clothing, and the insipid, beyond judgmental gist is that no woman who's ever birthed a child should be dressing in revealing or seductive attire. Because there's an intrinsic link to the quality of someone's parenting skills and the way they dress, right? Wrong. It's a correlation based in nothing but slut-shaming. But I don't even know if I would go so far as to call it slut-shaming as to call it lazy criticism; Kim is so prevalent in the spotlight, her every move scrutinized, it seems like the haters feel a pressure to call her out for every action (or outfit) possibly just to meet some imaginary quota.

Even though the tweets feign some sort of "concern" that a mother shouldn't be dressing like this, it's thinly veiled and pretty low. Body policing is one thing, but this is just trashy gossip talk. "Kim Kardashian's boobs take North West out for a walk" is not clever; it's a gross way to pretend you're concerned about what is appropriate and what isn't.

There's no steadfast rule that demands mothers must surrender their sexiness in order to be good parents. Haters be damned, Kim — your tuxedo looks incredible. Work that wide lapel.