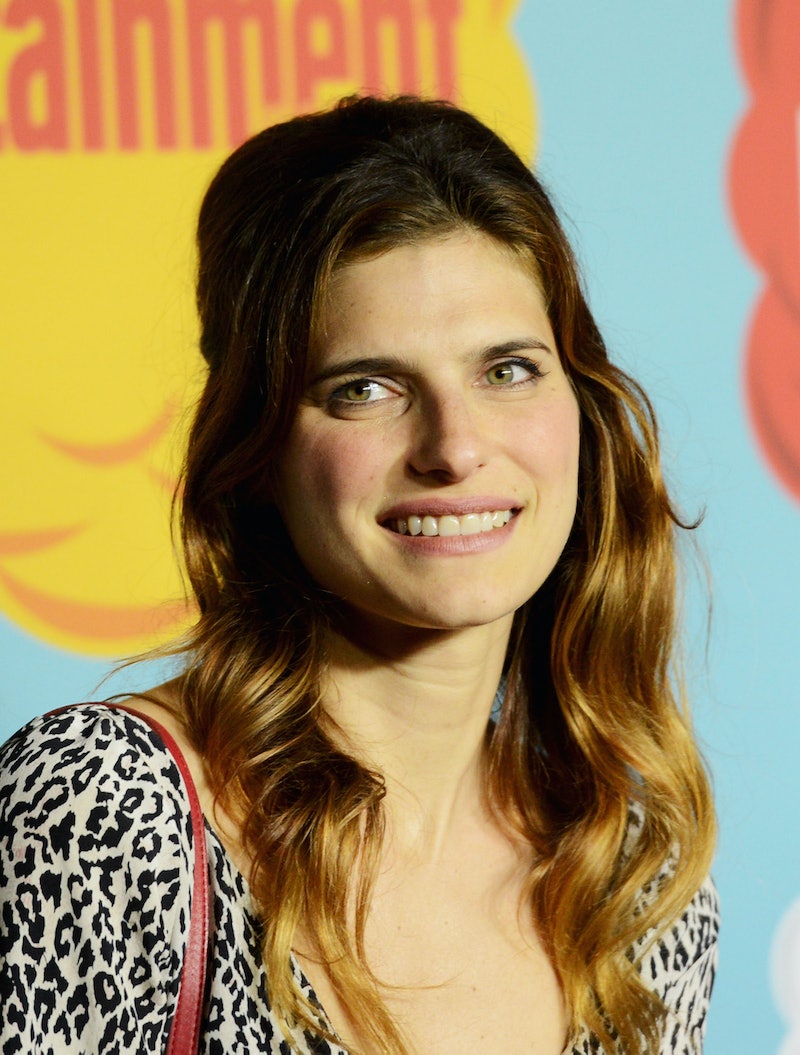 Did you know that the way you talk is, like, sooo annoyyyying to people who are fancy, educated, and legit? Lake Bell is the latest person to speak out about her annoyance with "vocal fry" and "uptalking," two apparently highly irksome trends that are taking over the way women speak. "Sexy baby vocal virus" is a "pandemic," she says. HuffPo blogger Kate Fridkis lamented "girly voice" back in the fall of 2012, as well, and Slate's Lexicon Valley podcaster Bob Garfield heavily criticized what he called "creaky voice."

In case you can't identify exactly what it is about the way you talk that bothers so many people, here's an example of/rant about vocal fry:

"Uptalking" is raising your voice at the end of a sentence like you're asking a question. Doing that makes you sound dumber, didn't you know?

It's like a speech pattern that includes uptalking and fry, so it's this amalgamation of really unsavory sounds that many young women have adopted. It's a pandemic, in my opinion. I can't have people around me that speak that way, and mainly because I am a woman, and I grew up thinking a female voice and sound should sound sophisticated and sexy, à la Lauren Bacall or Anne Bancroft or Faye Dunaway, you know. Not a 12-year-old little girl that is submissive to the male species.

I see what she's saying, but I think it's going too far to imply that women who speak using vocal fry or uptalking are "submissive to the male species" or infantilized in any way. Something about this ongoing crusade to criticize the way young women communicate really rubs me the wrong way. I mean... why is Lake Bell (or anyone else for that matter) qualified to say what's appropriate about the way other people choose to express themselves? I find it pretty offensive when anyone judges anyone else on the basis of something that's essentially superficial like this (especially a woman blatantly criticizing other women and positioning herself as correct and others as blatantly wrong).

When I was a teenager, my parents and grandparents called me out frequently for saying "like" a lot. I'm a grown woman now, I still say like a lot, and as far as I can tell, basically everyone around me says like all the time, too. People my age, of course, but also older men and women. It may not sound as mature and educated as speak devoid of likes, but as the people in my generation and in Generation X age into positions of power in society, saying "like" as a verbal tic necessarily loses some of its stigma. I'm not saying in 30 years we're going to have a President who's all, "Let's, like, go over the fiscal budget," but it's evident that these kinds of verbal trends that are so overwhelmingly annoying and offensive at first eventually seamlessly fold themselves into the lexicon. And everyone deals with it just fine, without submitting to the male species!

I'm not an expert in linguistics or vocal communication, but there are shifts over time in talking trends, just like there is in any field. Remember back in Victorian times when the idea was that children should be "seen and not heard?" I imagine all the yuppie parents who tote their chattering toddlers around to restaurants and other public places would find that adage both outdated and maybe a little bit backwards. I'm not saying the same thing will necessarily happen with "creaky voice" or "vocal fry," but it goes to show that patterns of acceptable communication are subject to change.

Aside from all that, I have to add that I think all this critique of the way young women express themselves is pretty sexist. There's no one way to sound "sophisticated and sexy," and the vocal stylings of Lauren Bacall and Anne Bancroft, like the models of womanhood of the decades in which they were in their prime, are not always going to hold prominence. Things change, women change, the way women talk change. By ragging on young women for talking like "sexy babies," critics are reinforcing yet another of those bazillion strict societal rules for what constitutes acceptable womanhood and acceptable female behavior.

More like this
How To Remove A Sound On TikTok
By Emma Carey
25 Things I've Reduced My Life To, In Addition To WFH In My PJs
By Ginny Hogan
The Spiritual Meaning Of The August 2022 New Moon
By Nina Kahn
Your Daily Horoscope For August 12, 2022
By Mecca Woods
Get Even More From Bustle — Sign Up For The Newsletter