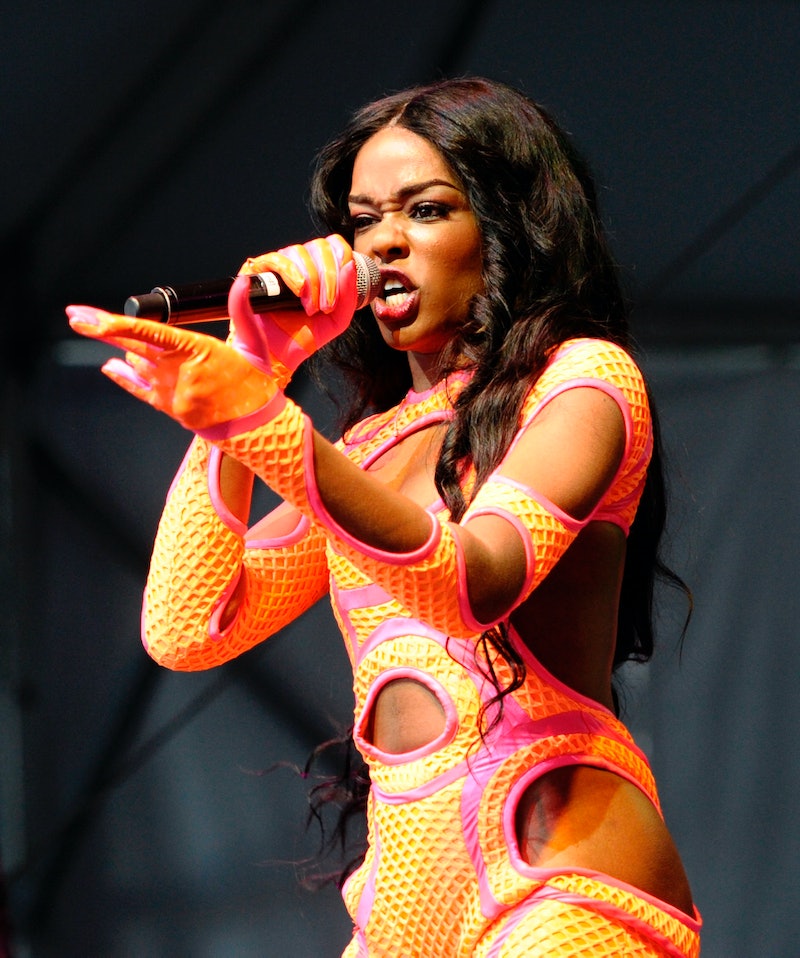 If Azealia Banks recorded a song for every Twitter feud she's participated in, she'd have enough music to release a full album. Judging by her history with nasty online exchanges, she obviously subscribes to the notion that there's no such thing as bad publicity. She may not be concerned with being liked, but Banks' most recent Twitter tirade against rapper T.I. and his wife Tiny is simply uncalled for and once again, completely diverts our attention away from her undeniable rap skills.

Banks' issues with T.I. began in 2012 after XXL magazine excluded her from its annual Freshman list, but included fellow rapper Iggy Azalea. Banks didn't think Azalea deserved the honor due to some controversial lyrics from Azalea's song "D.R.U.G.S," so she did what any peeved rapper would do — she lashed out on Twitter.

Azalea's association with T.I.'s Grand Hustle record label prompted T.I. to speak out on the issue, thus creating the beginning of an awful war of words. Fast forward two years, and Banks is obviously still pissed over the incident and used T.I.'s new song "No Mediocre" as an excuse to reignite a disagreement that should've have been buried long ago. What else would prompt her to tweet these nasty insults about T.I.'s wife?

As for T.I.'s response? It came in the form of a cringe-worthy Instagram post complete with a hashtag rant:

While it's refreshing to see someone buck the entertainment industry trend of carefully-constructed images that detract from artist individuality, it's an entirely different situation when a huge part of that individuality is owed to senseless online spats. It's worth questioning whether her attitude will impact the reception of her oft-delayed debut album. She could really benefit from dedicating more time to thinking before she tweets, before fans of her music begin dedicating their time to other artists' music.