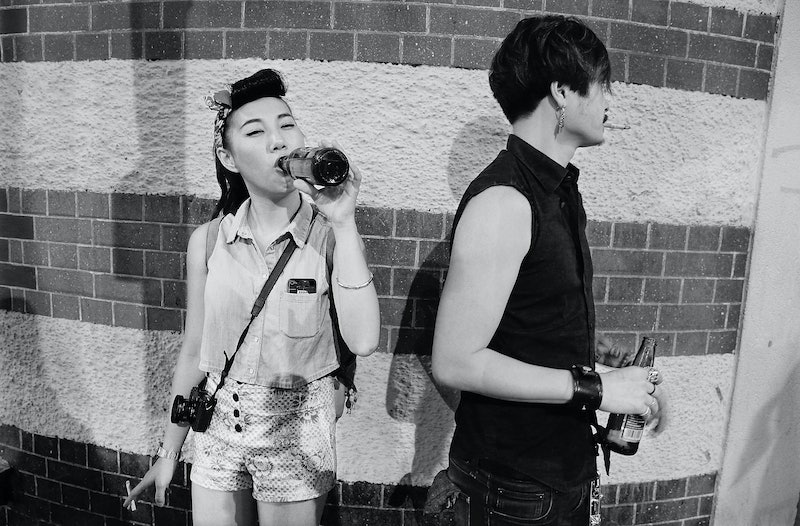 So, you're a dude walking down the street — maybe you're on you're phone or something, or maybe you're just walking to the gym or whatevs — and a pretty woman comes up to you with a very, very forward question: "Would you have sex with me? My house is just over there." And nope, she's not kidding. What would you do? (Well, you'd get off the phone with your mom, for one.) Watch what happens in YouTube channel Whatever's new video when a woman asks a bunch of random men that very question:

I feel like everyone's always like "Dude, men are sex animals. They're are ready to have sex at any time with any woman. DUH." But this video turns that idea on its head: In fact, only 50 percent of the men this woman propositioned said yes, they'd like to have sex with her right away. I'm sure some of them were just suspicious and confused, but still. Men: They apparently don't think with their penises as much society tells us they do!

The woman in the video, Andrea, is conventionally attractive and dressed to be eye-catching, in her belly-baring shirt and little denim jorts. As you can see, she gets mistaken for a prostitute and almost arrested, which is something I didn't anticipate. I wonder what would have happened had she been dressed in like, a Laura Ashley dress and a trench coat, or something that wasn't obviously chosen to make her look sexually alluring. Would the results have been different?

Also, I found it interesting that the majority of men she approached appeared to be young and white. Of course, there were a few older men (and race and ethnic identity isn't aways obvious up front, especially in few second snippets) but I wonder what would have happened if the video had used a larger representation of races (or if the woman asking the men had been black, or Asian, or South Asian, or Latina). That might have been a crazier experiment, and possibly even considerably less amusing.