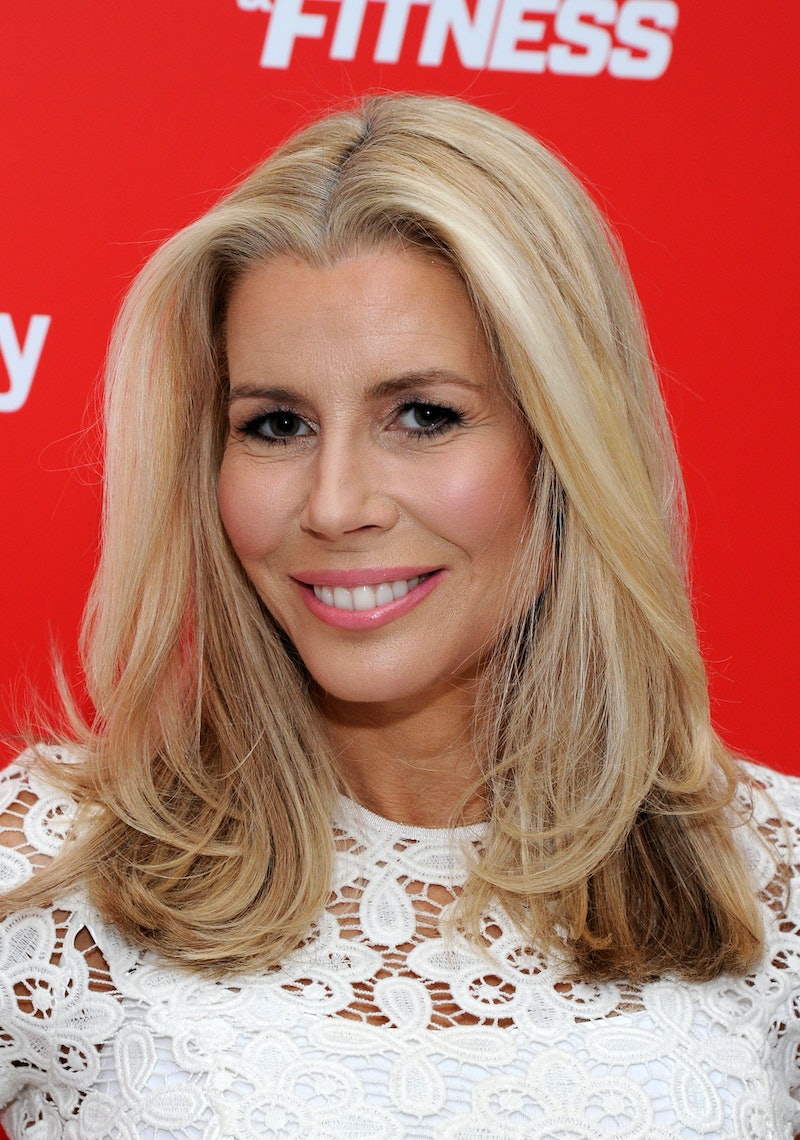 To further this season's blatant weirdness, Kristen invites the gang along on a trip to Montana to herd cattle instead of partaking in their usual Labor Day of extravagance and relaxation in the Hamptons. Either Kristen is the best Real Housewives of New York troll ever and we haven't given her enough credit or she just really has no clue what kind of prissy prima donnas she's dealing with. Because rural and desolate Montana seems like a Real Housewives dream, no? No. It sounds a lot more like Aviva's come down with convenient asthma (asthma that you get when you don't want to do something and need to use that as a valid excuse) and everyone besides Carole (rock on, girl) and Heather have come down with a serious bout of complaint-itis. Case in point, other than the super nice digs (because even down-to-Earth Kristen has an air of fancy about her), everyone's prepared to hate the hell out of this whole damn trip.

Actually, know who doesn't hate the trip? Aviva, because she worked her medical mystery way out of going. Seriously though, did Kristen really think that Aviva — of all people — wasn't going to come up with some cockamamie excuse to bail? Girl lives in a fancy house on a fancy street in a fancy neighborhood where everything is neat and clean and perfect. Montana has like, dirt and animals and shoddy wifi — THE HORROR! (Though I have to admit, her asthma diagnosis did give me a good chuckle. Not that asthma is anything to joke about, but Aviva's penchant for desperately trying to get out of things is. Plus, that interview clip with her hungrily huffing up that inhaler? Cinematic gold. How has this woman not been cast in The Young and The Restless yet?)

A+ to Aviva for her asthma being the most interesting part of an otherwise uneventful episode. Montana is sort of, well, boring. At least television-wise.

Now let's see if that inhaler makes it through rest of the season...