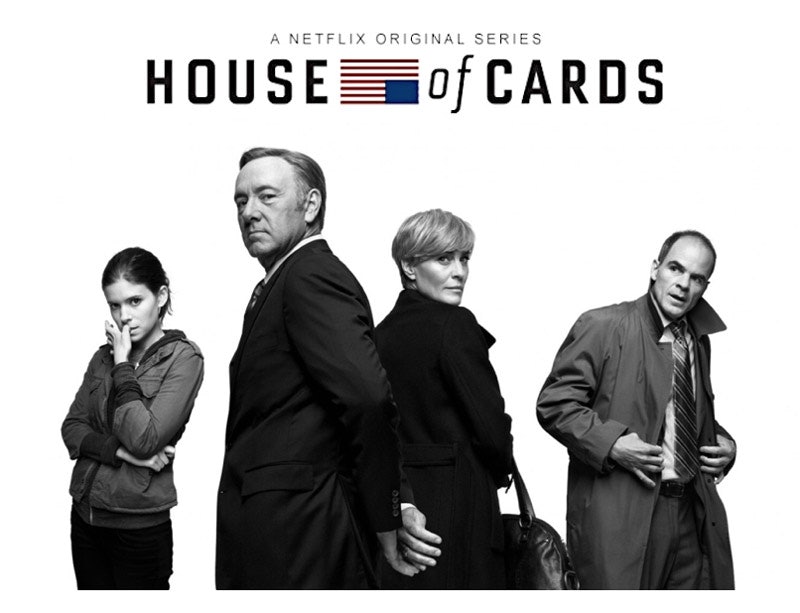 According to members of China’s leading Communist Party, if you want to get a glimpse into the political practices in Washington, all you need to do is turn on the Netflix series House of Cards. The Discipline Inspection Commission in China raised their eyebrows at the show, insisting that House of Cards is just a condensed version of U.S. politics. Authored by Zhao Lin at an academic group linked to party’s anti-corruption body, the article advocates that the abuse of power, as depicted in this show, is, well, just like real-life American politics.

Lin points out that storylines in the show — as well as other dramas, such as the film American Gangster — surprise Chinese audiences because it contrasts with the Western nations’ pride in their governmental integrity.

According to a The Wall Street Journal translation from the Chinese-language article:

Are these plots real? Is America that corrupted? In fact, if you dive deep into these issues, you will discover that the corruption problems in developed Western nations such as the U.S. are widespread.

The article gained momentum Tuesday, and commenters in China’s blogosphere began trashing Lin’s ideas. Some even criticized China’s own corruption problems, stating that there are no dirty politics that could oust that of China’s own government.

It seems that House of Cards has thrilled Chinese audiences, just as it has in the U.S. However, authorities in China are becoming increasingly worried that their citizens are becoming more intrigued by imported entertainment programs (such as House of Cards) rather than state-direct content produced in China.

So, China thinks these plot lines are the same as real life politics — and based on several back-firing comments, many disagree. I guess there is no such thing as just a good ole ’ drama on T.V. anymore. But, what if the characters were actually real and working in Washington like they do on the show? (Warning: SPOILERS below!)

Although quite the manipulative guy, Frank gets stuff done, and he has an insatiable desire to get to the top and be successful. Even Obama commends Frank: Referring to this character, Obama commented, “I wish things were that ruthlessly efficient…This guy’s getting a lot of stuff done.”

Imagine what Frank could do for our Congress.

Just as cunning and devious as Frank — or Francis, as she refers to him on the show — Claire is the backbone of Frank’s work. Her passions are just a strong, especially when it comes to reforming the treatment of rape cases. Washington could use a strong, passionate women like Claire!

Wipe away the tears, folks — his memory is one that will last. He may have been a complex guy, but his fierce loyalty is unmatchable. As chief staff to Frank, he was a great partner. R.I.P.

OK, so maybe she’s a bit uncompromising and ruthless, but this lady is intriguing. She will do anything to get her way, which was quite clear from the beginning. But, as one of the strongest characters on the show, she’s another pretty successful women.

Described by Frank as a, "tough as a two-dollar steak", Linda is a smart lady. Yet, we tend to underestimate her capabilities. She knows when to just get away, as exemplified by her resignation.

For a quiet character, Rachel is quite clever. As one of the most heartbreaking characters on this show, we all cheered when she bashed Doug’s head with the rock and drove off. Phewf, talk about satisfaction!

Young, motivated, and persistent, Zoe deserves more credit than she gets (err, sometimes.) Unfortunately, she is often seen compromising her morals to get the story. Although her internal struggle to be the absolute best reporter is hard to watch at times, nobody enjoyed watching her murder.

When her and Zoe collaborated, the two of them were an unstoppable dynamic duo. As a report in real life, I would prefer to know her during that period of time — not when she chickened out of their plan.

As season one’s major casualty, Peter suffered a lot. Despite his actions, most of the time he knew what was right and what was wrong. He was an ambitious guy, and during his sober moments, he wouldn’t be TOO bad to have in real life.