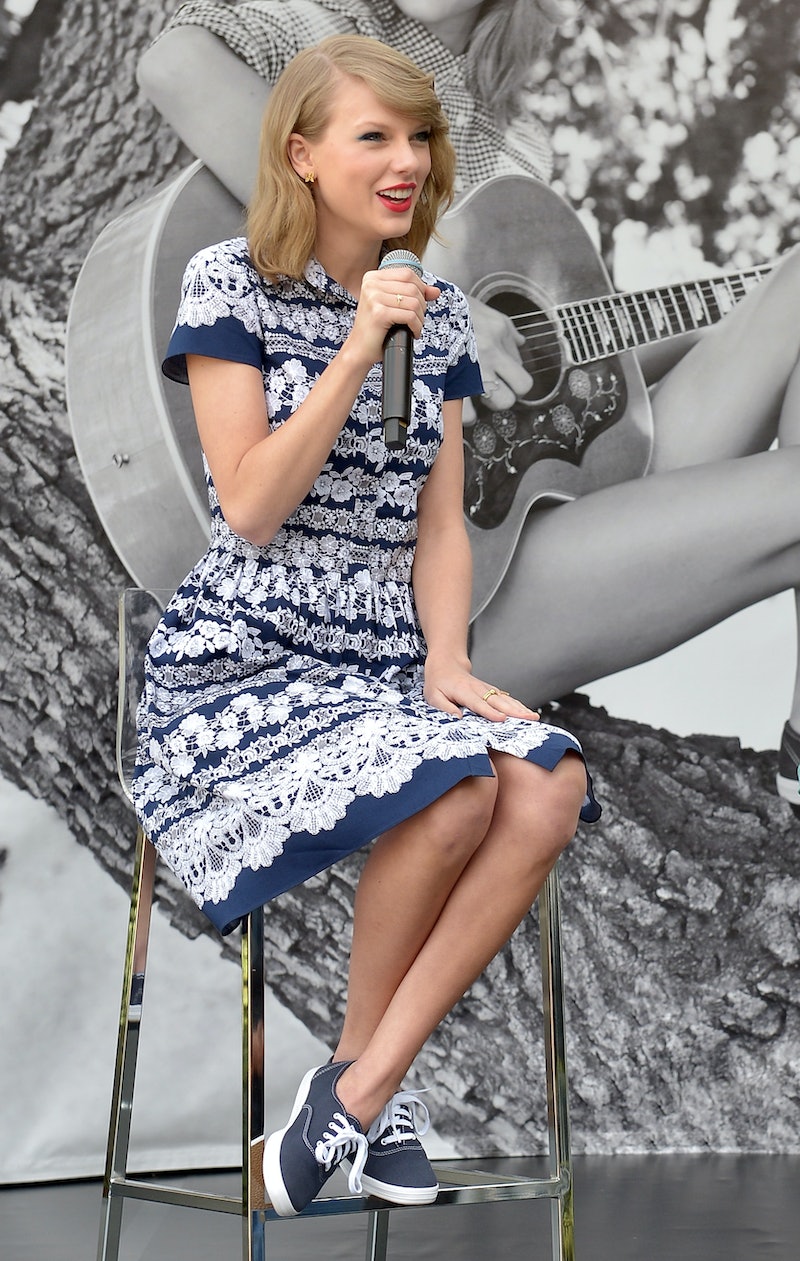 It's official: Taylor Swift is the queen of the Hollywood BFFs. It's a development that's been brewing for ages and she's been documenting her time with her famous friends seemingly forever. More recently, Taylor Swift has been using Instagram to take her celebrity BFF status to a whole new level. She's practically the Daenerys Targaryen of Hollywood friendship, sweeping from region to region and conquering what's there. Only instead of dragons she's got social media, and instead of a recapturing of her family's legacy she's seeking a cementation of the new image she's created for herself.

In her first few years in the spotlight it seemed that Taylor Swift would never escape the shadow of her love songs. And yes, you can pretty much guarantee that every new dating rumor surrounding her will automatically trigger a brainstorm of the lyrics to the melancholy song that will no doubt come from it. But by and large Taylor Swift has moved on. At the very least she's moved forward: Swift's gone from "everyone's high school girlfriend" to "every girl's best friend." Or at least her PR has.

Though the endless stream of pictures depicting Swift hanging out with her many, many real-life friends will no doubt continue, Swift's graduated her campaign to be queen of the BFFs to other areas of Instagram. Namely, she's engaging with fans on Instagram in ways much more personalized than many people have come to expect of celebrities.

Swift — whose reps confirmed to The Washington Post, runs her own Instagram account — has been responding to images fans have tagged her in on the social media platform. The messages are personalized and often express either gratitude or relation — often both.

Regardless of whether you see this and think "Oh, that's so sweet and genuine!" or "This is obviously a celebrity ploy for good press," in the end it doesn't really matter. Taylor Swift is the master of this game.

The idea of the celebrity everyone wants to be friends with isn't new; it's been around for as long as Hollywood has, arguably longer. But social media and the Information Age have brought the concept to a fever pitch. The combination of increased interviews, talk show appearances, paparazzi stalking, comedy sketches, and celebrity tweets has fostered the idea (if not the reality) that we can really know the people who entertain us.

One of the biggest and most recent examples of this phenomenon is Jennifer Lawrence, whose candid behavior in interviews has resulted in the desire to be her friend becomings its own zeitgeist. Outside of Lawrence, though, there are other examples: Emma Stone has a charisma that make you want to invite her to your birthday party; Amy Poehler's is the wise BFF you wish you had, and Lupita Nyong'o's the person you want to spend hours with talking about feminism and drinking mojitos. Mindy Kaling, Tina Fey, Emma Thompson: the coveting of female friendship in modern Hollywood applies to all of them. Can you imagine a dinner party with all of these women? How many people would kill for that invitation? (I definitely would. Call me, ladies!)

The difference between Swift and most of the people on that list, though, is that almost none of them use social media as heavily as Swift does. Mindy Kaling would be the exception — she's known for her awesome tweets and Instagram pics — but even she hasn't taken the step Swift has with fan engagement. Even if her reps were bluffing and someone else is writing these missives to fans, the effort still has an impact: a closeness to Taylor Swift is fostered. It may be a perceived one, but its presence shouldn't be discounted, especially in the joy it provides to the people to whom she's responding. She's accessible. There's power in that.

"We Are Never (Ever) Getting Back Together," one of the hits from Swift's most recent album, may be about a boy, but "22" is pure rollicking friend time. On that count, "We Are Never..." is about a boy but it's framed through a phone call with a friend — ever the reminder that love interests may come and go, but Swift's more enduring commitments lie in the friendship zone. And she's inviting everyone.

More like this
Taylor Swift & Her Mom Clap Back Against The “Shake It Off” Plagiarism Lawsuit
By Jake Viswanath
Sophie Turner & Joe Jonas’ Fave Taylor Swift Album Is Full Of “Bangers”
By Sam Ramsden
Twitter Is At Odds Over Taylor Swift’s Possible ‘All Too Well’ Oscar Run
By Brad Witter
Lauv Is No Stranger To Taylor Swift, Drake, Ed Sheeran, & Fame
By Alyssa Lapid
Get Even More From Bustle — Sign Up For The Newsletter