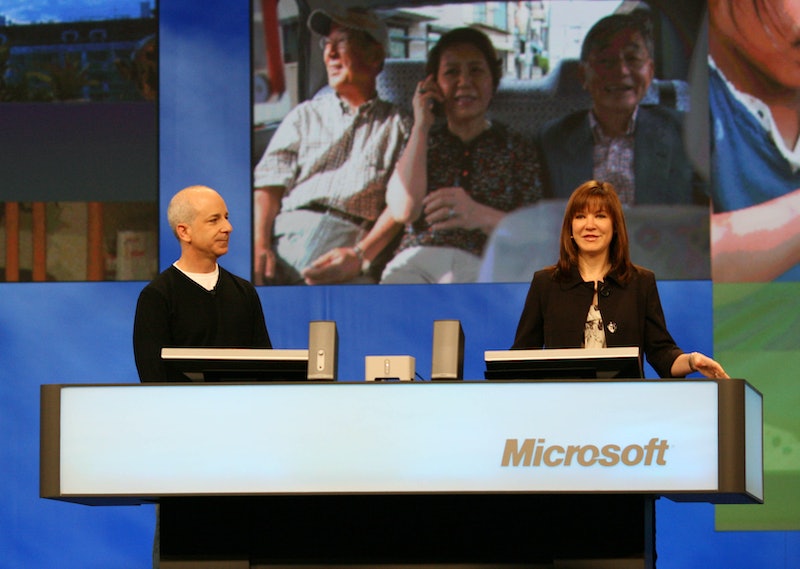 We’ve all heard about the glass ceiling: the systemic obstacles that prevent women and minorities from climbing the corporate ladder, regardless of qualifications. This phenomenon leads us to celebrate the moments in which women and racial minorities appear to shatter this barrier. Unfortunately, new research from Utah State University suggests that there may be a grimmer undertone to these professional advancements.

In a series of papers, Utah State University professors Alison Cook and Christy Glass have identified and explored a concept known as the “glass cliff”—the idea that nontraditional leaders (women and minorities) tend to be put into leadership roles during times of crisis and decline. Cook and Glass’ research suggests this tendency has serious consequences for diversity efforts.

Glass and Cook conducted a meta-analysis of CEO transitions at Fortune 500 companies between 1996 and 2010. They discovered that women and minorities were more likely to be appointed to corner offices when the companies were struggling. What’s more? When those leaders failed to effect swift change, they were generally replaced by traditional white male CEOs once they left.

“There have been high-profile cases of women appointed as CEOs, then blamed for their companies’ failures within six months or a year,” Glass said. “Companies’ common response is to think they need a ‘corporate savior,’ a white male, and give him longer to produce results. Women and racial minorities are set up to fail, and be pushed off the glass cliff. They are put in really precarious leadership positions, then blamed.”

But why? It's possible that the same good ol’ boys who initially resist putting women and minorities in high-powered positions might fail to integrate them into their networks once they’re in charge. Highly visible and without a support system, the nontraditional leaders are set up and expected to fail.

Julie Larson-Green is a prime example of this reasoning at work. Larson-Green was dubbed the new director of Microsoft’s Xbox division, a corporate move that was met with a hailstorm of criticism.

Digital Trends reported on the backlash. The comments they highlighted are listed below:

“Just another empty skirt that wants to be macho.”

“I can’t help wondering if she’s getting the job because Microsoft think we’ll be more likely to swallow all their bullshit if it’s being presented by a pair of tits.”

So, we can safely conclude that Larson-Green’s gender not only rendered her an unfavorable recipient but a target of company scrutiny and doubt. In addition, according to Digital Trends, Larson-Greens’ position only arose out of the recent restructuring of Microsoft. Seems to be following the pattern: Woman inherits a corporate mess, and is expected to swiftly clean it up without corporate support.

Looking at cases such as Larson-Green, one might easily conclude that it's just a matter of deliberate sabotage. Cook suggests that this is an oversimplification of the problem, however. “At the top ranks... when they are looking for quality, to them it looks like the person in the mirror,” Cook says. “They are white males, and they understand white males. We are attracted to people like us. It may not even be conscious. They don’t know what they are doing.”

Don't know what they're doing? Sounds like a cop-out to me. If corporations are serious about diversifying those at the top, then they should take more care to make sure these nontraditional leaders have the same support that white male CEOs would.