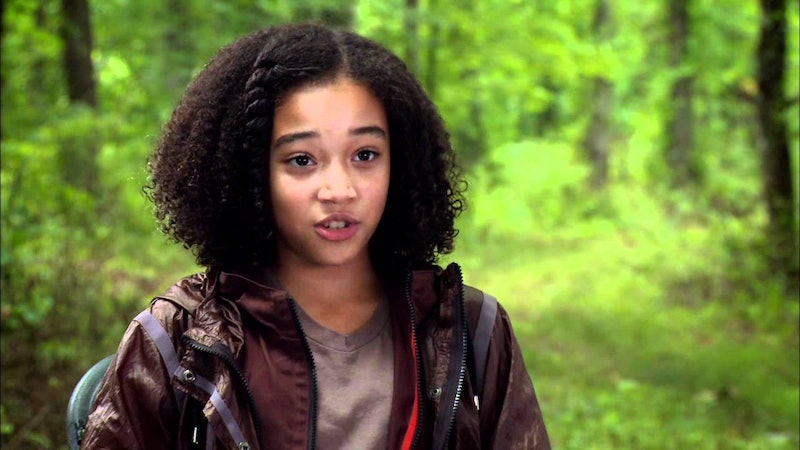 Amandla Stenberg, the 15-year-old actress best known for playing Rue in The Hunger Games, has now stepped behind the camera. The short film, which she posted to her Twitter, is Stenberg's adaptation of The Yellow Wallpaper, the Charlotte Perkins Gilman short story that all English majors are familiar with. Stenberg directed, shot, and edited the 14-minute movie, and it's very impressive for what she refers to as a "student film."

Her talent is apparent; the camera angles and editing of the film produce the chilling effect of Gilman's tale. Stenberg doesn't appear in the film, and the professional quality of her work signifies an interest in the behind-the-scenes aspects of filmmaking; and we all know we could use more women in those roles.

The short film shows impressive attention to detail, but it is not just meticulous. The way in which the camera focuses on the star's face and shows her perspective displays a sensitivity to her suffering. For those who are unfamiliar with Gilman's story, it depicts the pain of a woman oppressed by Victorian society and a cold, unsympathetic husband. Trapped in a room with yellow wallpaper, the woman descends into madness, and the film cuts frantically from shot to shot as she loses her mind. Stenberg also shows off her hip music taste with a perfectly eerie soundtrack including James Blake and Grizzly Bear.

The choice of source material and empathetic portrayal of an oppressed woman suggest that Stenberg is sensitive to feminist causes. Hopefully this foray into directing and editing will not be her last. We need more female voices to tell stories like The Yellow Wallpaper, and it's a good sign that a promising young actress could step up to the task.