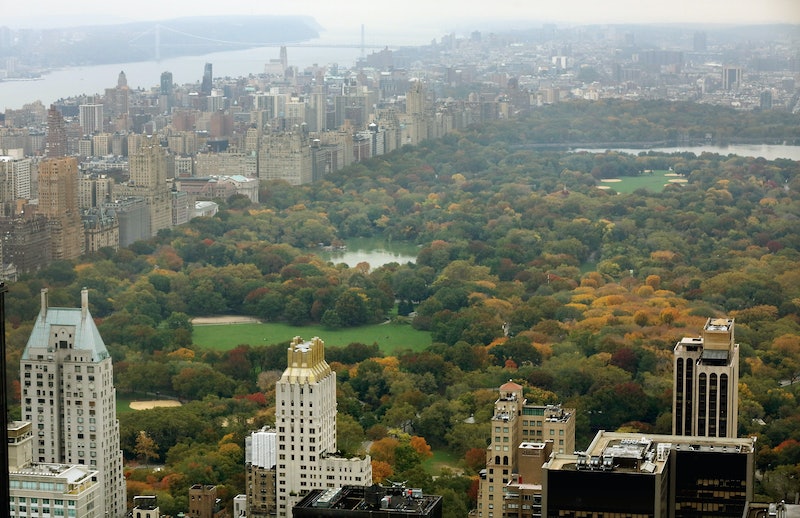 More than two decades after they were wrongfully accused of beating and raping a female jogger, the Central Park Five have settled a massive lawsuit, finally putting to rest a bitter case that sparked public outrage and created rifts between the city and New York's minority communities. The five men convicted in the assault agreed to a $40 million dollar settlement from the city of New York. The civil rights lawsuit was first brought against the city in 2003, a year after the convictions of the five men were overturned due to new DNA evidence.

The lawyers for the five plaintiffs were initially pursuing $250 million in damages from the city, alleging racial discrimination, malicious prosecution and emotional distress. Former New York Mayor Mike Bloomberg and his administration fought the lawsuit for years. However, before assuming his position as mayor, Bill de Blasio criticized the actions of the city, saying in 2013 that it's "long past time to heal these wounds."

Mayor de Blasio's office has yet to release a statement about the $40-million-dollar settlement. Meanwhile, the Facebook page for Ken Burns' 2012 documentary about the case, The Central Park Five, published a one-word post: "Finally!"

At the center of this infamous case was 28-year-old Trisha Meili, an Upper East Side resident who regularly jogged through Central Park after work. Meili, a Wellesley and Yale grad, worked on Wall Street at an investment bank.

At the time of the attack, most media outlets refrained from publishing Meili's name, instead referring to her as "the Central Park jogger." She didn't confirm her identity as the jogger until 2003, when she published a memoir titled, I Am the Central Park Jogger. Meili now works as an motivational speaker.

Meili was jogging her usual route through Central Park the night of April 19, 1989, when she was brutally assaulted and raped. Her body wasn't found until 1:30 a.m. — four hours after the attack occurred. According to a 1989 New York Times article, Meili's hands were bound with her sweatshirt and her mouth was gagged. Wearing only a bra, Meili was discovered lying in a pool of blood, her skull badly fractured. She remained in a coma for days, and doctors assumed she wouldn't regain consciousness.

The night of the attack, press reported that gangs of "youths" were roaming the park's paths, assaulting and robbing other joggers and passersby and throwing rocks at taxi cabs. Terms such as "packs," "marauding" and "roaming" were repeatedly used, which later helped incite the public.

New York City police believed these "youths" were responsible for the assault, because of the popularity of "wilding," which authorities thought meant running wild. Although six juveniles were charged, only five — four African-American teenagers and one Hispanic teenager — were brought to trial: Antron McCray, Kevin Richardson, Raymond Santana, Kharey Wise and Yusef Salaam. They became known as the Central Park Five.

However, there was no DNA evidence linking the Central Park Five to the attack.

The Trial And Sentencing

The young men received sentences between five and 15 years.

The Central Park Five case became an example of what happens when sensationalism runs wild. At the time of the attack and ensuing trial, New York City was experiencing record-high crime rates and struggling to rebuild after a period of decline and disarray. As a result, it was easy to sensationalize crime in New York by creating the sense of "packs of youths roaming" the streets. It was, indeed, a very different New York than today.

At the tail-end of Mayor Koch's New York, divisions were already well-formed between the city's white and minority communities. The Central Park Five ignited more racial tensions and outraged the African-American community, who believed that the accusation was a display of white hysteria.

“The first thing you do in the United States of America when a white woman is raped is round up a bunch of black youths, and I think that's what happened here,” the Rev. Calvin O. Butts of the Abyssinian Baptist Church in Harlem told The New York Times at the time.

Many of the city's more affluent residents pushed for the convictions of the Central Park Five, including Donald Trump. In May 1989, Trump took out a full-page ad in The New York Times calling for reinstatement of the death penalty. "I want to hate these muggers and murderers," Mr. Trump wrote in the ad, referring to the Central Park jogger case. "They should be forced to suffer and, when they kill, they should be executed for their crimes."