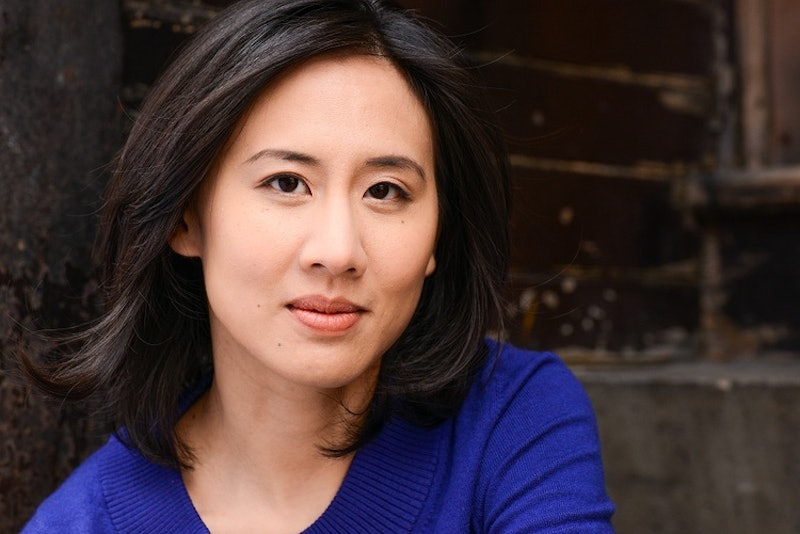 It’s Ohio, 1977, and 16-year-old Lydia Lee is dead. This isn’t a spoiler — it’s revealed in the opening lines of Celeste Ng’s haunting debut novel, Everything I Never Told You (Penguin). Lydia was the middle child, the favorite of her homemaker mother and college professor father. Her mother Marilyn was convinced Lydia was headed for great things. She would work hard and become a doctor, making up for Marilyn’s own frustrated dreams. James, Lydia’s father, thought of his middle child as the popular one, the one with all the friends he never had growing up as the sole Asian kid in a white town. Lydia, with her mother’s blue eyes and father’s black hair, would be the perfect combination of both parents.

The narrative jumps back and forth in time, uncovering the parents’ early ambitions and the sweet beginnings of their interracial romance. Their relationship deepens and evolves, and their children are born, including Lydia's older brother Nath and younger sister Hannah. Through these scenes, we get to know Lydia, and we discover that her parents’ desires for their daughter only tell part of the story. What was Lydia really like, what did she really want? The answers to these questions nudge the story forward — getting to know the real Lydia brings everyone closer to the truth about her death.

Everything I Never Told You is, on one level, a literary murder mystery: the novel’s answer to television shows like Top of the Lake or The Killing — stories that are not so much about fingerprints and forensics as emotions and atmospherics. If a reader is looking for an action-packed thriller, this book won’t fit the bill. A different kind of reader will understand that the emotional ramifications of a tragedy matter more than the circumstances of the crime.

Ng (pronounced “ing”) is a gifted storyteller but an even more gifted character-builder. On the surface, not a lot of the story concerns itself with the circumstances of Lydia’s death. It all simmers down deep below. As the threads of the story weave together, it becomes clear that almost every scene, every character, and every line indirectly points to the tragedy at the center of the narrative. James finds comfort in the arms of his young graduate assistant, Nath directs his anger at their neighbor Jack, little Hannah watches her family fall apart. It’s not immediately apparent, but each puzzle piece becomes an important part of the big picture.

Everything I Never Told You is a book that has a lot to say. It explores the challenges of an interracial family in 1970’s America. It’s also about the pressure and problems of being both the middle child and the favorite child. It’s about what it means to be a girl and a woman, and how it feels to be different. Ng doesn’t have any easy solutions or platitudes about grief and redemption. She gives us characters who are fully developed, whose grief is palpable and believable. This novel explores how unexpected loss forces survivors to find out who their loved one really was — not just who they wanted them to be. And most of all, it’s a powerful book about how those left behind must learn to go on living.