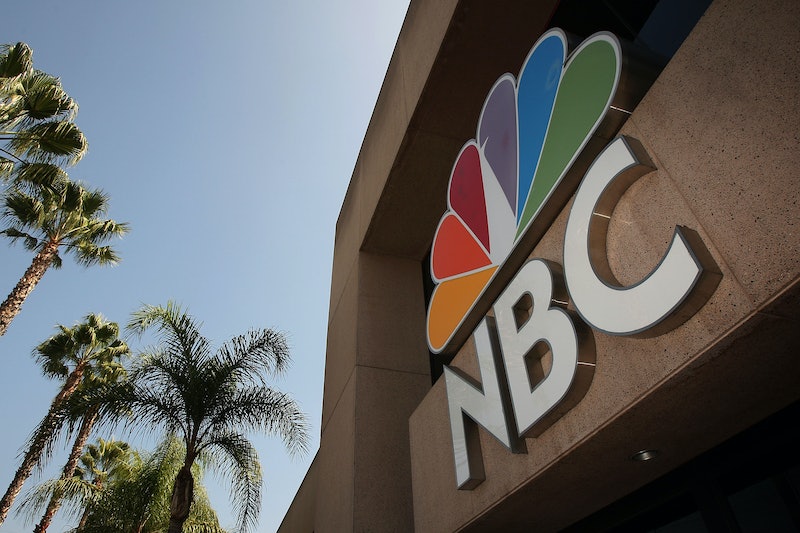 Indie rom-com Obvious Child has been heating up, rolling out to more theaters across the United States and raking in more than $330,000 — not bad for a film playing on just 18 screens. But despite garnering a huge online following — and endless abortion-comedy thinkpieces — the film is having a tough time on the TV airwaves. NBC allegedly refused to run Obvious Child ads that featured the A-word, because think of the children (and conservatives). According to The Wrap, film company A24 submitted three commercial TV spots to NBC, and all of them were denied.

NBC, taking a tip from a number of Southern states, has some strict guidelines about abortion. The broadcast company reportedly asked A24 to edit out the word "abortion" from all Obvious Child commercial spots. When A24 tried to negotiate with NBC, they declined, asking instead for a "clean" 15-second spot to run. That abortion-free spot is currently running on NBC's digital platforms.

A source told PageSix that the film's distributor wanted to have the ads run during primetime and Saturday Night Live, not during the morning or afternoon.

NBC is refuting these claims, stating that the network did provide feedback on a rough cut of the film's trailer, but never said to remove any "specific words." The network added that the distributor did not submit a final ad.

In response to the alleged refusal, Planned Parenthood Federation of America has launched an online petition urging NBC to "stop silencing" ads referencing abortion. The petition has nearly 10,000 signatures. "It’s outrageous that NBC apparently blocked content simply because it included the word ‘abortion,'" Planned Parenthood Action Fund President Cecile Richards said in a statement. "We’re deeply troubled by what appears to be a new practice at NBC that belongs in another decade and feeds shame and stigma about abortion."

Planned Parenthood also sent network executives a letter, asking for "a full, clear statement of NBC’s standards" on the issue of abortion.

Most major broadcast networks err on the wholesome side, refusing to depict certain activities and products that have been stigmatized among the general public. For example, when was the last time you saw someone smoking a cigarette on your favorite CBS sitcom? (Answer: It's probably been awhile.) However, it's an odd choice to ban the word "abortion," considering the word is used on news programs and political talk shows left and right.

This wouldn't be the first time, though, that NBC was averse to the A-word. In a season 4 episode of its family ensemble drama Parenthood, a character decides to have an abortion and is shown waiting in the lobby of Planned Parenthood. However, the word "abortion" is never uttered, the characters instead verbally dancing around the subject.

When the episode aired, showrunner Jason Katims praised NBC for green-lighting the storyline:

The network was very, very supportive of us telling this story that we wanted to tell as long as we were going to do it in a way that was responsible. I think that it was definitely something that was discussed and talked about, but there was never a sense from them that they felt like we couldn't do this story.

Are NBC executives just squeamish about the word "abortion"? They certainly wouldn't be the only ones. A recent study found that abortion procedures are grossly misrepresented on film and TV, showing that the media has a long way to go to de-stigmatize the A-word.