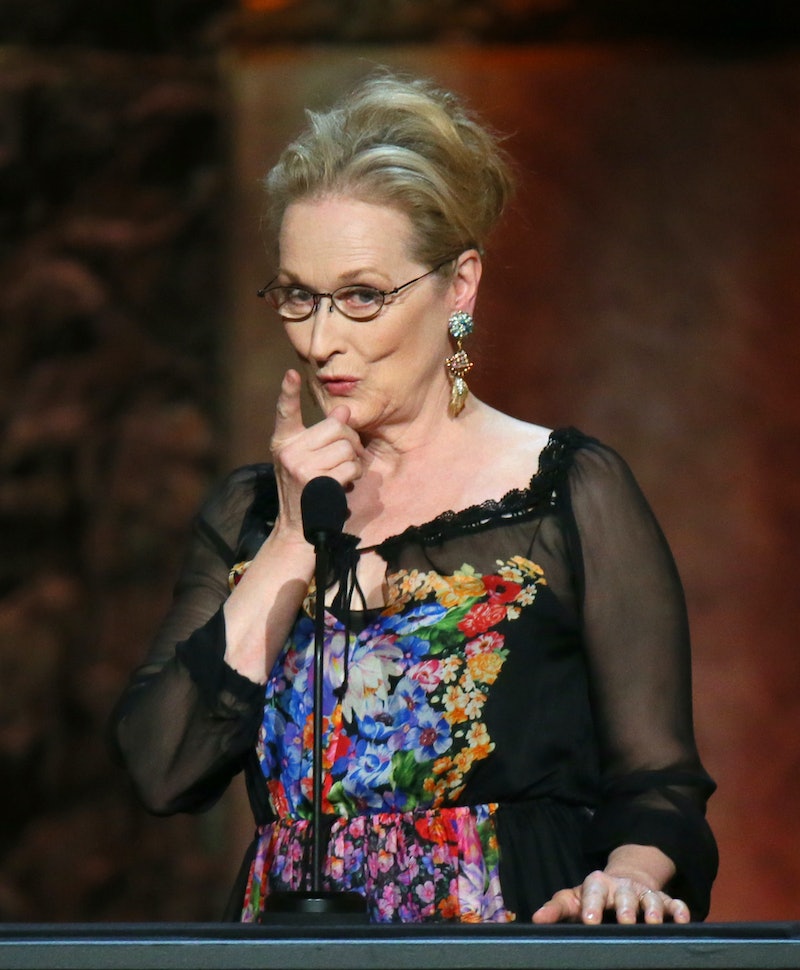 After being nominated for 18 Academy Awards (the most Oscar nominations for any actor in history), winning three of those awards, and starring in dozens of box office hits, it’s crazy — but not at all surprising — to know that Meryl Streep is still going at it after all these years. The world-renowned actress has accomplished a great deal throughout her career and has helped paved the way for other women in her industry. Often known for her role as a feminist icon in Hollywood, Streep, who turned 65 on Sunday, June 22, has taken embraced so many characters that make us even prouder to be tough and empowered women.

In honor of Streep and how much we love her, here are some of her most feminist roles that just scream girl power:

There’s nothing more amazing than Streep depicting the true story of a young Margaret Thatcher, who became the longest-serving Prime Minister of the United Kingdom of the 20th century and the only woman to hold office. Thatcher has been known for her firm stance in politics and her opposition to the Soviet Union and socialism, hence her nickname the Iron Lady and the Iron Maiden.

After a family comes face to face with two criminals, one of them being Kevin Bacon, it’s up to Streep’s character, an experienced white water rafter named Gail, to take care of everyone and find a way to help them escape. Go Mama Streep!

Aside from generally making its audience throughout the entirety of the film, this movie portrays not one but two men portraying their dreams and learning to overcome life’s obstacles to reach their goal. (Those life obstacles being book publishers and men. Ahem.)

This story illustrates how Virginia Woolf’s novel Mrs. Dalloway affects the lives of three generations of women, who have all experienced depression and suicide in some for during their lives. Streep’s performance here is emotional as she cares for her ex-boyfriend, an author, who is dying after a long battle with AIDS.

Streep’s performance as fashion magazine editor Miranda Priestly was not only powerful but also made magazine interns everywhere fear for their lives. Just kidding… kind of. However, though many of us chose to side with Anne Hathaway’s character, co-assistant Andrea Sachs, there’s no doubt that this character allows us to see what it’s like to be a female with so much power and who can break the glass ceiling. This movie really should have been called The Iron Lady Part II.

Seeing two women team up against a man who admits that he’d rather live his life without either of them and die than deal to live with both of them together for eternity (literally)? Yep, sounds about right. Ugh, boys.