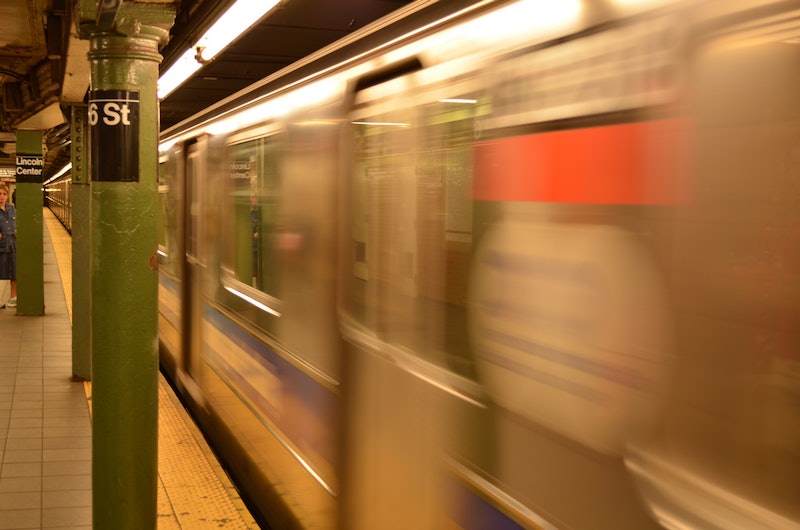 If you live in a major city with a subway system, odds are public transportation is a way of life for you. You probably know, down to the minute, how long any given metro ride will take, but do you know which subway stops are the safest and most dangerous? If you live in New York, the Daily News has you covered; over the weekend, they released a huge analysis detailing just how much crime went down at every single subway stop over a five-year period.

Using the NYPD’s data on almost 48,000 felonies and misdemeanors recorded from July 2008 to June 2013, the Daily News crunched the numbers and put ‘em all together into a whole bunch of nifty interactives for us train riders to play with. The rates are measured per 100,000 trips; for the curious, a trip is defined as when a rider swipes into a turnstile. Note that this definition doesn’t include transfers; if transfers were included, the crime rates at the express and transfer stations would be way lower. If a crime is committed aboard a train, it’s attributed to the nearest platform — usually the next station.

Here are the salient points by the numbers:

Predictably, the bigger stations like Times Sq./42 St. and14 St./Union Sq. generally see more crime than the smaller ones — except when we’re looking at a little station in Queens called Broad Channel. The Broad Channel stop for the A train has one of the highest crime rates in the city, with 112 felonies and misdemeanors being recorded over the five years of data. Only 224 people swipe into that station per day, which works out to 27 crimes per 100,000 trips. Sorry, Broad Channel riders. You may want to watch your backs. Wall Streeters, on the other hand? Congrats — you work and/or live near the stations with the lowest crime rates in New York. Bully for you.

Other major trends reported include the following:

You know what? Just for kicks, let’s take a look at the numbers for a specific station. I used to live at the Atlantic Av/Barclay Center stop in Brooklyn (although the Barclay Center definitely didn’t exist when I first moved in):

Atlantic Av/Barclay Center is both a big station and a major one for transfers, so it makes sense that the crime rate is a little on the higher end; on the plus side, there were no homicides there at all, and only one bomb scare (I remember when it happened, too). What I find most interesting, though, is when most of the crimes occurred: Three o’clock in the afternoon was the most crime-ridden hour, and Thursday the day of the week with the most crimes committed. And the Atlantic Av/Barclay Center station isn’t alone here; according to the Daily News’ analysis, the 3 p.m. hour — which, incidentally, is when school lets out — is prime time for crime across pretty much the entire system, with 4,668 incidents recorded as occurring then over the five years examined.

Head on over to the New York Daily News to get a little more hands on with everything — and while you’re at it, check out the Huffington Post’s guide to riding the subway without being a jerk. We could all use a little reminder every now and again.