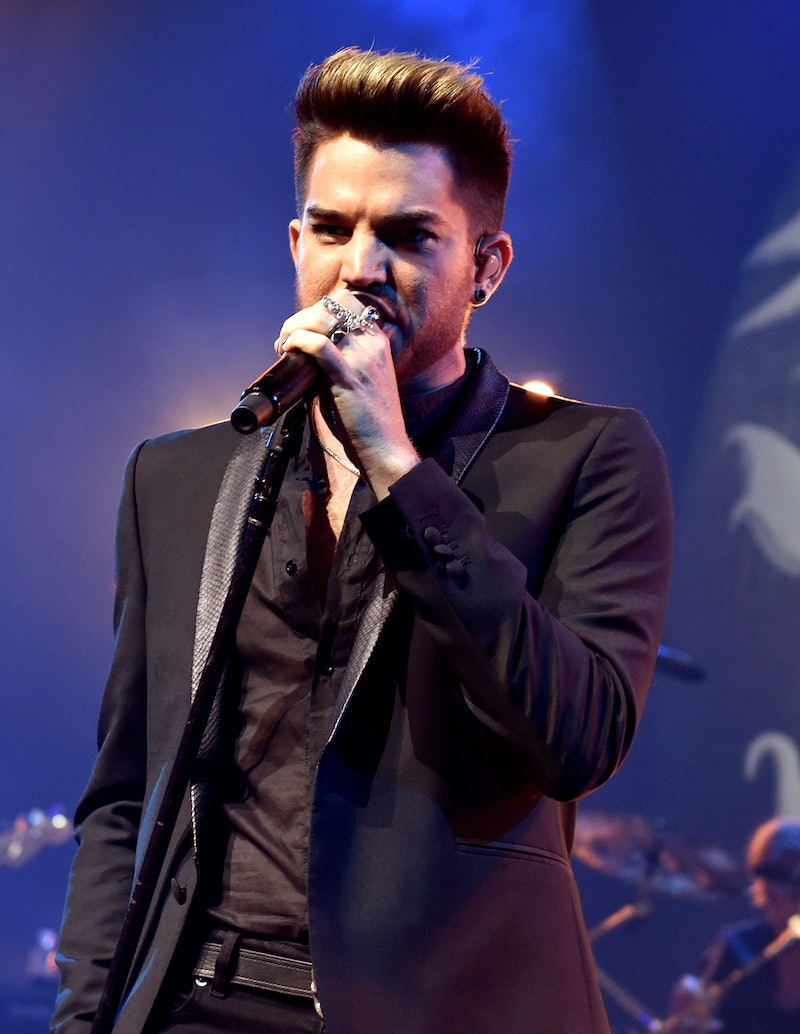 On Thursday, Adam Lambert kicked off his North American tour with Queen to rave reviews. Rolling Stone called Lambert’s opening night performance “brilliant,” while the Chicago Sun-Times praised Lambert’s “pop sensibility” and his “dizzying range” (they also cited Queen guitarist Brian May’s “unparalleled rock soloing technique” — ooh, la la!). It certainly sounds like Lambert and Queen have a hit show on their hands, which is great news, but fans are still waiting for Lambert to step up and answer one very important question: When can we expect to hear his next album?

Lambert released his last album, Trespassing, in May of 2012. Unfortunately, it failed to produce a hit single. In July of 2013, Lambert left RCA Records due to “creative differences” and began a recurring role on Glee. At the end of last year, Lambert said that “in theory” his next album would come out in 2014, but since then, information has been a little scarce. Thankfully, Lambert shared a few more details about his upcoming project in a new interview with Rolling Stone:

I’m not finished with that. I’ve done a lot of work and there’s some amazing music. We’d probably be able to put something out now, but I’m a perfectionist and I have to make sure that I love every song 100 percent and that they’re perfect for me. I maybe want to find even more material. I’m not going to rush a project like this.

Of course, it’s a little disappointing to hear that the album isn’t finished yet, but it’s also reassuring that Lambert is committed to creating quality music for his fans — no matter how long it takes. The only other information we have about Lambert’s new album came back in March, when Billboard reported that Lambert had traveled to Sweden to work with pop hit maker Max Martin and his collective of songwriters. Lambert collaborated with Martin on two songs that appear on his debut album, For Your Entertainment: “Whataya Want From Me” and “If I Had You.” U.K.-based singer-songwriter Joe Janiak, who spent time in the studio with Lambert in Sweden, told Billboard:

I think there are going to be big things on this record, because the focus is on really strong songwriting and performance and stuff like that. They’re really locking in on all of [Lambert’s] strong points and just making him even better.

That’s definitely exciting news! But the question remains: When will Lambert’s next album come out? Well, considering that his tour with Queen doesn’t end until sometime in September, I wouldn’t expect to hear new music from Lambert until at least October. Bummer. However, if Lambert releases his new album sometime during the fourth quarter of the year, it should benefit greatly from increased holiday sales. See? Every cloud has a silver lining.

So, if you’re jonesin’ for new Lambert, know that you’re not alone! I am, too. Lambert is reportedly continuing to work on new music during his downtime on the Queen tour, so hopefully we’ll get more details about his upcoming project very soon.