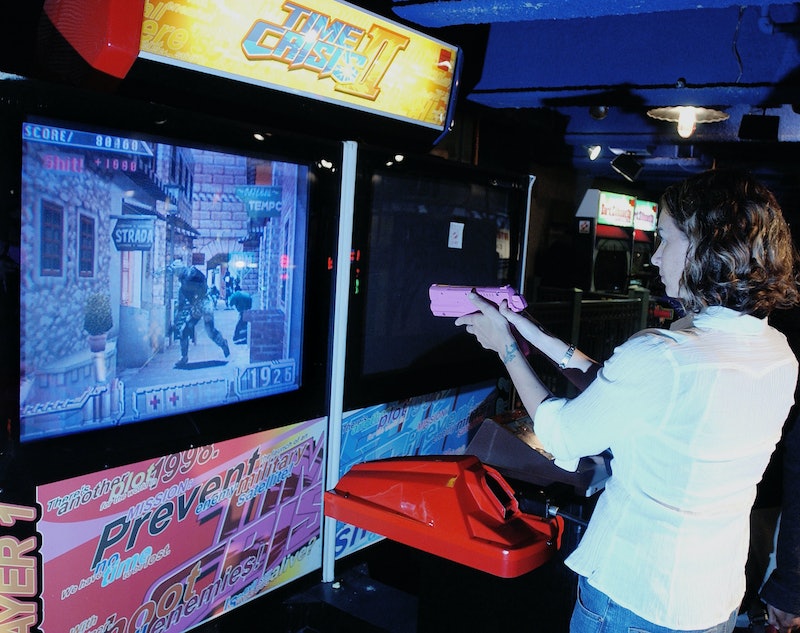 A video game...about boobs? That's the goal of Jenn Frank, video game writer and memoirist, and her new project The Boob Jam. The Boob Jam is an upcoming game jam ( in case you didn't know, a game jam is gathering of game developers that's intended to support the planning and developing of a new game in a short amount of time) devoted entirely to rethinking the way that women's breasts are depicted in video games. Cool, right?

Frank got the idea after she jokingly tweeted about getting deodorant all over one of her breasts:

Thus The Boob Jam was born. According to the project's site:

The Boob Jam aims to approach the topic of boobs from any angle except as a plaything for straight cis guys. (Which isn’t to say they can’t be, but let’s investigate other meanings or perspectives!)

I'm not a gamer by any stretch of the imagination (although I did beat Spyro 1 and 2 when I was like 14 ::brushes shoulders off::), so I don't know a lot about how breasts are currently depicted in video games, although obviously it's not hard to imagine. Here's what Frank has to say about boobs in the gaming world:

Game critics, players, and big-budge developers sure seem to love talking about boobs. It never ends! Are they too big, are they too small, are they not covered-up enough, are the boobs believable for the character…? Oh, and jiggle physics! Jiggle physics are a big deal!

Eesh. Jiggle physics? I mean, I get that that's a thing, but still.... eesh. Anyway, those kinds of male gaze-centric discussions are exactly what The Boob Jam is trying to work against. More from the site (I know I'm quoting a lot, but I love the way it's explained!):

...boobs aren’t necessarily playthings for other people. They’re just something we have. We live with “jiggle physics" every day. Sometimes boobs get in the way. Sometimes we have to cut them off. Sometimes it makes walking up the street a chore (since, after all, boobs can be the most salient sex or gender marker). Some of us wish we had boobs; some of us curse the day they arrived. Boobs are actually…kinda complicated!...Boobs mean a lot of different things to different people. They aren’t two adjustable or removable objects, even though we do culturally think about them that way. They are, in fact, a part of a human body.

What do boobs mean to a new mother, or to a new woman? To a person in actual, physical pain? What might they mean to a real superhero or armor-clad warrior? Or, if boobs really are sexual objects, who, besides straight dudes, can sexualize them?

Even though there's already been a little bit of pushback from men regarding the term "cis," it seems like Frank's project is garnering a lot of support in the gaming community. I'm really eager to see what The Boob Jam will accomplish in terms of getting an actual game produced — I can't even wrap my mind around what it might be, crime-fighting bras or warrior lactating breasts?!!?! — but I'm already commending Frank for opening up a space for discussion about gendering and women's bodies in the gaming world.