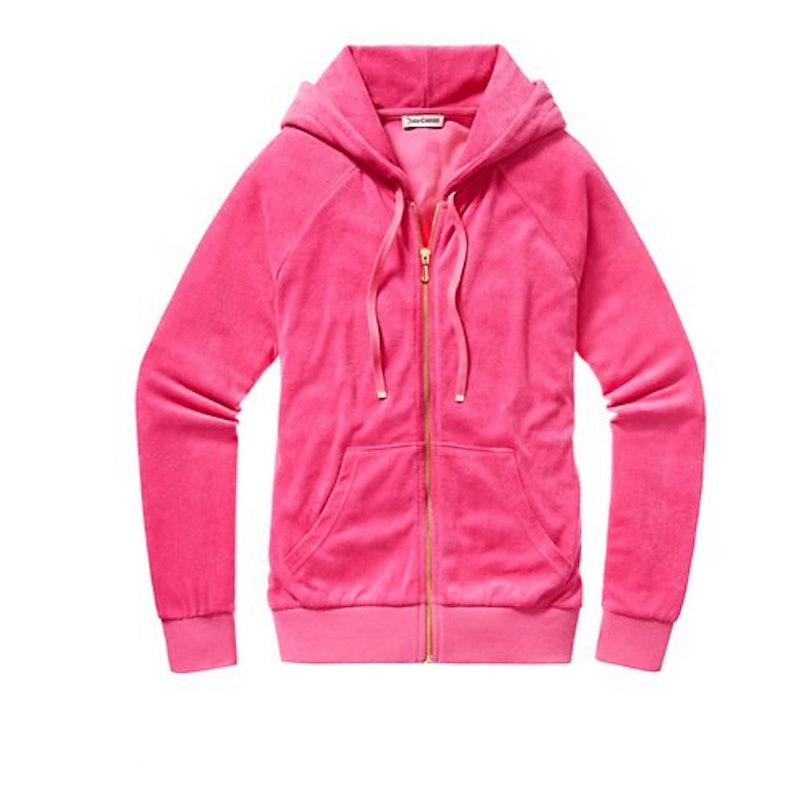 Monday morning, my heart broke as I read the news that Juicy Couture would be closing all of its stores in the United States, and moving into selling a more affordable line of their cherished sweatsuits at that favored shopping grounds of moms everywhere (and nightmare experience for everyone else): KOHL's.

It's not that I think spending over $200 for a sweatsuit is reasonable, nor do I stick to my strict middle school wardrobe of a Juicy-a-day, but this announcement brings a serious blow to junior high ensembles everywhere. How will teenagers of 2015 and beyond display their commitment to trend conformism now?

The satisfaction of pulling up a dangling "J" zipper on your first powder blue or maroon or black rhinestone embellished velour sweatsuit is unlike any other. This is yours. It's expensive, it's special, and if you're not spoiled with a rainbow of different tracksuits in your 13-year-old wardrobe (no comment on the contents of a certain box under my bed...), you may actually learn to cherish and take care of your clothing, rather than toss it out in exchange for the new hottest fashion fad. It may seem like a stretch, but hear me out: The Juicy tracksuit was a pre-cursor to the very adult action of investing in dry-clean only dresses and designer denim instead of stocking up on $5 tees at fast fashion mega stores.

Juicy is classic, timeless, and feels like a response against the trend-heavy, dirt cheap pieces sold at popular teen mall stores like Forever 21 and H&M. "Made in the Glamorous USA" as the signature tags pointed out, is a high selling point for Juicy.

Juicy may not actually be couture, but the brand got me into fashion, made me conscious of what I was wearing, and how I wanted to follow trends without looking exactly like everyone else. After all, these tracksuits came in tons of colors, which you could, theoretically, mix and match — but obviously never would.

Of course, the halls of my middle school were constantly entrenched with a Juicy Couture wearing army, and if I was really a trendsetter I could have bought my pocketed velour pants from Target, but Juicy had this certain allure. Worn by celebrities and teenage royalty alike, Juicy was just expensive enough; a tracksuit could easily be earned with a few additional weekend nights spent babysitting. It took just enough extra effort to make the piece feel precious.

And I'm not going to lie — I think I look good in Juicy. It's well-tailored, slim-fitting, and makes you look slightly better when grocery shopping at 2 a.m. than if you were wearing any old baggy sweatpants. Sure, track suits are tacky — especially ones of the sequined/crushed velvet variety — and Juicy can be gaudy, but the closing of the stores truly marks the end of an era.

Are sweatpants a luxury good? Absolutely not. But when something as little as a pair of soft pants can make you feel special, I don't think they're so terrible. RIP, Juicy. You will be sorely missed.